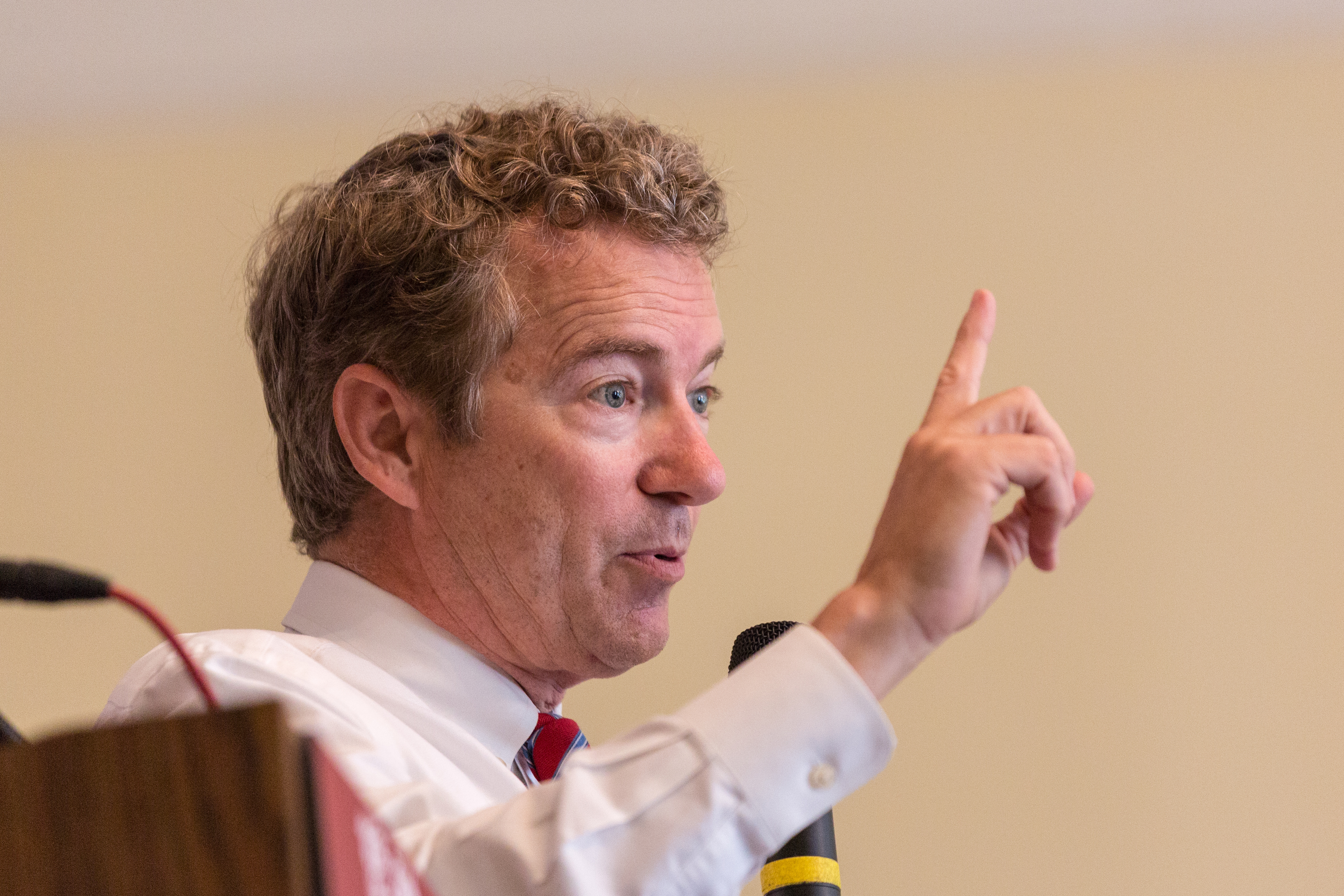 Sen. Rand Paul, R-Kentucky may not be ready to announce his own presidential aspirations just yet, but he's already taking aim at a likely Democratic contender, former Secretary of State Hillary Clinton.

He told the crowd at an event for Kansas Republicans, "Hillary Clinton comes up and she says, 'Businesses don't create jobs.'"

"Anybody here think businesses don't create jobs?" he said, according to Buzzfeed, as he referenced one of Clinton's comments from the campaign trail earlier last week.

Clinton came under fire last week after telling a crowd, "Don't let anybody tell you that it's corporations and businesses that create jobs. You know that old theory, trickle-down economics. That has been tried, that has failed. It has failed rather spectacularly." She was campaigning for Massachusetts Democratic gubernatorial nominee Martha Coakley.

Paul turned Clinton's line on its head, telling the crowd, "I'm here today to endorse Pat Roberts and Sam Brownback, because you know what? They know that businesses do create jobs, and I hope you know that too."

Paul has been an active surrogate on the campaign trail this year and is considering a 2016 presidential bid, when he could face Clinton if they both run and secure their party's nomination. This isn't the first time that Paul has gone out of his way to criticize her.

In late September, Paul suggested Clinton had proven herself incapable of handling a major overnight crisis, pointing to her response to the 2012 attack on the U.S. diplomatic facility in Benghazi, Libya.