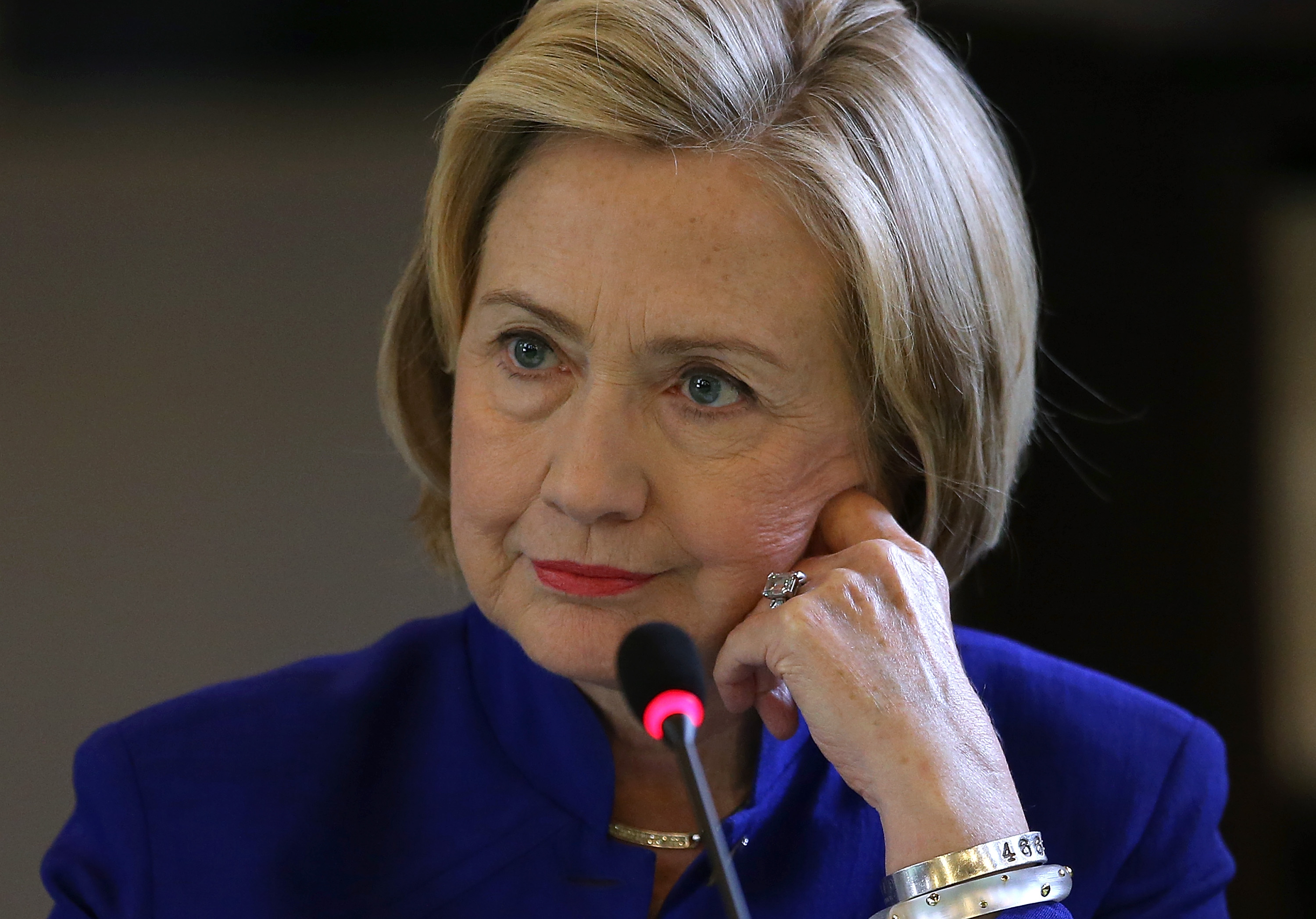 Former Secretary of State Hillary Clinton tends to be much more popular when she's out of politics rather than in the thick of it, a new poll finds.

The latest Wall Street Journal/NBC News poll released Tuesday found that 43 percent of registered voters say they have a positive view of Clinton, a sharp drop from her approval rating of 59 percent in February 2009 when she had just been named President Obama's secretary of state. Forty-one percent of registered voters said in the most recent poll that they view Clinton negatively, compared with just 22 percent in 2009.

Polling from the same outlets has shown that Clinton's favorability remained over 50 percent during her entire tenure at the State Department and began their serious decline after she left office in the beginning of 2013.

Other politicians have not seen the same trend. Two former presidents, Bill Clinton and George W. Bush, both saw their approval ratings rise once they left office. The difference, of course, is that Hillary Clinton's political life is not over as she is thinking about running for president again.

Her approval rating is especially precarious among Republicans. Although roughly a quarter of registered GOP voters said they viewed Clinton positively in 2009, that number fell to just 14 percent in the latest poll. Her negative ratings also jumped from 52 percent in 2009 to 70 percent this month among Republicans.

Democrats also view her less favorably, down from 87 percent in 2009 to 72 percent today, and the percentage of those who disapprove of her rose from 3 percent to 13 percent. Independents were once twice as likely to view her positively as negatively; now 40 percent of registered voters hold positive views and 35 percent negative views.

One bright spot in the poll is that Clinton is still viewed more positively than negatively, overall. Three other potential Republican presidential candidates - Kentucky Sen. Rand Paul, Florida Gov. Jeb Bush and even former Republican nominee Mitt Romney, who some Republicans would love to see take a third shot at the White House - have higher negative ratings. Only Sen. Marco Rubio, R-Fla., manages an even split with 21 percent of people viewing him positively and 21 percent viewing him negatively.

The poll, based on nationwide landline and cell phone interviews with 1,000 registered voters, was conducted from Sept. 3-7, 2014 by the polling organizations of Bill McInturff at Public Opinion Strategies and Fred Yang at Hart Research Associates. The data's margin of error is plus or minus 3.1 percentage points.