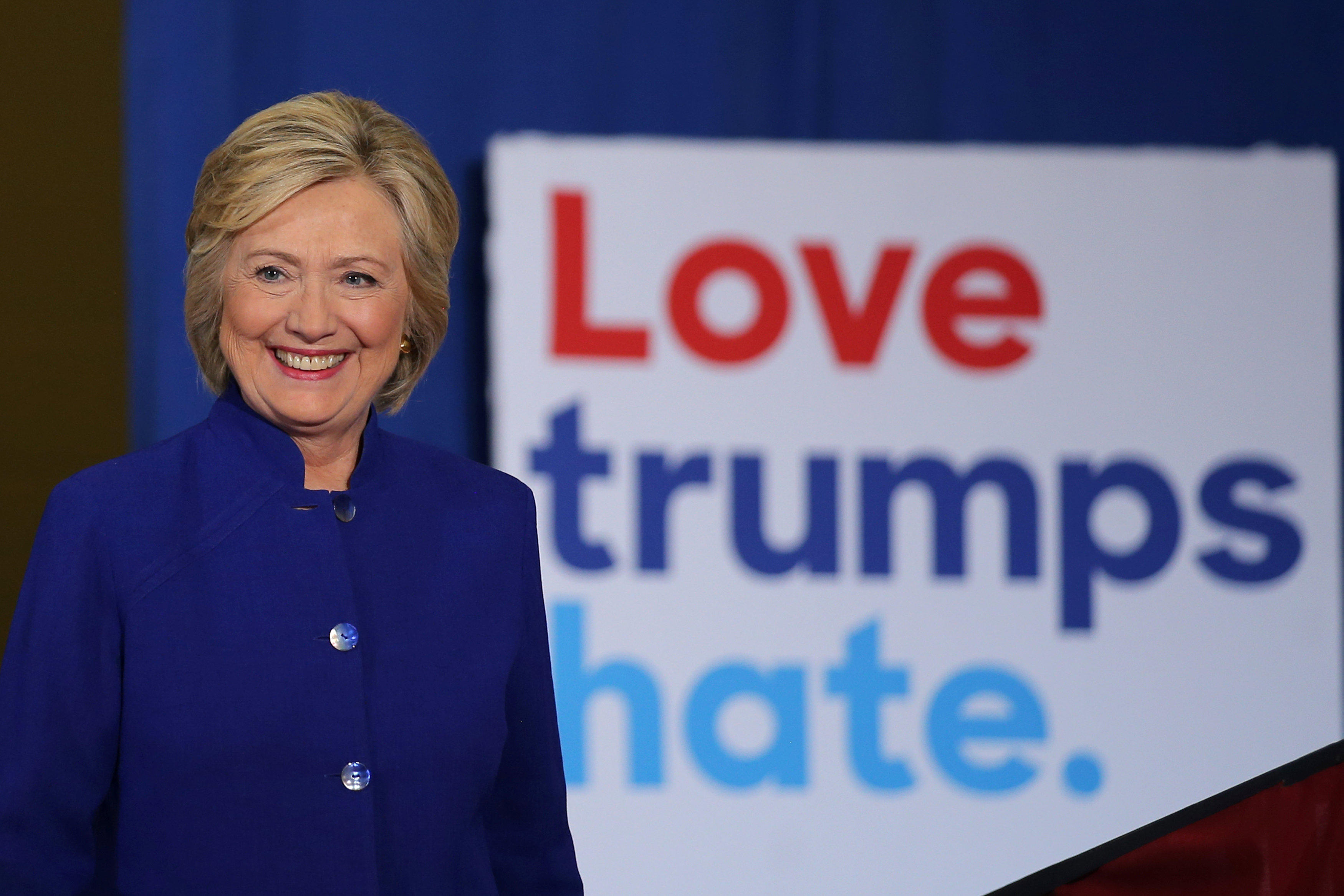 Hillary Clinton this week released an ad showing a series of individual girls looking at themselves in the mirror with voiceovers from clips of Donald Trump making degrading comments toward women.

“I’d look her right in that fat, ugly face of hers,” Trump, the GOP presidential nominee, says in the first clip in the 30-second ad.

“She ate like a pig,” Trump said, which appeared to be from an interview on CNN.

The last words from Trump in the ad are provocative -- the viewer hears someone question Trump: “So you treat women with respect?” And he responds, “I can’t say that either,” laughing a little. The Washington Post reported in June -- when the clip was used in another ad supporting Cinton -- that the context was missing from this clip. The voice asking the question in the 1992 interview belongs to shock jock Howard Stern, who was asking him about a New York magazine profile which attributed to Trump that idea that beautiful women “who like to be abused” should be treated “like s---.” Here’s some fuller context from that interview, that is not included in Clinton’s ad (the bolded part is what was used in the June ad and the ad released Friday), according to the Washington Post:

Stern: “So you never did say that?”

Trump: “No, I never said that, but it was attributed to me.”

Stern: “I see. So you treat women with respect?”

Stern: “All right, good, all right. Somewhere in between –”

Trump: [Interrupts Stern] “I do, I do. I treat women with great respect.”

Stern: “– treat somewhere in between respect and doodoo.”

The ad closes with the words, “Is this the president we want for our daughters?”

The ad is airing in key battleground states: Ohio, New Hampshire, Iowa, Florida, Nevada, North Carolina, Pennsylvania and on national cable, according to the campaign.

The ad comes out a few days before Clinton faces off against Trump in the first general election presidential debate on Monday evening.