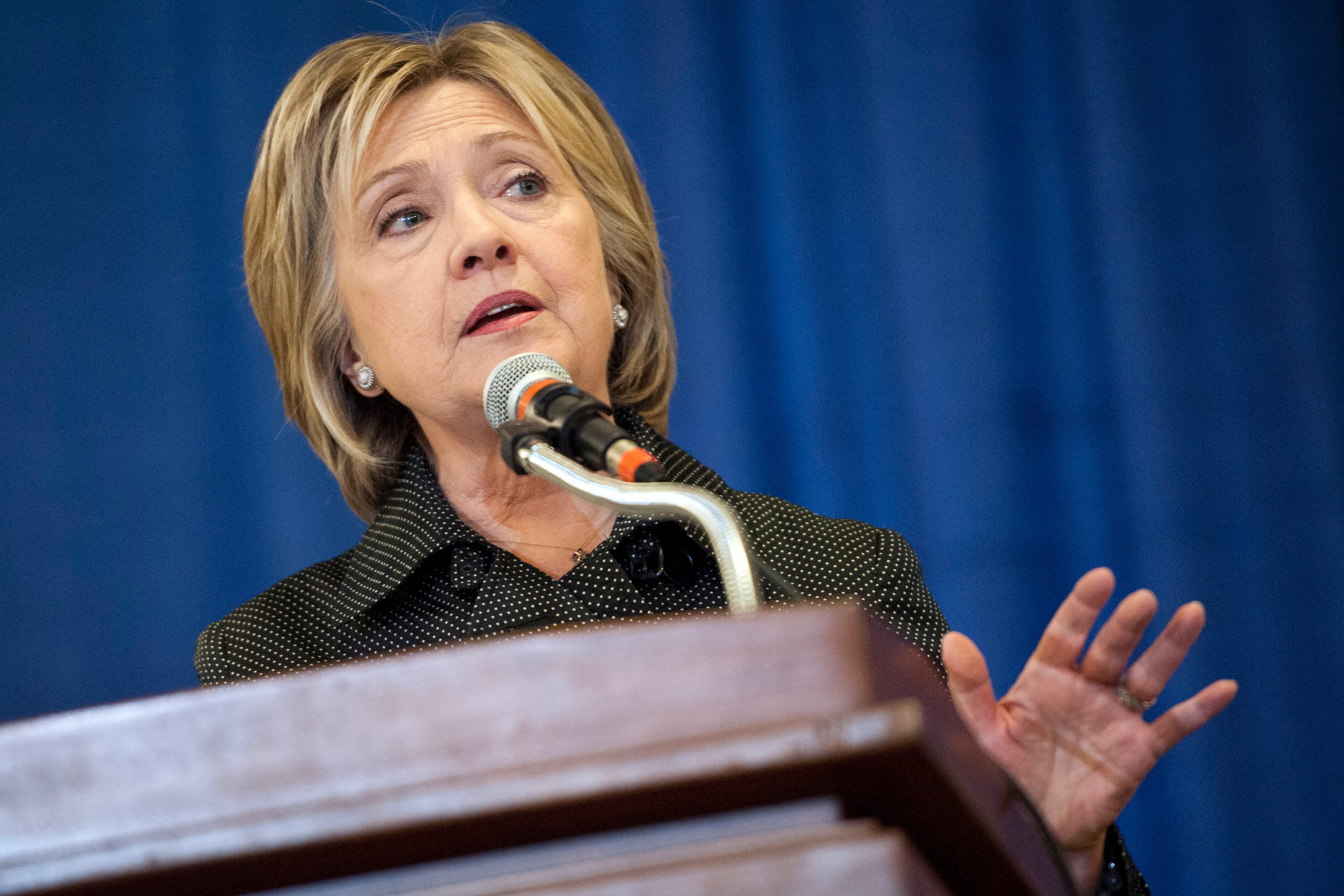 AMES, Iowa -- Hillary Clinton's campaign is working to clarify the connection Clinton made between Wall Street, campaign finance and the terrorist attacks on 9/11 during Saturday's Democratic debate.

Bernie Sanders, asked about the donations that Clinton receives from Wall Street, mocked the idea that campaign contributions don't influence politicians. Clinton interrupted him to say she has "hundreds of thousands" of small-dollar donors, and then pivoted to her work as a senator.

"I represented New York and I represented New York on 9/11 when we were attacked," she said. "We were attacked in downtown Manhattan where Wall Street is. I did spend a whole lot of time and effort helping them rebuild. That was good for New York, it was good for the economy, and it was a way to rebuke the terrorists for an attack on our country."

Jennifer Palmieri, Clinton's communications director, told reporters gathered in Ames on Sunday to cover Clinton's remarks at a barbecue that Clinton doesn't need to defend herself when it comes to her donors.

"The point that she was making is as senator, she did things that were supportive of Wall Street, particularly after 9/11," Palmieri said at the event hosted by local Democrats. "But she also spoke out as senator, and now, when she thought they were going too far and pursuing reckless behavior."

In her speech, Clinton made no mention of Wall Street and emphasized that her focus is squarely on the needs of middle class families.

"I was the only one of the debate stage last night who would commit to do everything I can to raising your wages, not your taxes," she said, highlighting what Palmieri said was her most important moment during the debate.

Former President Bill Clinton, who was in Des Moines for the debate and accompanied his wife to the barbecue, called the charge that Clinton is too cozy with Wall Street is "a stretch."

"Those of us who were there know that," he said, speaking to reporters.

But Martin O'Malley, who spoke after Clinton at the barbecue, continued to needle her for trying to "mask" her ties to Wall Street with an ill-timed reference to the tragedy on 9/11.

The exchange in question between Clinton and Sanders was the most talked-about moment of the debate on Facebook, and it continued to make news the morning after. Stephanie Cutter, a Democratic strategist, was asked about Clinton's comments on ABC's This Week.

"I don't think that was the finest moment of the debate and I think she's going to have to answer to that," Cutter said. "You know, getting into a position of defending Wall Street is a problem for her."

But Palmieri said she doesn't believe that what Clinton said will be a problem for her down the line.

"I don't think that this is something that caucus-goers in Iowa or voters are going to focus on," she said. "What they are really going to care about is that she's focused on raising incomes for the middle class."