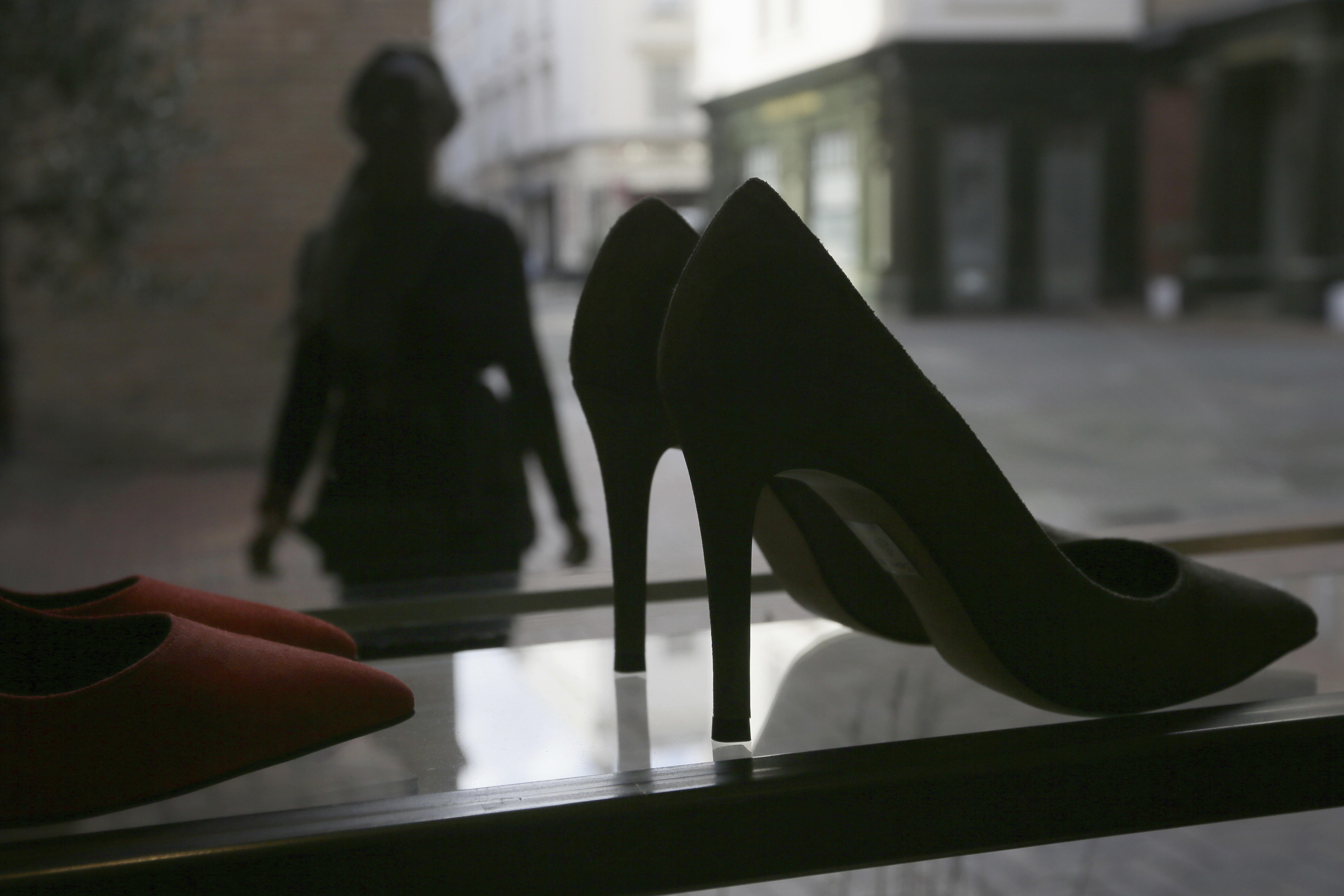 British lawmakers focused on footwear Monday, asking whether employers should be allowed to tell female workers wear high heels as part of a corporate dress code.

Members of Parliament are debating a ban on mandatory workplace high heels, in response to a petition started by a receptionist who was sent home without pay for wearing flat shoes.

Nicola Thorp was told in December 2015 that her shoes were unacceptable for a temporary assignment in London with finance firm PwC.

“My manager met me at reception and said, ‘Well you can’t wear those!’” Thorp told CBS News in late January.

Her employment agency, Portico, had a dress code specifying that female workers must wear non-opaque tights, have hair with “no visible roots,” wear “regularly re-applied” makeup, and appear in shoes with a heel between 2 to 4 inches (5 to 10 centimeters) high.

For Thorp, that was a step too far.

“Within three days, it had over 100,000 signatures,” Thorp said in January. That made it eligible for a debate in Parliament.

Thorp told the BBC that “dress codes should reflect society.”

“Twenty years ago, women weren’t allowed to wear trousers in the same role that I’m doing now,” she said. “And it’s only because some women spoke up about that and said, ‘We feel like we have a right to wear trousers,’ that that’s changed.”

Monday’s debate is non-binding, but the political pressure for companies to scrap mandatory high heels is building. British law forbids companies from discriminating against women, but Parliament’s Women and Equalities Committee said in a report sparked by Thorp’s experience that “discriminatory dress codes” remain commonplace.

The lawmakers said they heard from hundreds of women “who told us about the pain and long-term damage caused by wearing high heels for long periods in the workplace, as well as from women who had been required to dye their hair blonde, to wear revealing outfits and to constantly reapply makeup.”

The committee also heard from the College of Podiatry, which said women who wear high heels for long periods of time have “reduced balance, reduced ankle flexion and weaker muscle power in the calf,” and are prone to disabling pain.

The committee urged the government to enforce existing laws against discrimination and impose higher fines on companies that break the rules.

CBS News also spoke with Susan Scafidi, a professor at Fordham Law School, in January, about the case and asked if such mandates are legal in the U.S.

“It’s really objectifying, and I don’t understand why some of these male or female employers are so attached to this, almost like ‘Mad Men’ era, of men looking like men and women looking like women,” Thorp said. “And I think that in 2017 moving forward, we’re blurring gender lines and sexuality lines. We need to get rid of that.”

In response to Thorp’s petition, the British government said the law already specifies that dress codes must be reasonable and “make equivalent requirements for men and women.”

“Employers should not be discriminating against women in what they require them to wear,” the government said.

Thorp’s petition has already caused one change. Portico announced last year it was amending its policy to adopt a gender-neutral dress code and to allow workers to wear flat shoes if they prefer.