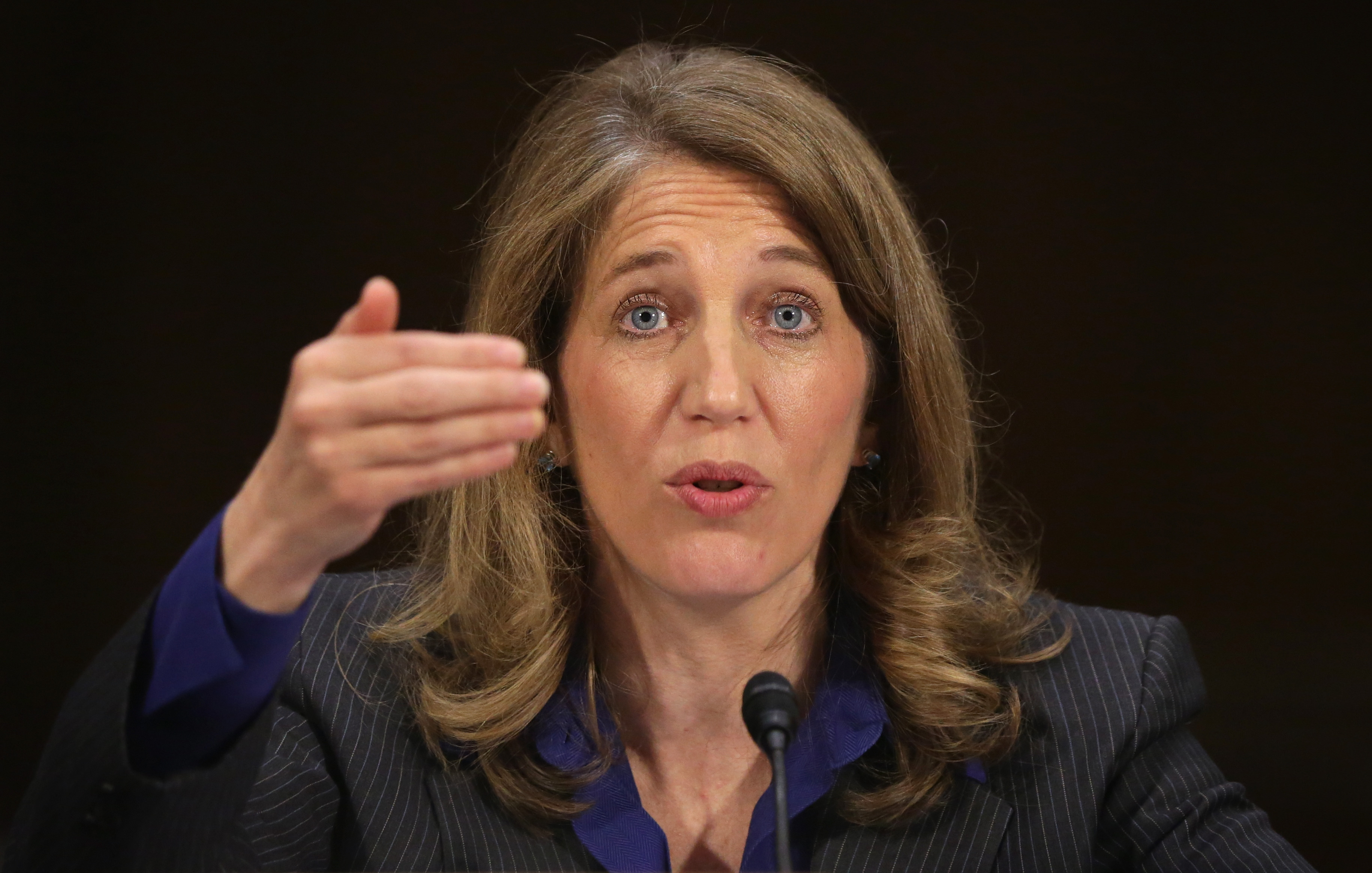 Sylvia Mathews Burwell, who will take over implementation of Obamacare if she is confirmed as health and human services secretary, told senators that the law has improved the economy, held down the growth of health costs, reduced premiums and expanded coverage.

The law "is making a positive difference," Burwell, who now serves as Obama's budget director, said in testimony before the Senate Health, Education, Labor and Pensions Committee, the first of two Senate committees that will hold hearings on her nomination.

"The department's work to ensure accessible, affordable, quality health care through the implementation of the Affordable Care Act is making a difference in the lives of our families and our communities while strengthening the economy," she said. "Together, all of this work forms the foundation of a stronger middle class, a more prosperous economy, and healthier communities."

Republican senators disagreed. The top committee Republican, Sen. Lamar Alexander of Tennessee, warned her that Republicans hope to retake the Senate in November and scale back the law in numerous ways.

"Republicans want to repair the damage Obamacare has done," Alexander said. "I and others said it would increase health care costs, and it has...We said people would lose their choice of doctors, and many have. We said Obamacare would cancel policies, and it has."

But at the same time, Alexander cited Burwell's "reputation for competence," and Sen. Richard Burr, R-N.C., declared he plans to vote in favor of her nomination, calling her a "tremendous asset."

"Many of us in this room...disagree about the merits of Obamacare and what the path forward should be to reform our health care system," said Sen. John McCain, R-Ariz., who introduced Burwell to the committee before her testimony. "I continue to believe the Affordable Care Act should be replaced and modified. But notwithstanding that disagreement, I am pleased to introduce Sylvia Burwell."

McCain said he knows "no one" who doesn't have the "highest praise for her work" in her previous bouts of public service.

The exchanges pointed to a potentially smooth confirmation for Burwell even as her nomination hearings allow Republicans to focus renewed election-year attention on the unpopular health law. Burwell was unanimously confirmed by the Senate last year as budget director, and no senator has announced opposition so far to her nomination to the HHS post.

Burwell is Obama's choice to replace Health and Human Services Secretary Kathleen Sebelius, who resigned last month after presiding over the passage of the health law and the disastrous rollout of the federal enrollment website. Sebelius announced her departure just as the law had begun to recover with stronger-than-expected sign-up numbers.

Although a surge of sign-ups rescued the health law's big enrollment launch from failure, Burwell faces significant challenges in sustaining that momentum next year. The federal HealthCare.gov website will be called on to handle more states with less money for consumer outreach.

In advance of Thursday's hearing, Burwell got a boost from the health insurance industry. Karen Ignagni, head of America's Health Insurance Plans, issued a strong statement of support, calling Burwell "uniquely qualified to lead HHS during this critical time."

Burwell, a native of tiny Hinton, W.Va., was deputy chief of staff in the Clinton White House and later served as president of the Bill & Melinda Gates Foundation's Global Development Program and then the Wal-Mart Foundation, before returning to the White House last year to run the budget office under Obama.

If confirmed, she will preside over a $1 trillion bureaucracy that rivals the Pentagon in complexity.

The Health Committee won't actually vote on Burwell's nomination; that task falls to the Senate Finance Committee, which has yet to schedule its hearing.