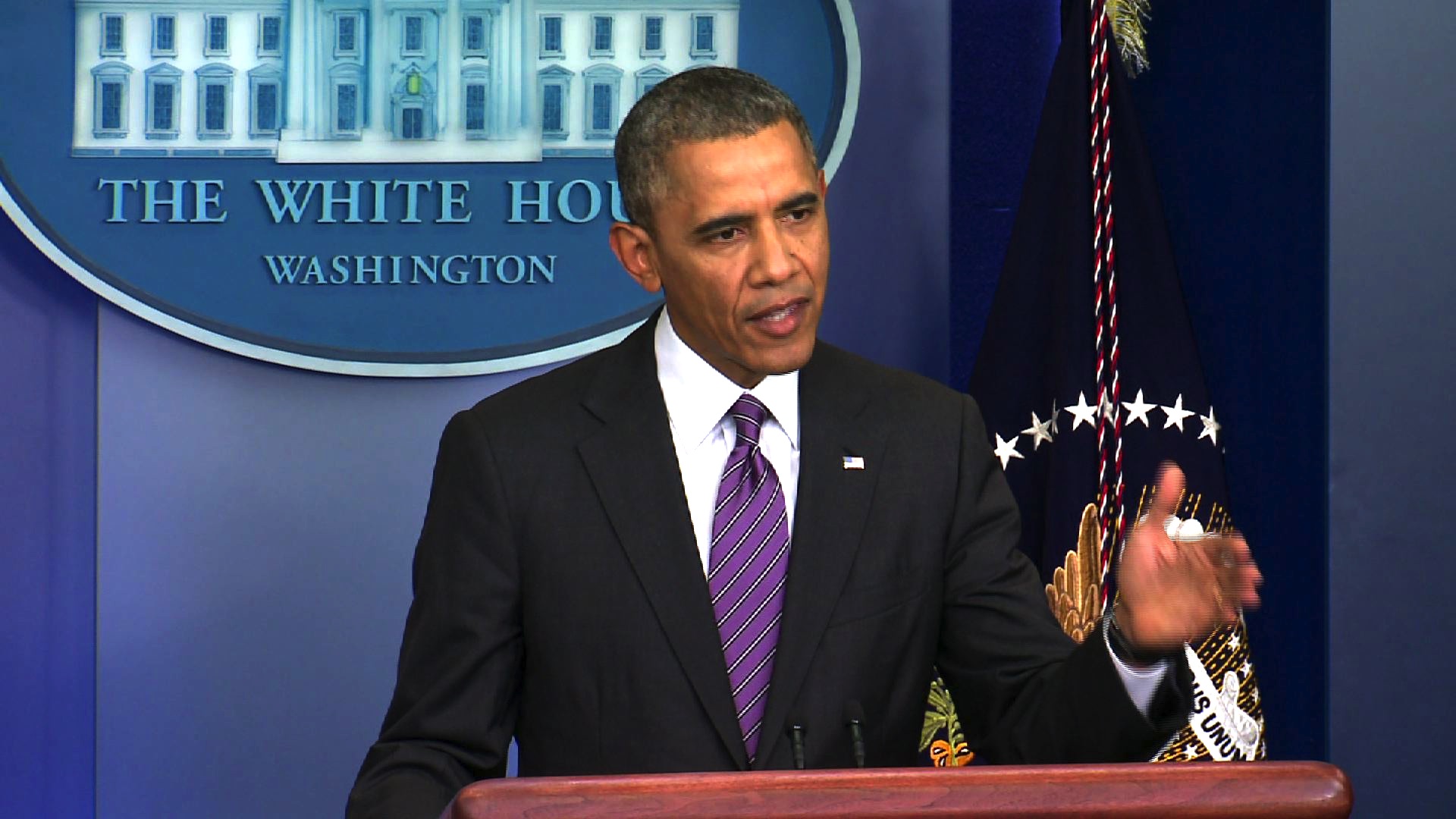 "This thing is working," Mr. Obama said from the White House briefing room, scolding the Republican Party for keeping up its call to repeal the law. "I know every American isn't going to agree with this law, but it's well past time to move on as a country and focus our energy on the issues that people are most concerned about."

The new enrollment data comes about two weeks after the six-month open enrollment period on the Obamacare marketplaces came to a close. The president pointed to other data points suggesting the law is working. For instance, 35 percent of those who signed up for private Obamacare plans are under 35 years old, the administration says. Health care experts have said that the marketplaces would need younger, healthier adults to make up about 40 percent of the marketplace in order for it to stay robust.

Mr. Obama also pointed to a recent report from the nonpartisan Congressional Budget Office suggesting that its costs will be lower than expected. Furthermore, he noted, since the law was passed in 2010, health care spending has risen more slowly than at any other time in the past 50 years. The real Medicare cost per person has nearly stopped growing, he said, while the life of the Medicare trust fund has been extended by 10 years.

Mr. Obama said he found it "strange" that Republicans "still can't bring themselves to admit the Affordable Care Act is working."

"I recognize that their party is going through, you know, the stages of grief, right?" he said. "Anger and denial and all that stuff. And we're not at acceptance yet. But at some point, my assumption is, is that there will be an interest to figure out, how do we make this work in the best way possible?"

He specifically chided Republican state leaders who have chosen not to expand Medicaid "for no other reason than political spite."

Report: Obamacare sign-ups surge as open enrollment begins
More
In 2012, the Supreme Court let states opt out of the Obamacare policy of expanding Medicaid (a joint federal-state program) to everyone below 138 percent of the federal poverty line. So far, 26 states and the District of Columbia have decided to expand the program. Data shows that there are about 5 million people who fall in the "Medicaid gap" -- their states have not expanded Medicaid, but they can't afford private insurance on the Obamacare marketplace. Those 5 million, consequently, have been left without insurance.

"That's wrong. It should stop," Mr. Obama said Thursday. "Those folks should be able to get health insurance like everybody else."

New data examining the rates of Americans without insurance has illustrated the clear disparity between red states and blue states.

The president on Thursday also reiterated that military options are not on the table in Ukraine.

"What we have to do is to create an environment in which irregular forces disarm, that the seizing of buildings cease, that a national dialogue by Ukrainians -- not by Russians, not by Americans, or anybody else, but by Ukrainians - takes place, they move forward with reforms that meet the interests of the various groups within Ukraine, they move forward with elections, and they start getting their economic house in order," he said.

While the U.S. and other nations belief Russia has had a part in the chaos there, he said "there is an opportunity for Russia to take a different approach."

"We are encouraging them to do so. In the meantime, we're going to prepare additional responses, should Russia fail to take a different course," Mr. Obama said. "We've already had an impact on their economy. That is well-documented. It could get significantly worse."