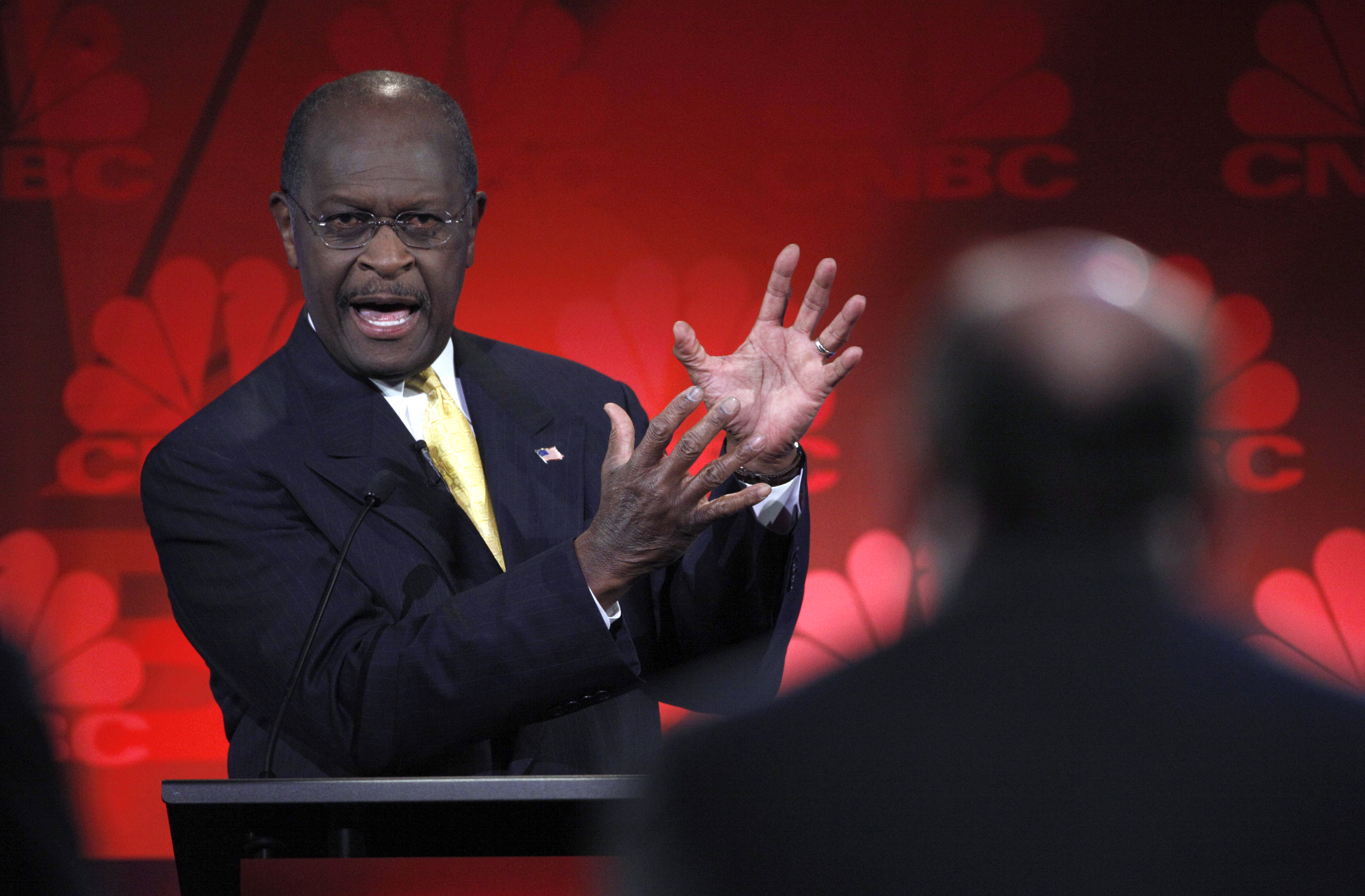 In a move that immediately had the Twitter-sphere reeling in apparent disbelief, Herman Cain on Wednesday coined a new nickname for House Minority Leader Nancy Pelosi: "Princess Nancy."

Cain, speaking at CNBC's Republican presidential debate in Michigan, was referencing a Republican health reform plan that stalled in committee because "Princess Nancy sent it" there.

But, he said, "We didn't hear about it in the previous Congress because 'Princess Nancy' sent to it committee and it stayed there. It never came out."

Commenters on Twitter immediately jumped on Cain's use of the term "Princess" - particularly in light of the recent sexual harassment allegations with which the candidate has been charged.

The New Yorker's Ryan Lizza added: "Princess Nancy"! That will be really helpful for Cain's reputation as someone who has utmost respect for women."

Meanwhile, the Huffington Post's Sam Stein wrote: "When you're accused of serial sexual harassment, you should probably stay away from calling the top dem official in the house "princess."

Someone by the Twitter handle of "Princess Pelosi" - who first Tweeted on November 4 - responded to Cain's remark with a sarcastic message: "I love when Herman Cain calls me a #princess it reminds me of my place #cnbcdebate #gopdebate #generalaxelrod".

According to the Washington Post, Cain said on CNBC later that he regretted the phrase.

"That was a statement that I probably shouldn't have made, but I was trying to make a point,"he said.

Cain wasn't the only candidate on the stage to invoke a facetious nickname: Michele Bachmann referred to Obama adviser David Axelrod as "General Axelrod," a moniker she has used several times in recent weeks.

Republican debate winners and losers: A disastrous night for Perry
Cain blasts "character assassination" against him
Charged with inconsistency, Romney points to his marriage
Rick Perry fails to remember what agency he'd get rid of in GOP debate