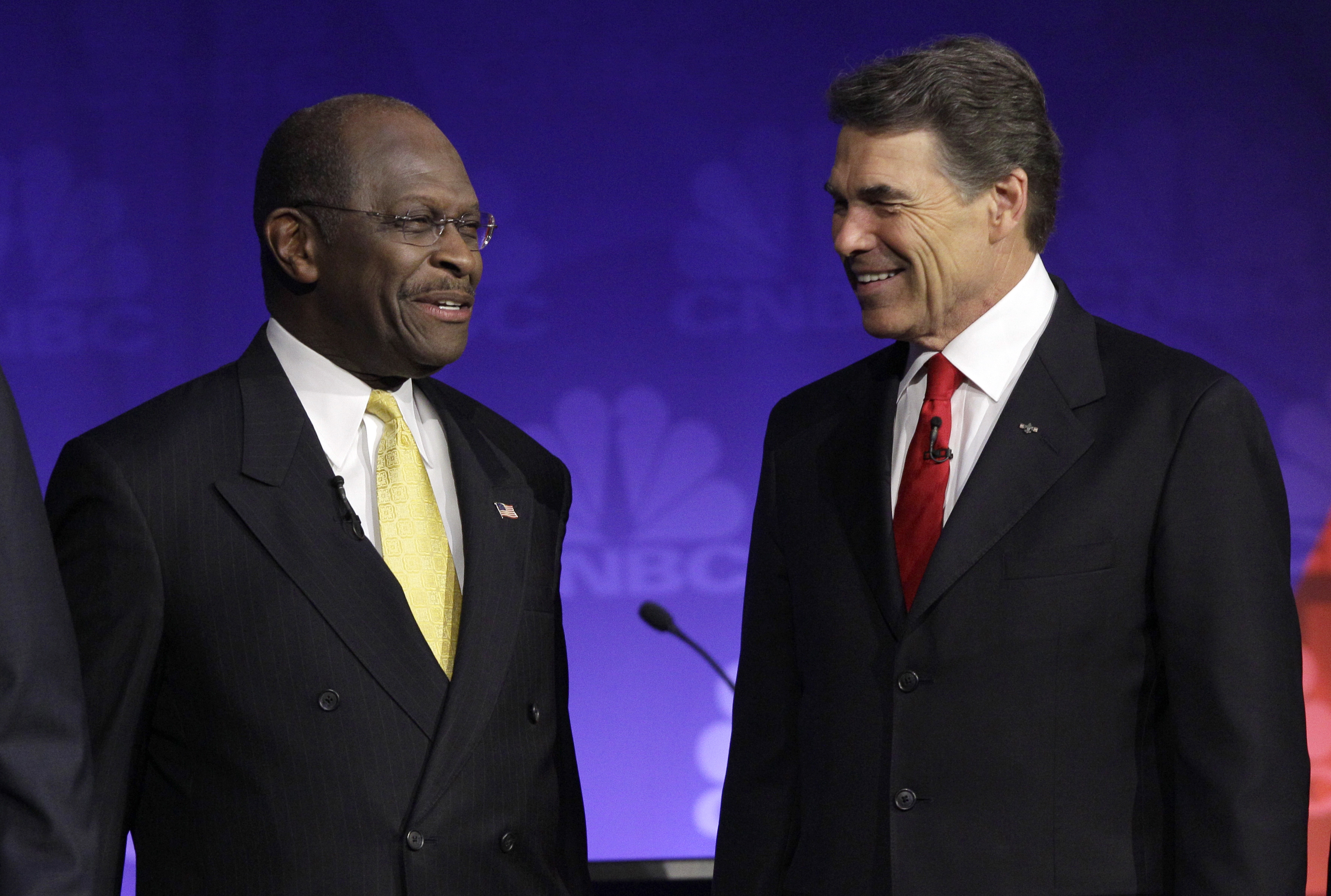 Herman Cain continued to defend himself Wednesday against a slew of sexual harassment charges leveled against him, arguing at CNBC's Republican presidential debate that the American people "deserve better than someone getting tried in court of public opinion based on unfounded accusations."

When asked about the recent allegations - a question that was met with boos from the audience - Cain said voters "don't care about the character assassination."

"They care about leadership and get thing economy growing and all of the other problems we face," he said.

The Republican presidential hopeful has been dogged over the last nine days by a series of allegations that he acted sexually inappropriately toward a number of women in the 1990s. Earlier this week, two women spoke publicly about incidents surrounding the allegations.

Cain, who has repeatedly asserted his innocence, argued Wednesday that most Americans aren't buying the charges against him.

"I value my character and my integrity more than anything else. And for every one person that comes forward with a false accusation, there are probably -- there are thousands who would say none of that sort of activity ever came from Herman Cain," he said.

He pointed to a recent surge in campaign earnings as evidence of his continued popularity.

Since word of the accusations against Cain surfaced, his campaign has touted what they say are record-breaking fundraising figures as evidence of the candidate's continued support. In an e-mail on Nov. 1, the campaign boasted that Cain had raised $400,000 in donations the day after the allegations surfaced alone. According to an e-mail the following day, Cain's team wrote that "within the last 48 hours, Mr. Cain's campaign has received nearly a million dollars from supporters all across the country."

When asked if he was "persuaded" by Cain's response to the allegations, former Massachusetts Governor Mitt Romney said it was up to "the people in this room and across the country" to "make their own assessment."

When the moderator changed the subject, the crowd cheered.

Republican debate winners and losers: A disastrous night for Perry
Herman Cain's nickname for Pelosi: "Princess Nancy"
Charged with inconsistency, Romney points to his marriage
Rick Perry fails to remember what agency he'd get rid of in GOP debate