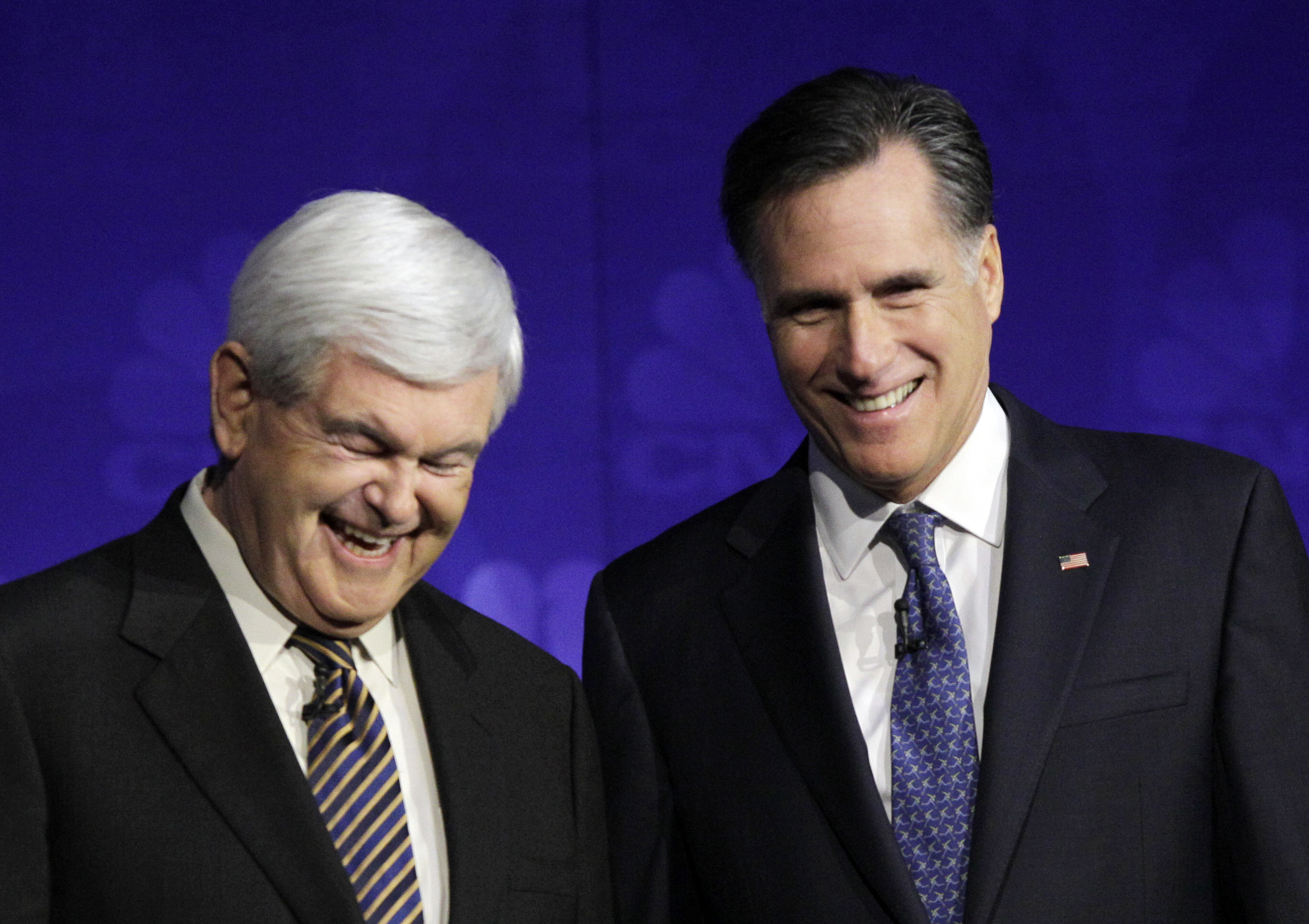 At Wednesday night's Republican presidential debate, Mitt Romney defended himself against charges of inconsistency by pointing to his long marriage and the fact that he has long attended the same church and worked at the same company.

"I think people understand that I'm a man of steadiness and constancy," Romney said at the CNBC-sponsored debate at Oakland University in Rochester, Michigan. "I don't think you are going to find somebody who has more of those attributes than I do."

He continued: "I have been married to the same woman for 25 -- excuse me, I will get in trouble, for 42 years. I have been in the same church my entire life. I worked at one company, Bain, for 25 years. And I left that to go off and help save the Olympic Games. I think it is outrageous the Obama campaign continues to push this idea, when you have in the Obama administration the most political presidency we have seen in modern history."

Romney has shifted rightward on issues including gay rights, immigration, abortion rights and other issue since his time as governor of Massachusetts, prompting criticism from both his Republican rivals and the Obama reelection campaign as a flip-flopper.

Republican debate winners and losers: A disastrous night for Perry

Romney was asked specifically during the debate about his position on the auto bailout. Romney initially called for federal money for Detroit automakers, then opposed a federal bailout, then said President Obama had actually implemented his plan. "With a record like that of seeming to be on all sides of the issue," he was asked, "why should Republicans be confident in the steadiness of your economic leadership?"

Romney, who was born and raised in Michigan - and whose father was the state's governor - said his "view with regards to the bailout was that whether it was by President Bush or by President Obama, it was the wrong way to go."

"I said from the very beginning they should go through a managed bankruptcy process, a private bankruptcy process," he continued. "We have capital markets and bankruptcy, it works in the U.S. The idea of billions of dollars being wasted initially then finally they adopted the managed bankruptcy, I was among others that said we ought to do that.And then after that, they gave the company to the UAW. They gave General Motors to the UAW and they gave Chrysler to Fiat. My plan, we would have had a private sector bailout with the private sector restructuring and bankruptcy with the private sector guiding the direction as opposed to what we had with government playing its heavy hand."

Cain blasts "character assassination" against him