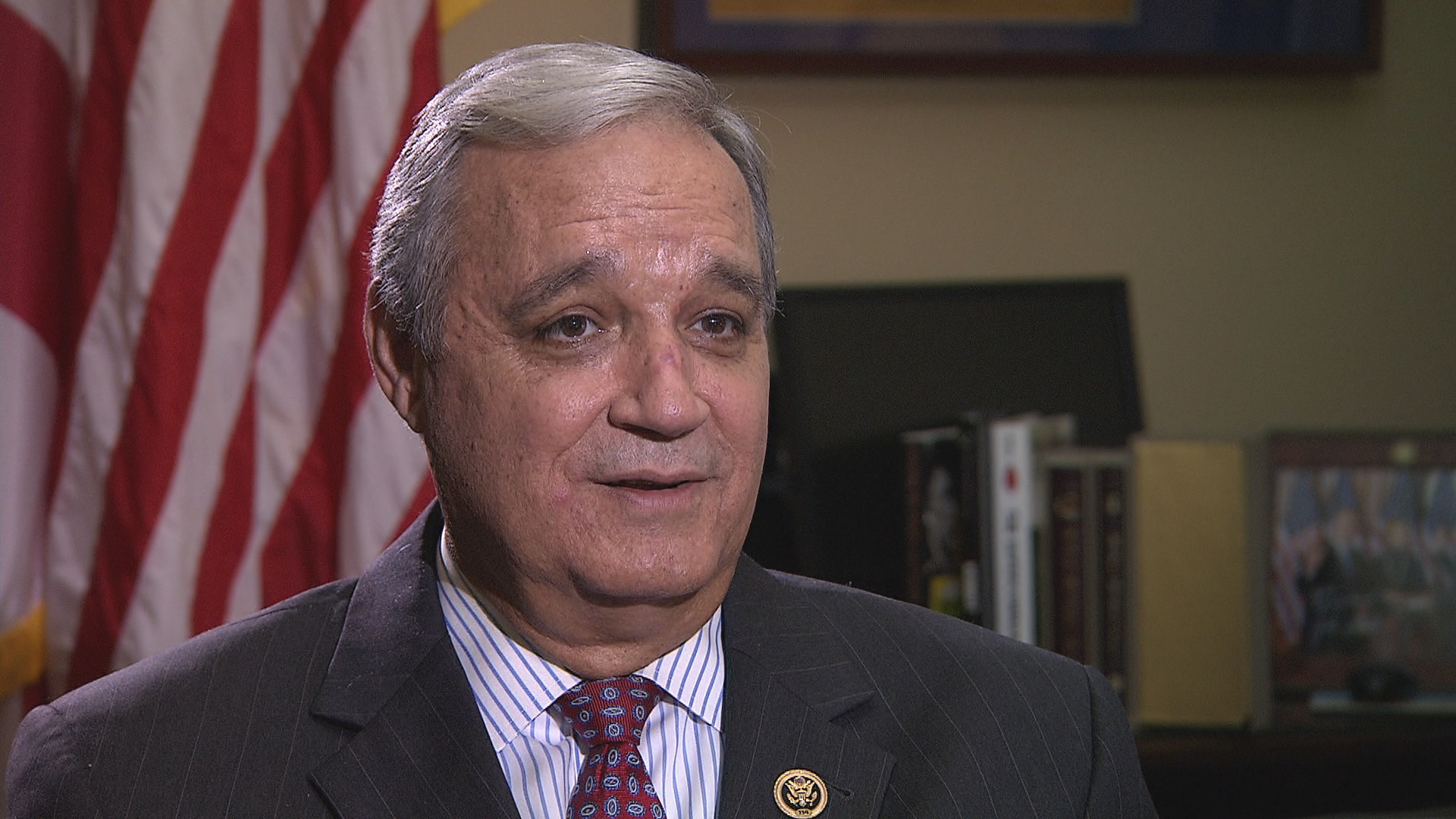 A Congressional hearing will begin Wednesday in response to a CBS News investigation that showed how a costly new cure for hepatitis C isn't making it to most of the 200,000 U.S. veterans infected with the disease, many as a result of their service. Congress has given $2.7 billion taxpayer to treat veterans with hepatitis C, but only 15 percent have been treated with the drug, one that might not exist without government funding.

The drug at the center of Wednesday's hearing has been called a miracle drug, reports CBS News correspondent Chip Reid. The problem is the drug is so wildly expensive, the Department of Veterans Affairs can't afford to give it to all the vets who so desperately need it.

Dr. Raymond Schinazi is in the business of curing diseases -- and business is good. When his private company invented and sold a cure for hepatitis C to pharmaceutical company Gilead in 2012, he personally made over $400 million.

Sold as Harvoni or Sovaldi, one treatment costs up to $84,000. The Department of Veterans Affairs gets a 50 percent discount, but even so, it spent over a billion dollars on the drugs last year alone.

But, as we first reported in December, the VA is also where Schinazi has worked since 1983.

"I'm seven-eighth's government employee, so I'm not full time. What I do with my remaining time is up to me," Schinazi told CBS News last December.

"So you're only spending one-eighth of your time on your private companies," Reid said.

"Well, even less than that. I'm very efficient," Schinazi said.

"Has anybody ever questioned the arrangement that you have that allows you to become very wealthy while working seven-eighths of your time with the government?" Reid asked him.

"Nobody has questioned anything yet," Schinazi said.

That is about to change.

"I want to ask him how other than saying he was a very efficient worker, how were you able to accomplish the things that you accomplished without doing part of it on VA time?" Chairman of the House Committee on Veterans Affairs Jeff Miller said.

On Wednesday Miller will hold a hearing into why the VA can't afford the drugs its own doctors help invent. Schinazi was invited to testify, but told CBS News he does not plan to attend.

"Unfortunately, he's decided to retire before he appears. Which again begs: did he want to be questioned by an oversight committee of Congress?" Miller said.

The VA approved Schinazi's arrangement and told us federal employees are allowed to invest in private companies, provided all conflict of interest rules are followed. But Miller wants to know if there was a conflict, and why the drug costs $42,000 for veterans, but only $900 in dozens of developing countries.

"It's a slap in the face to the veterans," Miller said.

One woman CBS News spoke to, who did not want us to show her face, has had hepatitis C since she served in the military in the 1980s.

"It's murder to have something that will save so many lives and then withhold it...for that type of money," she said.

She got the generic form of the drugs from India. But she was lucky -- in most cases, it's illegal to import them.

"We're not criminals. We're sick people who need medication that we finally have available, that costs entirely too much," she said.

Congressman Miller says the VA spends about $2 billion a year on research, and when that research is successful, it's supposed to benefit veterans. He wants to look into whether that happened in this case.