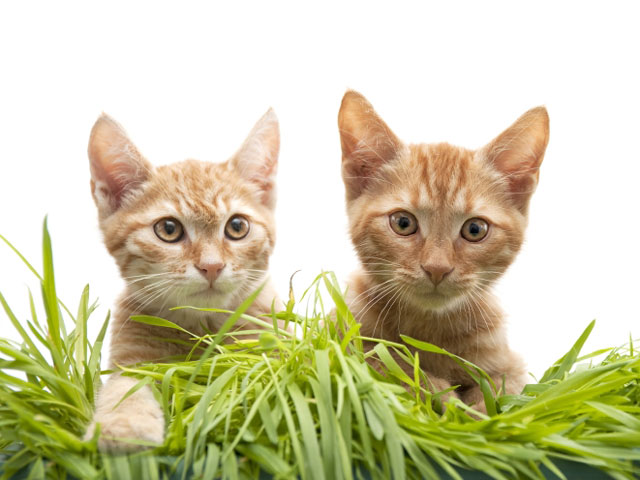 Be careful next time you change the kitty litter -- cat poop can carry a nefarious parasite that may be much more widespread than thought, researchers say.

Cats in the United States release about 2.6 billion pounds (1.2 million metric tons) of feces into the environment every year. Cat dung carries the parasite Toxoplasma gondii, a single-celled organism that creates infectious agents called oocysts. These oocysts can infect pregnant women, causing congenital problems in the baby such as deafness, seizures, eye damage and mental retardation. The parasite also infects people with compromised immune systems, such as those with HIV/AIDS.

After reviewing past studies on the parasite, a team of researchers believes the Toxoplasma parasite may be a significant public health problem, infecting people who are otherwise healthy. Other studies have even linked the parasite to schizophrenia, depression, suicidal behavior and lower school achievement in children. [The 10 Most Diabolical and Disgusting Parasites]

In the last five years, researchers have studied how long the Toxoplasmaoocysts remain viable. "What happens to these oocysts in children's play areas?" said study researcher E. Fuller Torrey, a psychiatrist at Johns Hopkins University Medical Center in Chevy Chase, Md. "I put together the data we have and found it disturbing."

Torrey and his colleagues reviewed studies of the parasite. The number of cats in the United States is growing -- pet cats increased from 55 million to 80 million from 1989 to 2006, and the number of feral cats is estimated at between 25 million and 60 million. Studies show that approximately 1 percent of cats shed the infectious oocysts at any given time. These oocysts can survive for at least 18 months, and only a single one is needed to cause an infection, according to past research.

Other animals, like sheep and cattle, can also acquire the parasite by ingesting the infected cat feces. Humans can acquire it by eating raw or undercooked animals that are infected. In countries like France of Ethiopia, where raw food is common, the incidence of infections is much higher, Torrey told LiveScience. People also become infected through contaminated water supplies. It has long been known that the parasite can survive in cat litter, where the oocysts become aerosolized after 24 to 48 hours, Torrey said. Similarly, children could acquire the infection from playing in sandboxes, and gardeners could acquire it from vegetable patches, because cats often relieve themselves in these areas.

"It's a remarkably complex parasite. It's much more complicated than a virus, and has many more genes," Torrey said. The microbe is famously known to infect rats and change their behavior, causing them to be less afraid of the smell of cat urine. This makes it easier for the rats to be eaten by cats, returning the parasite to its host.

Treatments do exist, but none are very effective, Torrey said. Most people don't have long-term effects, but it's not clear why some do. Genetic predisposition or age at the time of infection could play a role, Torrey said.

More research is needed to understand the risks posed by the Toxoplasma parasite. In the meantime, Torrey advocated controlling cat populations, especially feral ones. Children's sandboxes should be covered. Gardeners should wear gloves and wash their vegetables. And cat owners should dispose of cat litter properly -- in the trash, not down a toilet (and pregnant women shouldn't change it at all).