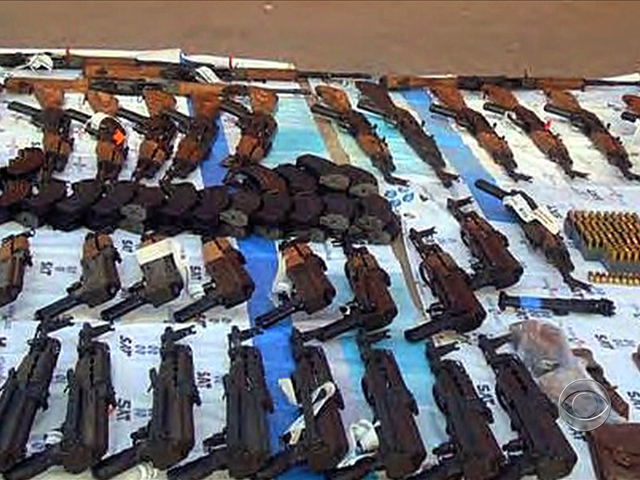 Heads are beginning to roll nearly two years after the Fast and Furious gunwalker scandal first came to light. William McMahon, the Bureau of Alcohol, Tobacco and Firearms (ATF) official who was in charge of field operations during the controversial operation, has been fired, according to his attorney Mark Zaid who told CBS News "we will be appealing the decision."

Other ATF managers reportedly face similar fates, and announcements could be made soon, though neither they nor their attorneys would confirm it. They are: Mark Chait, who was ATF's assistant director for field operations; Bill Newell, who was ATF's Special Agent in Charge of Phoenix; and George Gillett, Newell's second in command. Chait's attorney David Laufman stated in an email: "Mr. Chait has not been advised of any adverse finding or recommendation by the Professional Review Board at ATF, and any such action would be utterly without merit."

Another key Fast and Furious figure who's leaving the Justice Department today is Attorney General Eric Holder's chief of staff Gary Grindler. Grindler was faulted by the Justice Department's Inspector General for not informing Holder about the "significant and troubling" link between ATF's Operation Fast and Furious, and rifles found at the murder of Border Patrol agent Brian Terry on December 15, 2010.

In announcing his departure this week, Holder made no mention of Fast and Furious, and said Grindler "has demonstrated time and again his good judgment and an ability to make the tough - and correct - decisions." Rep. Darrell Issa, R-Calif., who led the House investigation into Fast and Furious, said Grindler's "departure from the Justice Department is warranted and long overdue."

According to a report in the Wall Street Journal, which neither the Justice Department nor ATF would confirm, two other Phoenix-based agents have been recommended for disciplinary action: David Voth, who led the team that conducted Fast and Furious; and the lead agent on the case Hope MacAllister. According to the Wall Street Journal, they would receive demotions, reprimands and/or transfers.

In Operation Fast and Furious, ATF agents allowed thousands of weapons "walk" or to fall into the hands of Mexico's killer drug cartels. Many of them turned up after being used at crime scene in Mexico and the U.S. The Justice Department initially denied any gunwalking had occurred, but, over the course of a lengthy congressional investigation, eventually acknowledged the controversial strategy.

Besides Chait, McMahon, Gillett, Newell, Grindler, Voth and MacAllister; ten other Justice Department and ATF officials faulted by the Inspector General (IG) include:

Those who responded to the IG report said they did nothing wrong, and disputed some details. In some cases, the officials said they feel they were made "scapegoats."

Chait's attorney says, "Mr. Chait had no contemporaneous knowledge or reason to believe that ATF agents in the Phoenix field division were allowing firearms to flow to suspected straw purchasers, or were foregoing the interdiction of firearms transfers when operationally feasible and permissible under law. Nor did he fail to take any appropriate actions based on the information disclosed to him at the time and existing ATF policies and procedures. Moreover, upon learning that ATF agents had come forward with allegations of misconduct, Mr. Chait immediately took steps to protect their legal rights as whistleblowers."

The family of Border Patrol agent Brian Terry said in a statement today, "The news that an ATF disciplinary panel has recommended the firing of four senior managers found to be responsible for implementing the failed strategy of walking guns in the botched gun trafficking investigation known as Operation Fast & Furious is welcomed news. These officials lost sight of their primary mission which is to protect the American public and failed in their professional capacities as federal law enforcement officers."