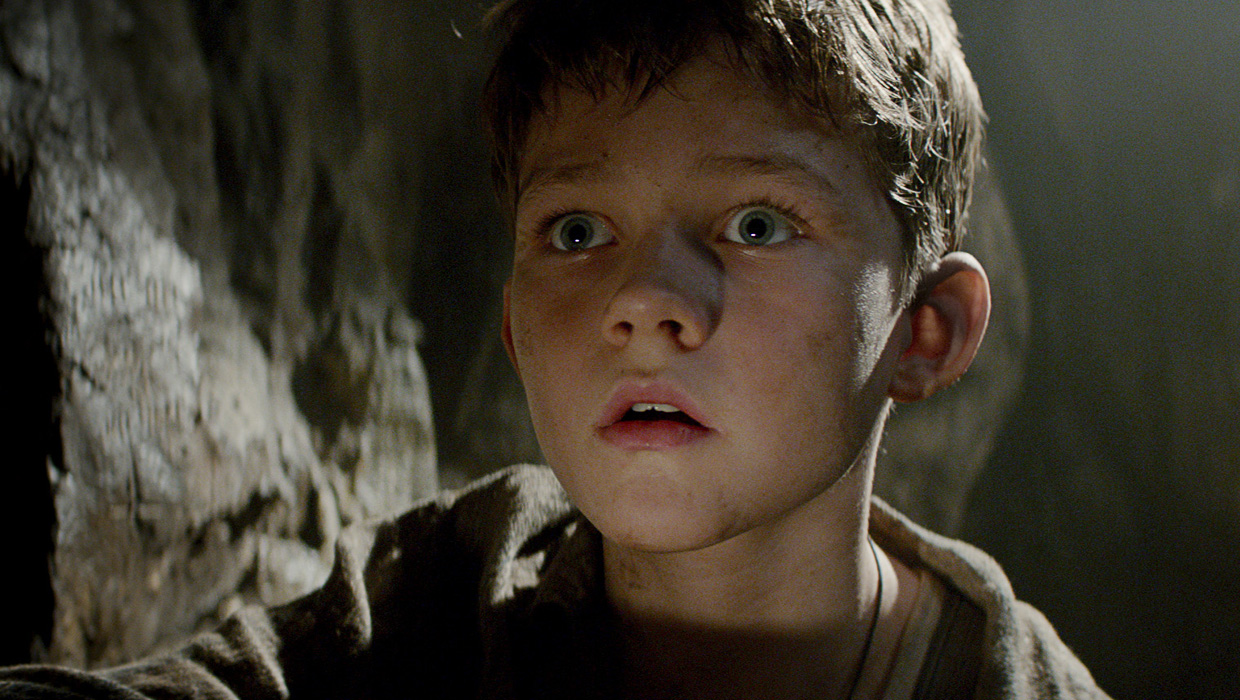 The first trailer has arrived for "Pan," a new film tracing the origin story of Peter Pan.

Hugh Jackman (bald, with some questionable facial hair) stars as the villainous pirate Blackbeard, who kidnaps young Peter (newcomer Levi Miller) from an orphanage and takes him away to Neverland.

We also get to see Garrett Hedlund as a young Hook (before he lost his hand to the crocodile), Rooney Mara as Tiger Lily and Amanda Seyfried as Peter's mother. Look closely and you'll also catch model Cara Delevingne as a mermaid.