Hawaii homeowners such as Patricia Deter are on an urgent quest for answers about insurance in the wake of the Kilauea volcano eruption. Does it cover volcano and lava damage?

Deter moved from Oregon to Hawaii to be closer to her two daughters, but the Kilauea volcano burned down her home only a month after she bought it. Deter and her family, along others who have recently lost homes to the lava-spewing mountain, are desperate to learn whether their coverage will offer any help after molten rock wiped out most of what they owned.

The eruption has destroyed about two dozen homes in the Leilani Estates subdivision on the Big Island. On Monday, another fissure spewing lava and toxic gas opened up, and a crack in the earth that emerged a day earlier was sending molten rock crawling toward the ocean, officials said.

Nearly 20 fissures have opened since the Kilauea volcano started erupting 12 days ago, and officials warn it may soon blow its top with a massive steam eruption that would shoot boulders and ash miles into the sky.

The lava keeps inching towards a main highway in lower Puna, potentially trapping 2,000 residents who soon could be forced to flee, joining the 1,800 already evacuated and now in shelters. Hundreds of homes that remain standing are inaccessible.

Because the community sits in a zone deemed by the U.S. Geological Survey to have a high risk of lava, few insurance companies will issues policies there.

But homeowners are not without options. One possibility is the Hawaii Property Insurance Association, a nonprofit collection of insurance companies created by state lawmakers in 1991 to provide basic property insurance for people who are unable to buy coverage in the private market.

The horror of seeing houses turned to ash has motivated some people who went without insurance to scramble to purchase a policy. The association announced last week that it would issue policies to uninsured homeowners in the affected area — but they will have to wait six months.

Some homeowners believe fire coverage will suffice for homes burned by fire from the lava. And a list of frequently asked questions from the Hawaii Insurance Division supports that idea, saying that lava damage may be covered "as a fire peril."

However, there are exceptions. Judy Moa, an insurance broker who specializes in catastrophic coverage for Hawaii, said if a policy specifically excludes lava damage, then a policy's fire coverage would not apply.

"The cause of damage is lava at the end of the day," she said. "If lava came down the hill, and they have lava exclusion and trees catch fire, which burn the house, that's not covered."

The cost of lava coverage

Some homeowners forgo policies that include lava coverage because they can cost more than $3,000 per year, said Moa, who has fielded many calls from anxious homeowners.

The same insurance questions haunt people whose homes are standing but could still be torched by future lava flows.

Todd Corrigan and his wife left their Leilani Estates home on May 4 after a magnitude-6.9 earthquake knocked belongings off their shelves. That jolt convinced them it was time to evacuate.

Corrigan said the most stressful part of the experience might be the uncertainty about what insurance will cover. His policy will pay for damage from a fire but not from lava. His insurer also cautioned him that it will not cover damage if he has not been at home for 30 days. That requirement could be a problem if he is gone for a long time.

"You have to worry about that stress when you're trying to deal with everything else," Corrigan said.

Coverage details vary depending on policies and companies, said Insurance Division Commissioner Gordon Ito, who encouraged homeowners to contact their agents and find out what is covered.

State Farm stopped writing policies for homes in the two highest-risk lava zones in the 1990s, but the company grandfathered-in any existing policies, said Kim Silva, a State Farm sales executive in Hawaii.

Deter's daughters live in the same area as their 88-year-old mother. They know the eruption risks, so they made sure their mother's home was covered by a policy that included lava.

The family's Hawaii-based insurance agent assured daughter Vickie Pruitt that her mother's house was fully covered for lava. But a phone call from an adjuster on the U.S. mainland told them it looked like the damage was from an earthquake — not the lava — and that the home would not be covered.

They were waiting for a follow-up call they hoped would provide more clarity.

A hit to Hawaii's economy

Hawaiians are feeling the economic impact of the volcano in other ways, too. People nixing vacations to Hawaii's Big island has cost the tourism industry millions of dollars as the Kilauea volcano keeps spewing lava.

Cancellations from May through July have hit at least $5 million, said Ross Birch, executive director of the island's tourism board.

The booking pace for hotels and other activities, such as tours for lava viewing, zip lines and glass bottom boats have fallen 50 percent. A handful of cruise ships have also decided not to come into port even in Kona on the west side of the island, about 80 miles (129 kilometers) away from the volcano.

This is the "first leak we're seeing out of the bucket," Birch said.

Tourism is one of Hawaii's biggest industries and a big part of the local economy. The industry grew the fastest on the Big Island last year compared to other islands in the archipelago, pulling in about $2.5 billion in visitor spending. 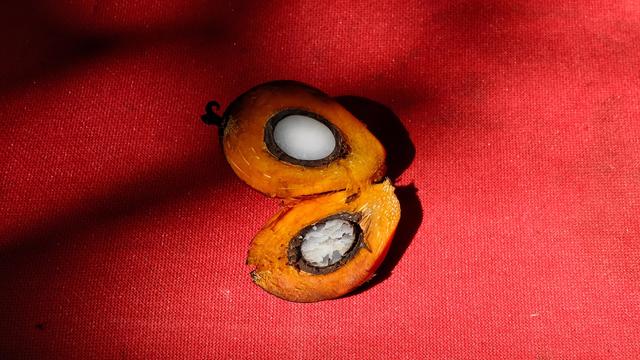 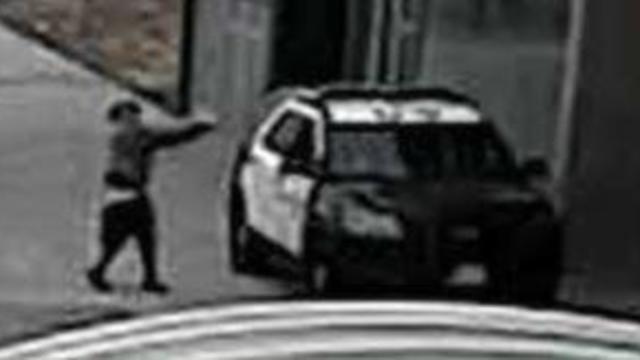 Deonte Lee Murray, who has an extensive criminal history, is charged with two counts each of attempted murder of a peace officer and possession of a firearm by a felon. 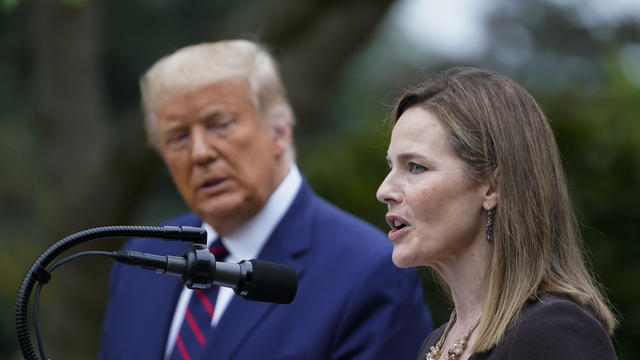 "This is about your health care," former Vice President Joe Biden, the Democratic presidential nominee, said Sunday of the Supreme Court vacancy.

Muslim Americans and others immediately began their own debate on whether the former vice president had used one of the most widespread phrases in the Arab world. 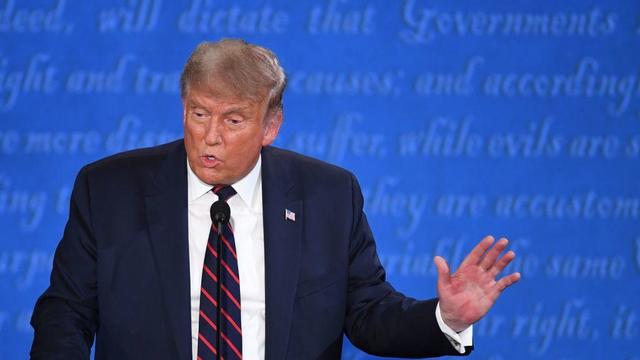 What President Trump is urging his supporters to do differs from the duties certified poll watchers are tasked with.