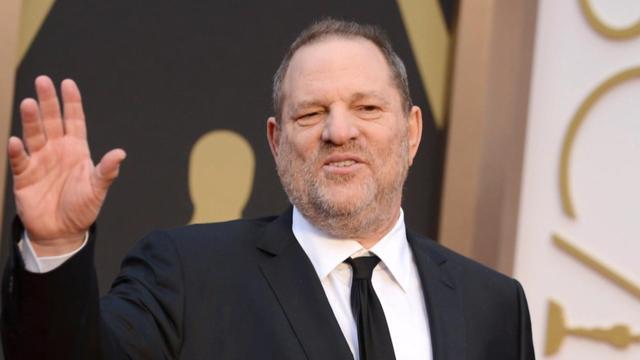 Hollywood movie mogul Harvey Weinstein is taking a leave of absence from his studio after several women alleged he sexually harassed them.

Actress Ashley Judd told the New York Times about an alleged incident in Weinstein's hotel room nearly 20 years ago where she claims Weinstein, in a bathrobe, asked to "give her a massage" or "watch him shower." Judd told the Times, "I said no, a lot of ways, a lot of times, and he always came back at me with some new ask."

The paper also reports Weinstein reached at least eight settlements, in amounts up to $150,000 each, with women who alleged improper conduct.

In a statement to the Times, Weinstein said, "I came of age in the 60's and 70's, when all the rules about behavior and workplaces were different. That was the culture then. I have since learned it's not an excuse. ... I appreciate the way I've behaved with colleagues in the past has caused a lot of pain, and I sincerely apologize for it." He said the leave of absence would allow him to "deal with this issue head on."

However, Weinstein's lawyer took issue with the Times' story and said they are preparing a lawsuit against the paper. Attorney Charles J. Harder told CBS News, "The New York Times published…a story that is saturated with false and defamatory statements about Harvey Weinstein. … We sent the Times the facts and evidence, but they ignored it and rushed to publish."

Weinstein said in an interview Thursday with the New York Post, "I bear responsibility for my actions, but the reason I am suing is because of The Times' inability to be honest with me, and their reckless reporting."

New York Times correspondent and CBS News contributor Jodi Kantor spent four months investigating this story with her colleague Megan Twohey. Kantor joined "CBS This Morning" to discuss why the "pattern" of abuse allegations stood out to her; Weinstein's response to the allegations; and how settlements play a role in keeping harassment allegations under wraps.

"We spoke to women from many different places, many different ages. Most of them did not know one another. This was a 25-year time span. And yet so many of the women had similar stories. For example, there's – there are allegations in our story about a young assistant, Laura Madden, being asked to sort of exchange massages with Harvey Weinstein in a hotel in Dublin in 1991. There's another set of allegations in our story about an assistant being forced to give him a naked massage in a hotel room in Los Angeles in 2015. Two different places in the world, two different women who don't know each other whatsoever, and yet the pattern is so similar," Kantor said.

The movie producer's high profile and immense success have many wondering how he was able to enjoy such public acclaim even as decades of allegations piled up. Kantor says part of the answer to that lies in the legal settlements.

"There is a legal and financial trail to these allegations," she said. "Often when a woman feels that she's been sexually harassed, the way it's resolved is a settlement is reached. The woman gets some financial recompense. However, the thing that is a little more concerning is the women have to sign confidentiality agreements saying that they won't tell anybody what happened," she said.

Another question raised by the allegations is, who knew about this? Kantor said through interviews with dozens of former Miramax and Weinstein Company employees, she learned that a lot of people were aware.

"They knew that something was wrong in the workplace. Either they were alleged victims themselves or knew stories from colleagues or had witnessed things and then others said they had this vague sort of half-knowledge of something was not quite right. The number of them who said they did anything was very small. So I think the question is who protected the women and who protected Harvey Weinstein?"

Kantor addressed the statement from Weinstein's lawyer alleging the Times ignored "facts and evidence" that were provided ahead of publication.

"The story relies on a lot of documentation on the record, names of women, dates of incidents, and remember that one of our sources was internal company records. We were able to find out some of these allegations were documented inside the companies and yet never shared with the public and arguably never addressed that well. As far as our interactions with them, they knew our story was coming for months. We shared the allegations in the story with them before publication and they had a chance to address them and we stand by the accuracy and fairness of our reporting," she said.