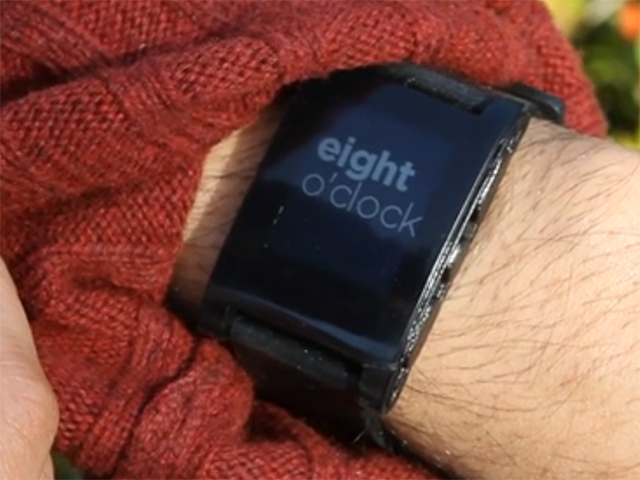 (MoneyWatch) If you haven't noticed, the mobile sector is in the midst of transforming itself. Again. This time, it's the smartwatch that appears to be in ascendancy.

Some might find this trend counterintuitive. After all, for most people -- excepting those who still favor wrist jewelry -- the smartphone has replaced the wristwatch. Why bother with a watch when your phone -- always within easy reach -- can tell you the time?

Smartwatches, paired with your phone, on the other hand, offer to bring information from your phone to your wrist. Not just the time, but caller ID information, appointment reminders, text messages and more. Equipped with a smartwatch, you can get important information without having to take your phone out of your pocket or purse. And everyone, it seems, is getting into the smartwatch business, with at least a half-dozen high-profile smartwatch launches happening or expected soon. Apple (A) and Microsoft (MSFT) are two of the biggest names rumored to be investigating smartwatch products, but Sony already has one. Several smartwatches debuted at the Consumer Electronics Show this year, and the granddaddy of them all -- Pebble -- was a massive Kickstarter success last year, earning $10 million after requesting just $100,000. Pebble started shipping in January, and I've finally gotten my own.

So how does the Pebble pan out? After all, this isn't the first time the tech industry has promoted "smarter" watches -- Microsoft's SPOT watch initiative was a notable failure back in the mid-2000s.

Well, so far, the evidence is encouraging, but it's not a slam dunk. The Pebble is a stylish watch with a readable (though not extremely sharp) 144 x 168-pixel e-paper display. Once you pair it with your phone (iPhone or Android), you can use the phone app to wirelessly install new watchfaces, giving you a highly customizable, snazzy-looking watch.

In addition, Pebble displays text messages and lets you know who is calling when a call comes in. Those are handy tricks that let you decide if you need to step out of a meeting, for example, without resorting to pulling the phone out of your pocket. These features seem to work great, though the watch needs to do more. Why, for example, can't Pebble notify me about upcoming meetings?

And the real potential of Pebble -- the ability to run custom apps -- is still mostly a promise. There are a handful of apps available today, like a stopwatch and a timer, for example, which you can download from a fan-constructed app library, but the important apps, like a promised RunKeeper companion for joggers, hasn't yet materialized. And it's distressing that you have to surf the low-fidelity fan page to get to the few apps that are available. Pebble, why haven't you built an official app store yet?

Microsoft's SPOT might have failed, but all the pieces of a mobile economy weren't yet in place when SPOT hit the streets -- it was ahead of its time and didn't offer the right features. Pebble, on the other hand, might be off to a shaky start, but what it does do it actually does quite well. I think we're witnessing the birth of a new product category that soon will be as big as the smartphone.

Update: Talk about fortuitous timing! This morning -- the day that this Pebble story ran -- Runkeeper released their long-awaited Pebble support. I've already had a chance to try it out -- briefly -- though unfortunately I went for my morning 5K before noticing the update. Thanks to all my MoneyWatch readers who pointed out the update to me on Twitter.