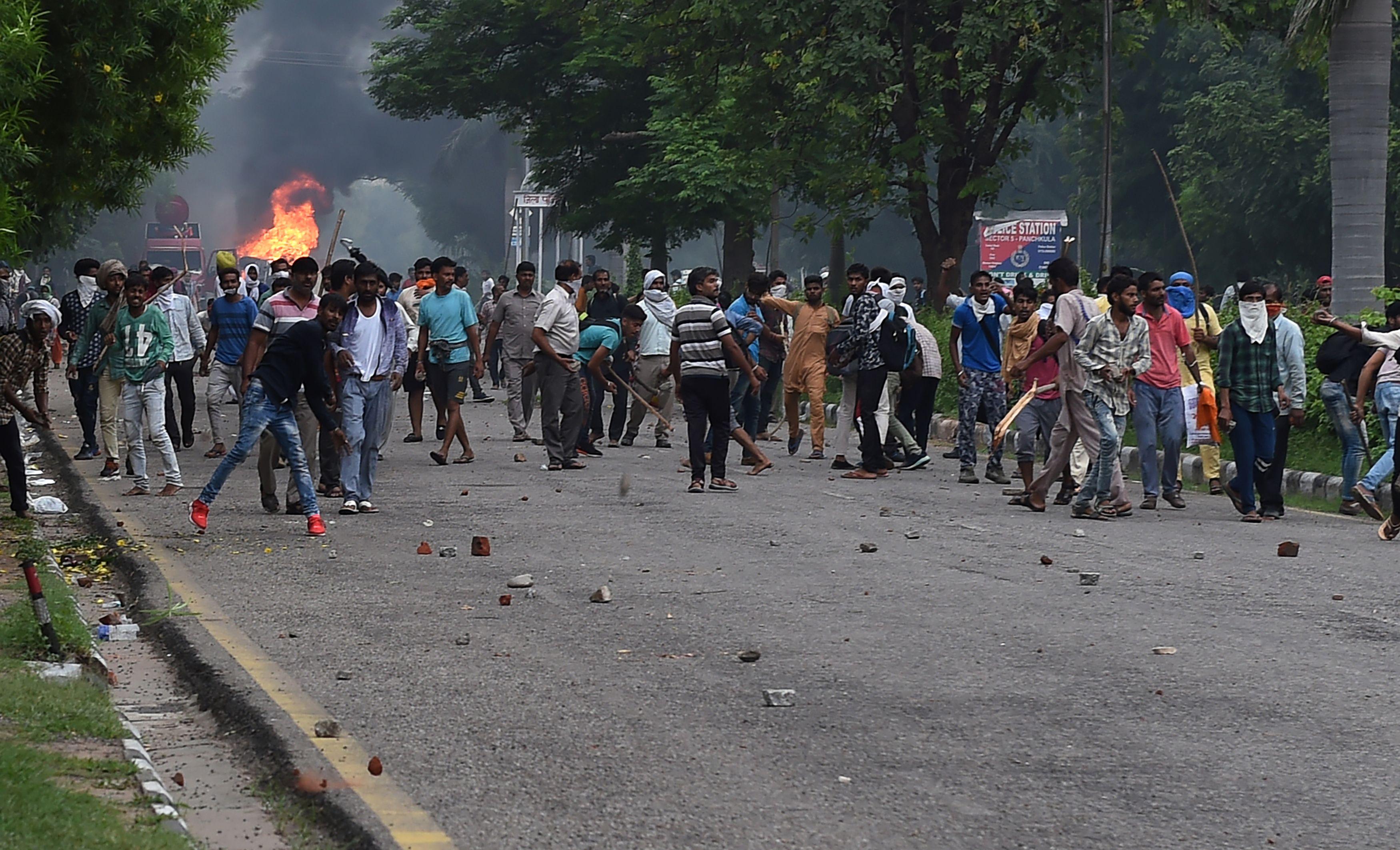 NEW DELHI -- At least 30 people were killed and more than 200 injured in violence in the two Indian states of Haryana and Punjab after a court convicted a spiritual guru of rape, incensing his loyal followers to riot.

Gurmeet Ram Rahim Singh was convicted Friday of raping two women 15 years ago, but an estimated 100,000 of his followers had already gathered in the town of Panchkula, in Haryana, ahead of the verdict.

More than 1,000 of the guru's supporters have been arrested on charges of arson and destruction of public property, a top Haryana police official told the Associated Press.

When the guilty verdict was announced, the gathered members of Singh's sect clashed with police and paramilitary forces, set several buildings and part of a gas station on fire and attacked television news crews. Several government offices were also reportedly vandalized by followers of the so-called "godman."

The clashes spread quickly to the nearby towns of Bathinda in Punjab and Sirsa in Haryana, where the Singh's headquarters sprawls out over hundreds of acres of land.

In Punjab, two train stations were set alight. About 200 trains that run through the two states were cancelled as the riots ensued.

Security forces have fired in the air, used tear gas shells and water cannon to disperse the mobs, but have been unable to contain the violence so far.

A curfew was imposed in some parts of Haryana and Punjab for Friday evening. The Indian Army was called in to try and contain the volatile situation in parts of Haryana. More paramilitary forces were being rushed to the affected areas.

India's capital of New Delhi borders on Haryana state, and it was also on high alert Friday. The additional security failed to stop Singh's followers in the city torching a bus, and reportedly two train carriages.

India's home minister has spoken to the chief ministers of the two states involved.

"The law & order situation is being closely monitored. I reviewed the situation with the NSA & Home Secretary," he continued. "Urged officials to work round the clock to restore normalcy and provide all possible assistance that is required."

Singh, a 50-year-old spiritual guru, was found guilty of raping two women in 2002. A special court will decide his sentence on August 28. He faces at least seven years in prison.

In a show of strength, the guru, who heads the powerful Dera Sacha Sauda sect, arrived to court in Panchkula on Friday in a 200-car cavalcade. He has featured in a number of self-produced movies where he has played the lead character, of a messiah.

India is home to many gurus like Singh, some of whom amass followings in the millions, and who become incredibly wealthy in the process.