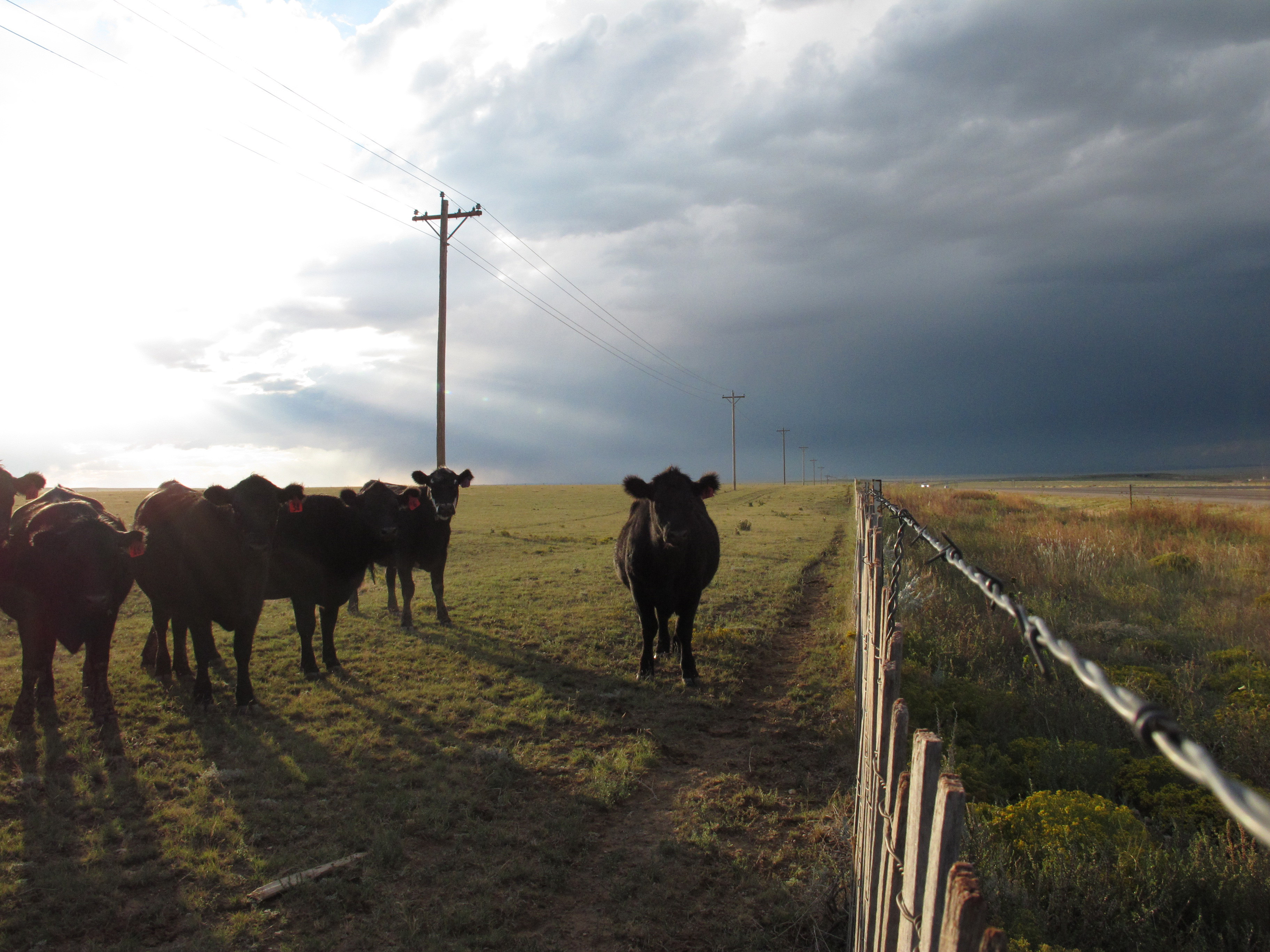 With drought drying out grazing land and driving up hay prices, some ranchers in New Mexico have started cutting neighbors' fences or leaving gates open so their cattle can graze on greener pastures.

Authorities in other drought-stricken states say they've seen similar fence cuttings, along with thefts of livestock and other materials as ranchers struggle to stay in business. In some cases, stealing a neighbor's grass may be the only way for a rancher to feed his livestock, but victims say their livelihood is being threatened too.

"We've had around five cases in the past few weeks where someone says his cattle just happened to walk through a gate that just happened to be open or an instance where a fence was clearly cut," Lucero said. "And I suspect there are more cases, but they aren't being reported."

Ranchers from Missouri to Texas and west into New Mexico have sold off huge portions of their herds this year because the worst drought in decades dried up their pastures and they couldn't afford to buy food for their animals. While grass thefts might seem relatively harmless, ranchers say they threaten the businesses and animals that are left.

"If they don't have enough grass on the ranch, they have to sell their cattle," said Leon Porter, a rancher in Corona, N.M., who sold half of his herd this year to keep going.

More in Drought in America

It's not clear just how many grass thefts have happened since most aren't reported, and even when they are, most don't result in arrests, said Myles Culbertson, executive director of the New Mexico Livestock Board.

"It's extremely hard to make a case. You almost have to have an eyewitness," he said.

But reports from individual counties show an increase. In Colorado, for example, the Larimer County Sheriff's Office has received four reports of hay thefts in two months, the most it has seen in years, spokesman John Schulz said. In one case, $5,000 worth of hay was taken from a field over the Labor Day weekend.

"We typically see an isolated case here and there, but nothing like this," Schulz said.

The drought hurt hay production as the same time it damaged grazing land, and in some cases, ranchers can't find or afford hay to replace bales that are stolen. In Texas, for example, an 800-pound bale of hay costs about $150, roughly twice as much as it did at this time last year.

"We sell small, 2-by-3 bales of hay now for around $20," said Tom Schacht, manager of Parker Feed and Western Supply in Parker, Colo. "Last year, the same bale was around $14. It's because of the shortage."

Some farmers in Missouri have tried to deter thieves by painting bales of hay bold colors to help identify stole bales sitting on others' property.

In Texas and New Mexico, local authorities have asked the U.S. Border Patrol and other federal agencies to help watch for suspicious behavior around ranches, including cattle rustling and grass theft.

"We are seeing a pattern. It's hard to monitor since we are busy trying to catch DUIs and other crimes, so we need more eyes and ears," said Luna County Sheriff Raymond Cobos, whose New Mexico county borders Mexico and sits just west of El Paso, Texas.

Cobos recently unveiled a plan involving a number of local and federal law enforcement agencies in the fight against ranch-related property crimes. His deputies also are taking classes on cattle branding to help identify stolen livestock.

"We see people with cowboy hats transporting cattle and hay all of the time, and we think nothing of it," Cobos said. "But now if we see them at 3 a.m. in the morning ... we have to stop and think: Is there something wrong?"