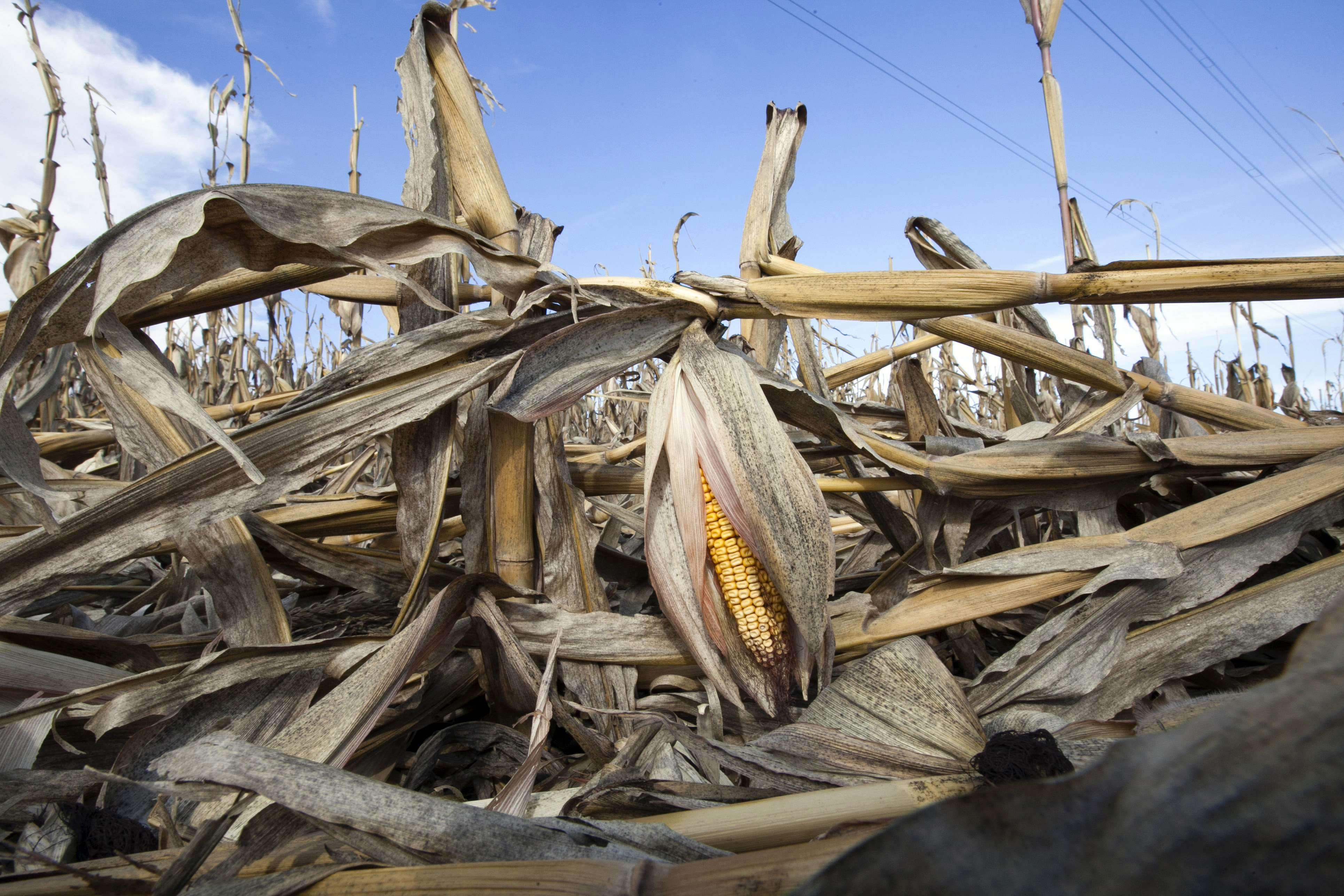 (AP) ST. LOUIS - The nation's worst drought in decades consumed a larger portion of the lower 48 states last week with the Midwest corn harvest in full swing, according to the latest update by a drought-tracking consortium released Thursday.

The U.S. Drought Monitor's new map shows 65.5 percent of the contiguous U.S. experiencing some form of drought as of Tuesday, creeping up from 64.8 percent a week earlier. The portion of the U.S. in extreme or exceptional drought - the two worst classifications - rose three-quarters of a percentage point to 21.5 percent.

The latest update did not reflect storms that pounded portions of Missouri and Illinois this week, in some areas dumping as much as 7 inches of rain that growers embrace as potentially beneficial to soybean crops still in the fields. Farmers also welcome moisture in the fall and snow in the winter that softens the soil and provides needed saturation for the next planting season.

Storms were expected in portions of the nation's midsection into the weekend, with some states needing the rain more than others.

The latest map released by the National Drought Mitigation Center at the University of Nebraska in Lincoln showed that the area of Iowa, the nation's biggest corn producer, deemed to be in exceptional drought rose from 2.4 percent last week to 2.5 percent. The area of land subject to that most severe classification increased 2.3 percentage points in Nebraska to 73.25 percent, while conditions in Kansas, Missouri, Illinois and Indiana did not change.

Over the next few days, "unfortunately little if any rain is expected to fall across the hard-hit drought areas in the eastern Dakotas, eastern Nebraska and the Upper Mississippi Valley/Upper Great Lakes region," Anthony Artusa of National Oceanic and Atmospheric Administration's Climate Prediction Center wrote in Thursday's update.

The forecast rain will have no impact on the already-matured corn crop currently being harvested.

As of Monday, 39 percent of that crop had been brought in from the fields - three times more than by this date in the previous five years due to early planting, the U.S. Department of Agriculture reported. More than 54 percent of the corn crop in Illinois has been harvested, while Iowa has harvested 37 percent and Missouri 80 percent.

About 51 percent of the U.S. corn crop is classified as being in poor or very poor shape, essentially unchanged from a week earlier, the USDA said. A year ago, 20 percent of corn in the fields was listed that way.

Twenty-two percent of the U.S. soybean crops have been harvested, with 34 percent considered poor or very poor, the USDA said.