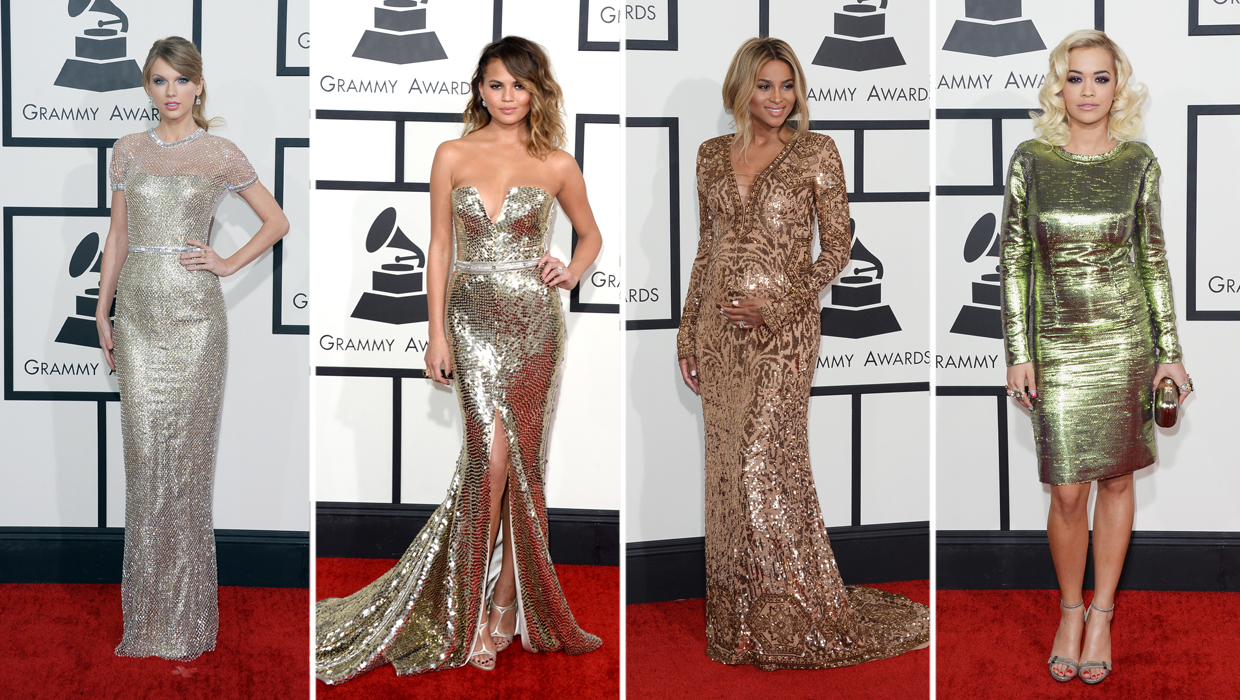 It’s the awards show known for drawing some outrageous ensembles, but many of music’s biggest stars opted for elegance instead at this year's Grammy Awards.

Metallic gowns were one of the biggest trends of the night, with Taylor Swift leading the pack in a silvery Gucci Premiere gown. Ciara was glowing in a rose-gold Emilio Pucci gown that highlighted the pregnant star's baby bump, Rita Ora shimmered in a long-sleeved, green-gold Lanvin cocktail dress and model Chrissy Teigan sparked in a silver gown with a plunging neckline.

There were some bright colors on the red carpet as well -- like Pink, who wore a structured red Johanna Johnson gown, and Alicia Keys in blue Armani Prive.

The women weren't the only ones who dressed to impress. Robin Thicke walked the red carpet in a Giorgio Armani tuxedo, John Legend arrived in Gucci, Macklemore and Ryan Lewis donned bold green and patterned tuxes, respectively, and Miguel wore a black Saint Laurant ensemble with patent leather pants.

There were some fashion misses on Grammys night -- Paula Patton's zebra-printed  Nicholas Jebran gown missed the mark, as did Paris Hilton’s white turtleneck Haus of Milani gown with sheer panels down the back and sky-high hair.

But perhaps the most popular style of the night was hats -- Madonna and her son David wore them down the red carpet, as did Yoko Ono and her son, Sean Lennon. And Pharrell's hats got lots of attention during the Grammys ceremony as well.

Tell us: Who was best (and worst) dressed at this year's Grammys?