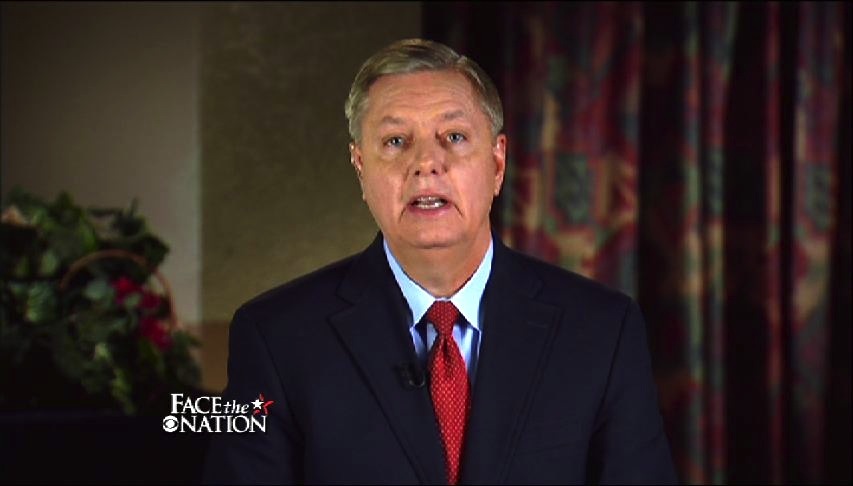 With evidence indicating that Syrian President Bashar Assad's regime has used chemical weapons in Syria, Sen. Lindsey Graham, R-S.C., said Sunday on "Face the Nation" that "there's a growing consensus in the U.S. Senate that the United States should get involved."

"If we keep this hands-off approach to Syria, this indecisive action towards Syria, kind of not knowing what we're going to do next, we're going to have war with Iran because Iran's going to take our inaction in Syria as meaning we're not serious about their nuclear weapons program," he said. "We need to get involved."

However, Sen. Saxby Chambliss, R-Ga., said on "Face the Nation" that it's clear the order came from the Assad regime.

Sen. Claire McCaskill, D-Mo., disagreed with Chambliss about the certainty of where the order to use chemical weapons came from.

"We don't have a conclusive chain of evidence at this point as to where the weapon -- where the order came from," she said. "Was this a rogue guy that decided to do this? Or was this truly a decision by the government in Syria to implement the use of -- and that's why, I think, we've got to make sure we know before we base our actions just on that."

Still, as the U.S. weighs its options, McCaskill said it's impossible at this point to rule out sending in U.S. troops.

"I don't think you want to ever rule it out," she said. "I don't ever want to say absolutely never any boots on the ground because Iran is busy here. Iran is very busy here. And so is Hezbollah. So it's just one were those things that I think -- I think we do need to be very cautious."

Without U.S. intervention, Graham said, the U.S. risks not only war with Iran but also letting Syria become a failed state by the end of the year -- and a safe haven for terrorists. The situation may also destabilize the kingdom of Jordan, a strong U.S. ally. It may also lead to chemical weapons falling in the wrong hands.

"The next bomb that goes off in America may not have nails and glass in it," Graham said.

Graham and Chambliss agreed there's no need for the U.S. to send troops there. The U.S., they said, could intervene by taking measures such as bombing Syrian air bases.

"You don't need to go deep into Syria to do that," Graham said. "If you could neutralize the air advantage the Syrian government has over the rebels, I think you could turn the tide of battle pretty quickly."