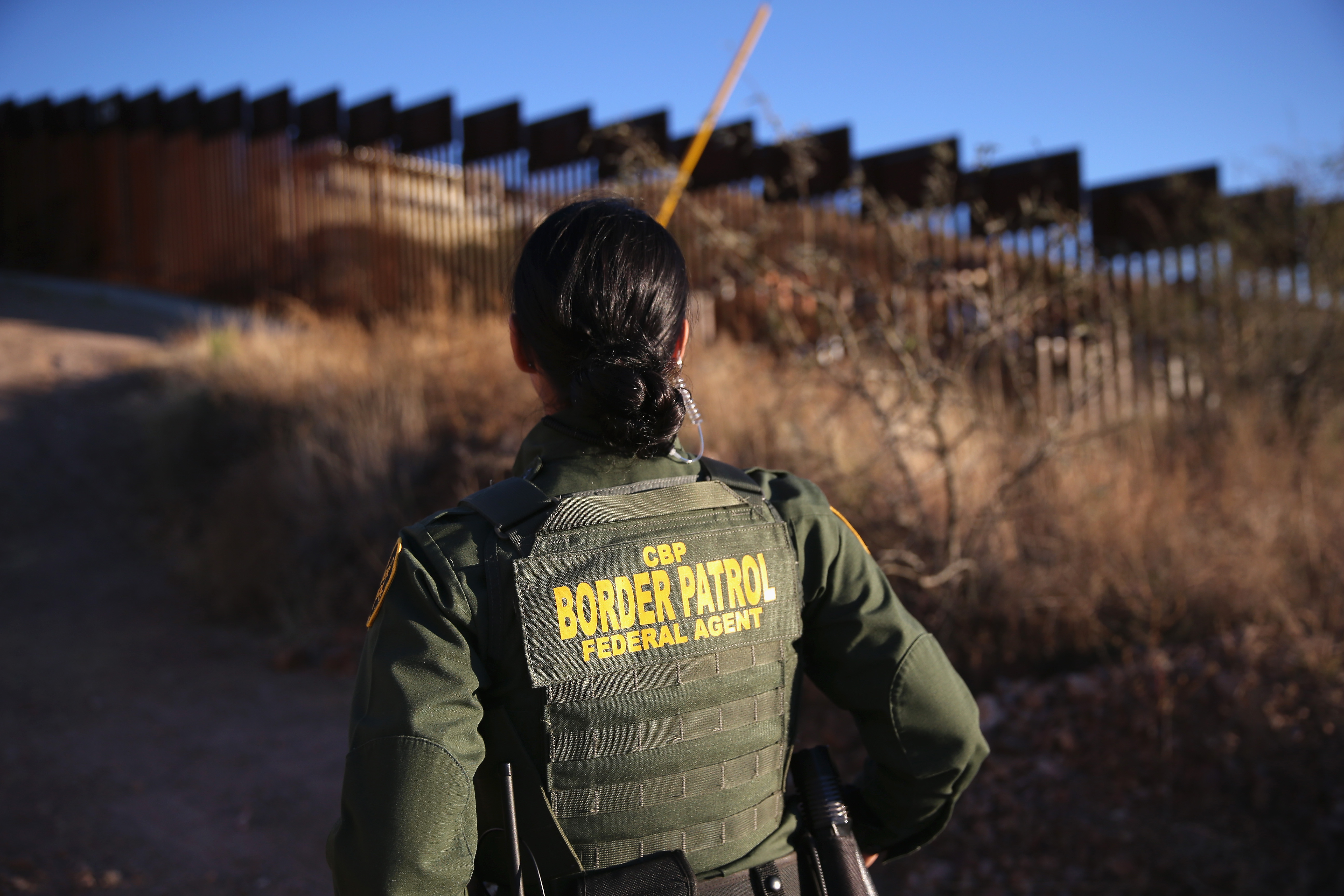 WASHINGTON -- The Homeland Security Department is experimenting with a new way to track immigrant families caught crossing the border illegally and then released into the U.S.: GPS-enabled ankle bracelets.

Immigration and Customs Enforcement earlier this month launched a program to give GPS devices to some parents caught crossing the Mexican border illegally with their children in Texas' Rio Grande Valley. They were given the devices after being released from custody with notices to report back to immigration officials, according to a confidential ICE document obtained by The Associated Press.

In September, the Homeland Security Department confided to a group of immigrant advocates during a confidential meeting that about 70 percent of immigrants traveling as families failed to report back to ICE as ordered after they were released at the border. The AP obtained an audio recording of the meeting and interviewed participants. The ICE official on the recording was not identified.

The high no-show rate and a lack of jail space for immigrant family members prompted the Obama administration to open a temporary family jail at the Border Patrol's training academy in rural New Mexico and convert a men's jail in Texas to one that could house families. Immigration advocates have been critical of the Obama administration for jailing families - mostly mothers with young children - and for poor conditions in the jails.

The ICE official told advocates during that September meeting that the agency was looking for alternatives to jailing families and welcomed suggestions for how to get more immigrants to report back to ICE.

ICE said this week that the pilot program, known as "RGV 250," started Dec. 1 and will eventually track 250 "heads of household" caught traveling with their families in the Rio Grande Valley and released into the interior of the U.S. Once those immigrants arrive and report as ordered, ICE may remove the tracking device.

The document says the GPS devices will allow ICE to track the rate of immigrants reporting back to the agency as ordered and the average length of time it takes those people to report. If the program proves successful in getting immigrants to report back to ICE, it may be expanded.

An ICE spokeswoman, Jennifer Elzea, said immigrants are screened on a case-by-case basis to decide who should be detained or released. Those who don't pose a threat to public safety are considered for monitoring programs such as this one, she said.

During the 2014 budget year that ended in September, Border Patrol agents arrested more than 68,000 immigrants traveling as families along the Mexican border. More than 61,000 of those people were from Honduras, El Salvador and Guatemala and could not be sent home immediately. The majority of those people were released with orders to report back to ICE and enroll in a monitoring program called Alternatives to Detention, which allows the government to keep tabs on immigrants while their cases make their way through immigration court. The process can take several years.

More than 429,000 cases are pending in federal immigration court. Thousands of those immigrants are enrolled in the ICE reporting program, which varies from reporting periodically via telephone to being outfitted with a GPS tracking device. According to the ICE document, ICE will be able to monitor about 29,000 immigrants with GPS devices in the coming year.

The U.S. government now patrols nearly half the Mexican border by drones alone in a largely unheralded shift to control desolate stretches where there are no agents, camera towers, ground sensors or fences, and it plans to expand the strategy to the Canadian border.