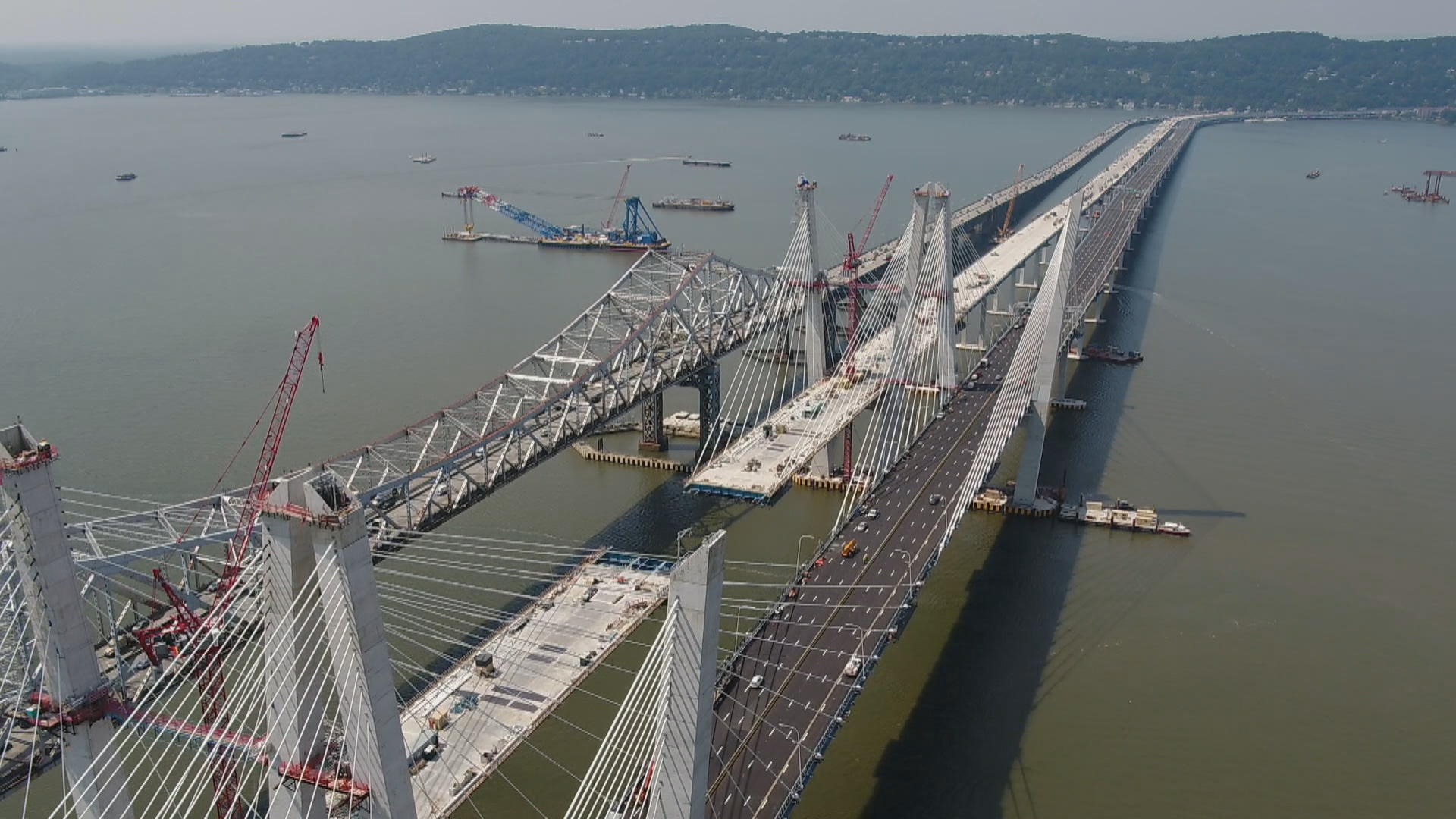 We are launching a new series this morning called "What's Working." Our goal is to highlight the innovations that are paying off in America, on topics from education to infrastructure. We start with a new, state-of-the-art bridge in New York built on time and on budget. Part of the Governor Mario M. Cuomo Bridge opens Friday night and will replace the aging Tappan Zee Bridge over the Hudson River.

At a cost of nearly $4 billion, the four-year construction project is one of the largest in the country and a rare success story in the saga of American infrastructure, reports "CBS This Morning" co-host Norah O'Donnell.

"It's almost unbelievable, you know. We've been planning it, talking about it. But to now actually see the reality of it and to see it in comparison to the old bridge is really striking," Cuomo said.

Asked if there's political risk in building the bridge, Cuomo said, "Oh, sure there is. Sure there is. It's one of the reasons the politicians stay away from it. We have a lot of big infrastructure projects that we've tried in the past. They haven't worked out and they can be a career ender."

The existing bridge, the Tappan Zee, was long ago deemed functionally obsolete. It's 12 years past its expiration date.

The Cuomo Bridge is the result of a public-private partnership. It was designed and built by a private company and overseen by project director Jamey Barbas -- and it's built to last.

"Longer than us, I think," Barbas said. "The requirement for this bridge is 100 years of service life, the structure in whole should last 100 years."

Building it has taken 7,000 workers more than 9 million hours, 220 million pounds of American steel and enough concrete to stretch from here to Key West.

Much of it was made on land, floated down the river, and maneuvered into place by a super crane dubbed, "I Lift New York." Barbas says the bridge wouldn't be possible without that crane.

"So if you look behind me and you'll see these beams, are put together and put on a barge and lifted completely in place to span from pier to pier," she said.

The super crane was shipped to New York from California. It paid a $70,000 toll to pass through the Panama Canal – and it was worth it.

The first span of the bridge is opening on time and on budget. Once complete, the bridge is expected to carry more than 140,000 vehicles every day.

"The tolls on this bridge are only, like, $5. Can you promise the people of New York that you won't raise the toll prices?" O'Donnell asked.

"We've promised that the tolls won't be raised through 2020. And then we're gonna have to see where the finances for the state are in 2020," Cuomo said.

It will take another year to dismantle the old bridge and complete the Cuomo, which the governor hopes will serve as a symbol for New York ambition and a model for big building in America.

"For the optimism and the capacity and the competence that you doubt. What made America is what we built; the railroads, the tunnels, the bridges, the skyscrapers. We can't lose that. If we lose that we lose who we are," Cuomo said.

The super crane used to build the new bridge is one of the largest floating cranes in the world and can lift the equivalent of 12 Statues of Liberty at once. It will also be used to take down the old bridge and usable parts will be recycled elsewhere.