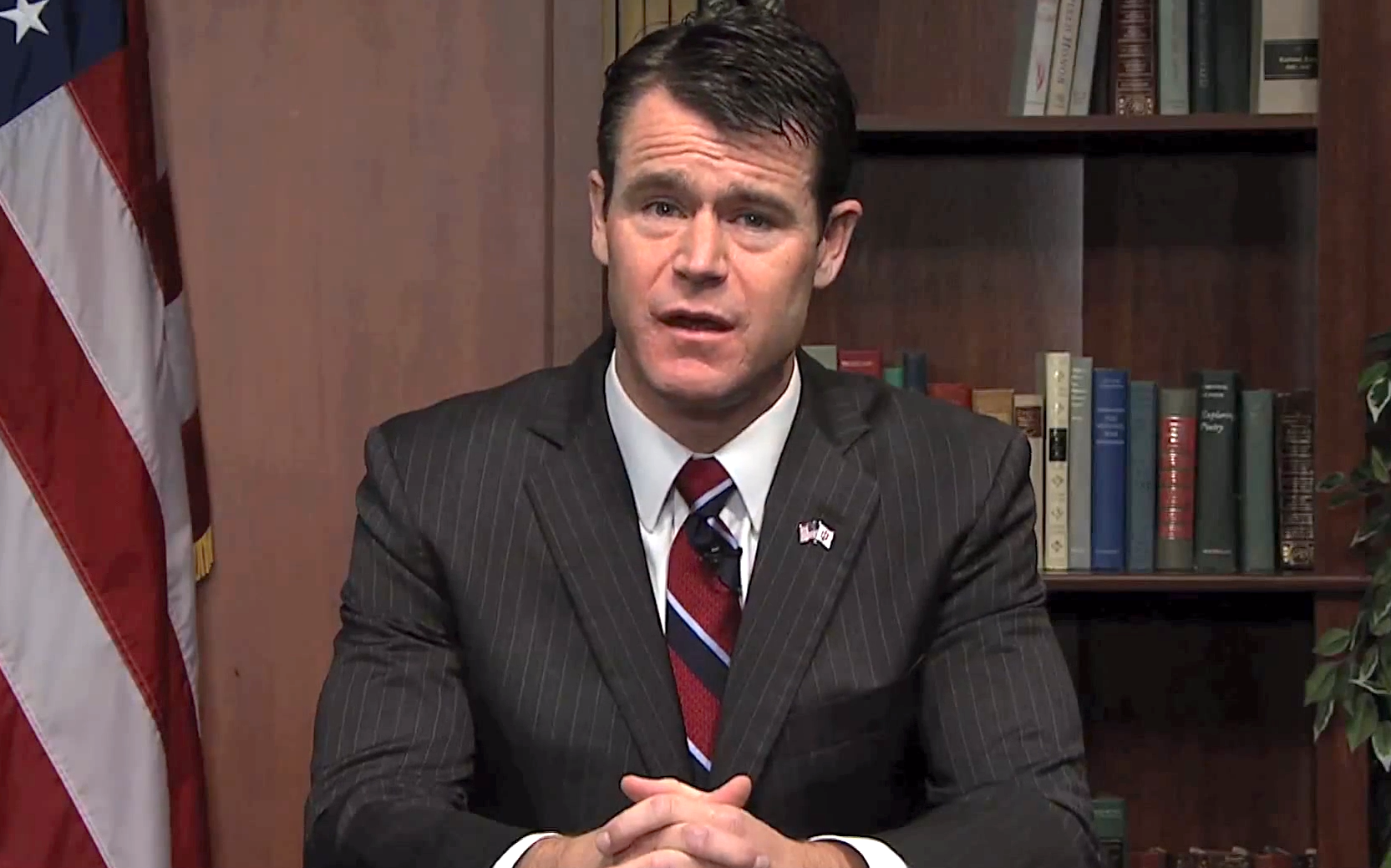 Rep. Todd Young, R-Ind., slammed President Obama for committing "betrayal" in the weekly Republican address on Saturday, claiming the president misled Americans when he assured them that, under the new health care reform law, they could keep their insurance plan if they liked it.

Young relayed stories of Indiana residents whose insurance has been canceled or become more expensive under the new law. "This is what betrayal looks like," he said. "Here you have hardworking people who were repeatedly told not to worry, that their coverage would stay the same and - if anything - their costs would go down. Just the opposite is happening."

"Adding insult to injury, the White House - the president - isn't leveling with us," Young added. "He's trying to cover his tracks, claiming he never really made these promises. No wonder a member of his own party called this a 'crisis of confidence.'"

On Tuesday, veteran Maryland Democratic Sen. Barbara Mikulski warned that the problems with the health care law's website and the stories of people losing their insurance due to the new law's minimum coverage standards have created a "crisis of confidence." She urged the administration to right the ship before the law sinks.

Her warning reflected a growing sense of anxiety among Democrats about the political and practical implications of the law's chaotic launch. This week, the president shifted rhetorical gears by candidly acknowledging the managerial failure in the law's debut and apologizing to people who are losing insurance due the law's regulations.

"I am sorry that they, you know, are finding themselves in this situation, based on assurances they got from me," he said in an interview with NBC News.

At an event on Friday, Health and Human Services Secretary Kathleen Sebelius said the administration is "looking at a number of options" to help people who are losing health coverage due to Obamacare, but she added that there is no "specific proposal" just yet.

In the Republican address on Saturday, Young touted a bill due to be taken up next week in the GOP-led House called the "Keep Your Health Care Act," which would "ensure plans available today in the individual market can continue to exist."

"No one should have to go to their inbox or mailbox in fear of finding out they're losing a plan they like -- or worse, a plan they need," he said.

Young also plugged a bill he wrote that would delay the law's penalty for people who neglect to purchase insurance. "After all, how can you tax people for not buying a product from a website that doesn't work?" he asked.

In his own weekly address on Saturday, the president elided any discussion of the health care law, choosing instead to focus on Veterans Day and laud the "heroes who risked everything" on behalf of American security.

"Veterans Day weekend is a chance for all of us to say two simple words: 'Thank you,'" the president said. And as a new generation of veterans return from wars in Iraq and Afghanistan, he added, "we need to serve them as well as they served us."

He cited his administration's expansion of education and job-placement programs for veterans. "Thanks to these efforts, and the efforts of the private sector, we've made progress getting our vets back to work. But we've got a lot more to do," he said. "And as more than a million of our troops return to civilian life, we're going to have to work even harder because the skill, dedication and courage of our troops is unmatched, and when they come home, we all benefit from their efforts to build a stronger America and a brighter future for our kids."