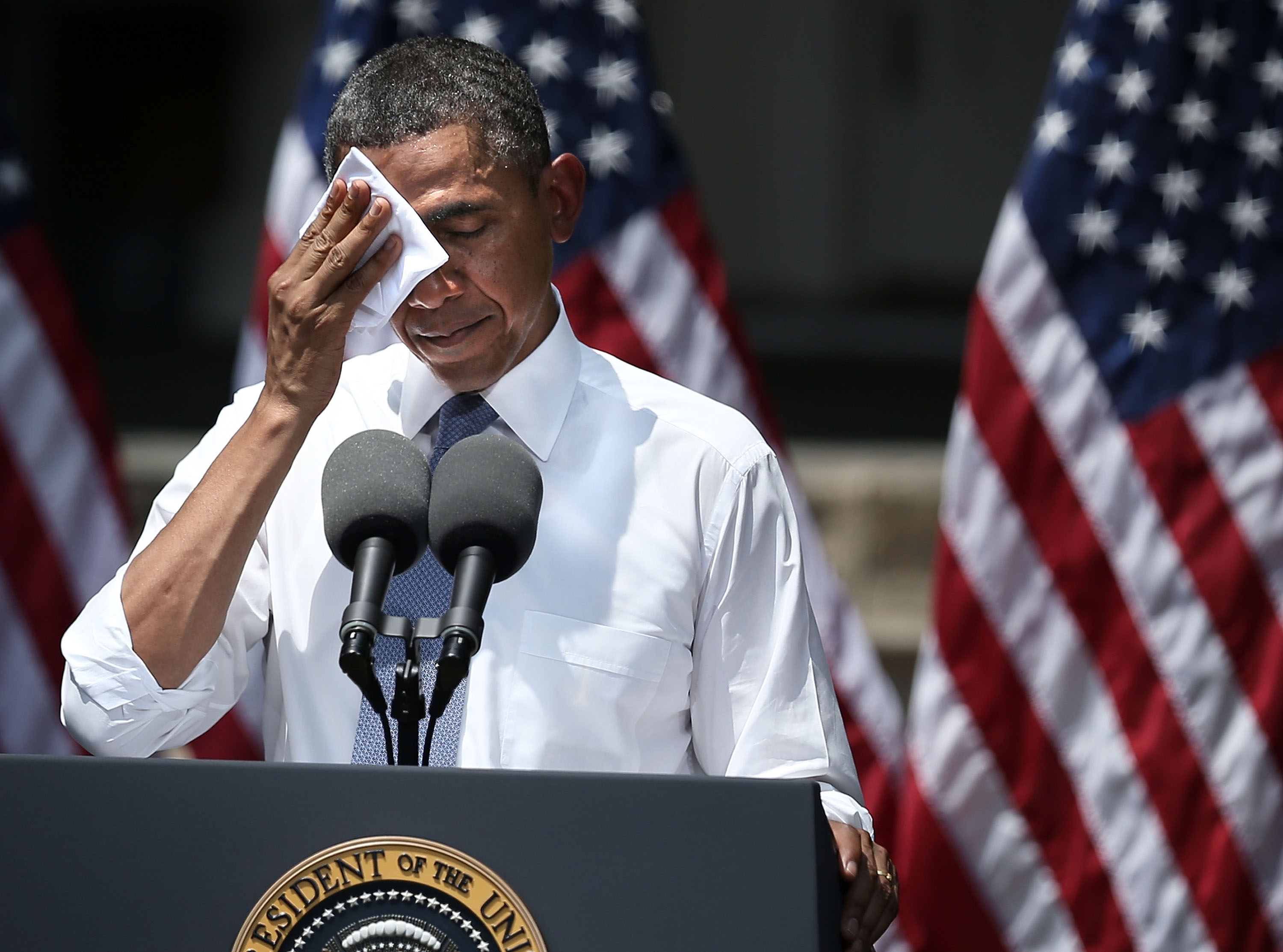 When Sen. Barbara Mikulski speaks, President Obama ought to listen.

Mikulski, after all, was a social worker before Obama was 5 and a successful community organizer before he was 10. She led a campaign to stop a proposed 16-lane highway from plowing through her native Highlandtown neighborhood in East Baltimore. She was elected to the City Council in 1971, the U.S. House in 1976, and the Senate in 1986. Mikulski is the dean of the Senate women, and she sports a career voting record of 93.3 with Americans for Democratic Action. She passionately supports Obamacare.

Before questioning Marilyn Tavenner, the head of the Centers for Medicare and Medicaid Services, at a congressional hearing Tuesday, Mikulski said something that ought to make Obama's blood run cold.

"The launching of the Affordable Care Act has been more than bumpy," Mikulski said. "I believe there's been a crisis of confidence created in the dysfunctional nature of the website, the canceling of policies, and sticker shock from some people. We read in The Baltimore Sun this morning that 73,000 Marylanders' policies will be canceled. So there has been fear, doubt, and a crisis of confidence."

"Crisis of confidence." The last time that phrase was memorably uttered was in 1979. It did not turn out well for President Carter.

Mikulski's worries are profound and cut to the heart of the law's unsteady implementation.

"What I worry about is that there's such a crisis of confidence, people won't enroll. And the very people we need to enroll, particularly our young people, to make this whole system work, won't happen."

A more devastating assessment of the law's woes and the long-term consequences of the "fear" and "doubt" surrounding policy cancellations, a still-troubled website, and Obama's own credibility gap could not have been uttered.

As anyone in politics will tell you, nothing wounds deeper in times of woe than truth told by a friend. It cuts in private. In public, it leaves a bleeding gash.

"The president shares Senator Mikulski's frustration with the problems that we have seen," White House press secretary Jay Carney said.

When I asked if Mikulski's rhetoric was unduly alarmist, Carney said it was not. There you have it: White House confirmation that its signature legislative achievement now suffers from a crisis of confidence.

Time for triage. Not for Healthcare.gov but for the fundamentals of the law Mikulski identified. If young people don't sign up, the system crashes. Hitting Ctrl+Alt+Delete won't fix it.

Young and healthy Americans (so-called invincibles) must sign up to create large risk pools and absorb the costs of providing better insurance to the old and sick who were uninsured or who had what Obama considers meager coverage. If they don't, costs rise because the risk pool is too shallow--not enough healthy enrollees are offsetting the costs of older, sicker consumers. Then premiums rise. That begets more sticker shock. The only phrase Mikulski left out in foreshadowing the end result of a "crisis of confidence" was "death spiral."

To paraphrase the White House, the crisis of confidence for Obamacare is more than a website.

Obama has to eat those words. It won't be easy. And the president is off to a bad start.

"In politics, when you have to eat shit, you don't nibble," said Democratic strategist Chris Kofinis.

For Kofinis, the colorful metaphor is universal, meaning it applies to all political catastrophes. In this particular case, Kofinis and other Democrats believe Obama would be wise to admit his like-your-plan-keep-your-plan dodge was a mistake and apologize immediately and conspicuously.

Obama took a halting step in that direction Monday, telling a crowd of supporters this: "If you have or had one of these plans before the Affordable Care Act came into law and you really like that plan, what we said was you could keep it if it hasn't changed since the law was passed."

A good number of Democrats also think the White House should publish health care plan enrollment numbers (which the House Ways and Means Committee subpoenaed late Tuesday) weekly or even daily just to get the data out there and lift the veil of secrecy. That's a bad story that's going to be told anyway, they argue, so tell it now and track the numbers as they rise to try to turn around the narrative. Some Democrats, like Sen. Dianne Feinstein, believe the federal website should be taken down for full repairs and not restarted until it can function fully.

No president wants to admit he misspoke, let alone misled. The administration is terrified of frequently publicizing pitifully small enrollment numbers. And it cannot fathom taking the website offline for weeks of retooling.

But they sit at the heart of Mikulski's "crisis of confidence."

The time for nibbling has passed.