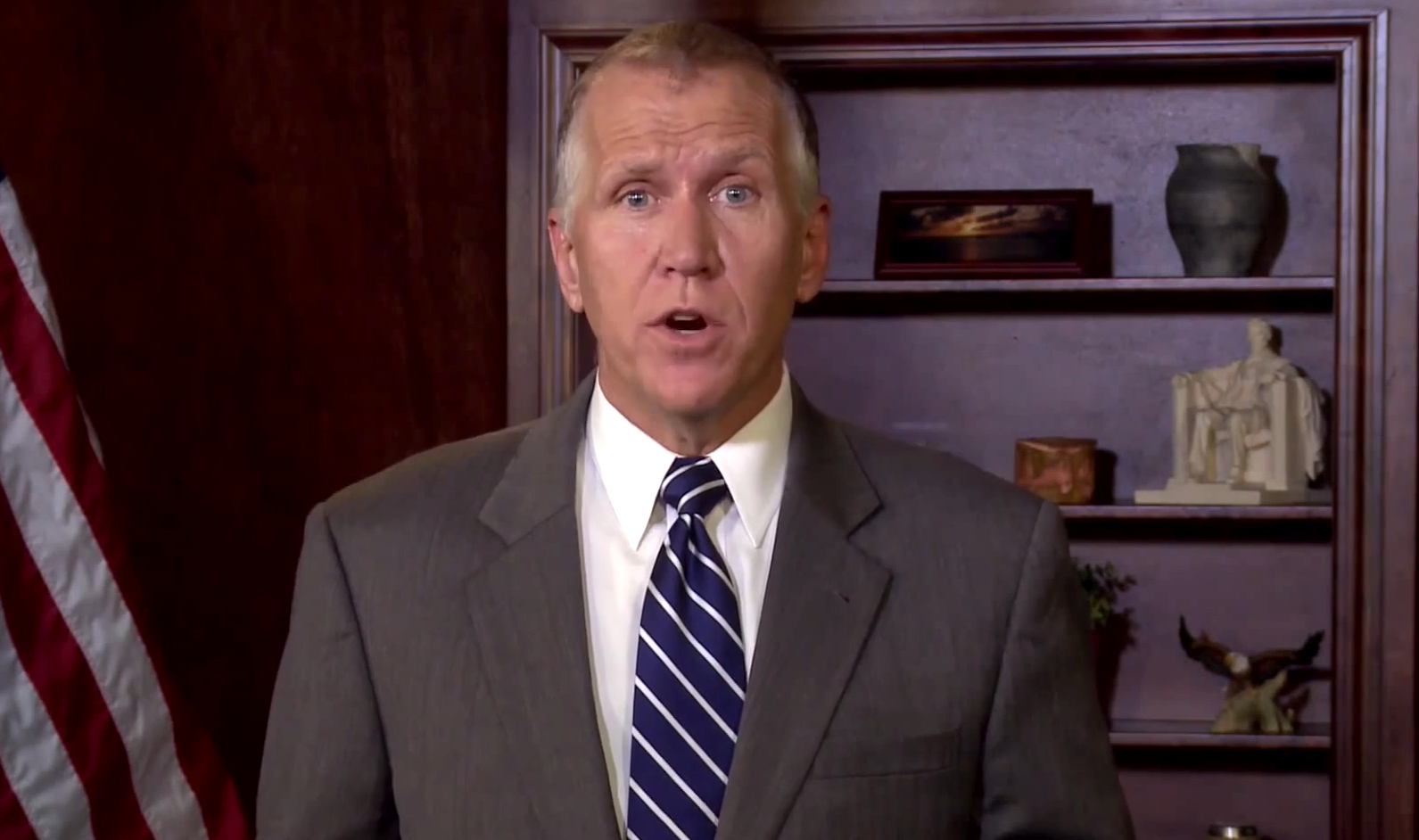 North Carolina Republican Senate candidate Thom Tillis panned President Obama's fiscal record and his health care law in the weekly GOP address Saturday, but he reserved his harshest criticism for the president's foreign policy, warning that the administration's approach to the rest of the world has "weakened America."

"Iran is getting closer and closer to developing a nuclear weapon," said Tillis, who's also the speaker of North Carolina's state house. "Russia continues to infringe upon the sovereignty of Ukraine. Our ally Israel is being attacked by terrorist groups. And the president still doesn't have a strategy to destroy the terrorist group known as the Islamic State. Simply put, America lacks leadership and is no longer considered to be an exceptional nation by our allies and our adversaries alike."

Of course, the administration would dispute Tillis' list of charges, particularly the accusation that the president has no strategy to defeat the group known as the Islamic State of Iraq and Syria, or ISIS.

The U.S. has been striking ISIS targets in Iraq for weeks, and earlier this month, the president announced an expansion of that bombing campaign to include Syria. He also sought and received congressional authorization to equip and train moderate Syrian rebel groups to take the fight to ISIS on the ground.

Some Republicans who had earlier been among the president's fiercest critics on the matter praised the escalation of American involvement in the fight against extremists.

"This is a very, very positive step, and I think it's really important for all of us to come together," Rep. Peter King, R-New York, told Fox News Monday, after the first strikes in Syria were launched. "Whatever happened in the past, that's behind us. What's important now is as Americans we go forward, support the president and urge him to continue this to make sure these attacks continue and go on until ISIS has been devastated."

In his own weekly address Saturday, the president brushed aside the charge that America has lost its mojo on the global stage, pointing to robust action at the United Nations conference this week in New York City and saying that "America is leading" the fight against ISIS, Ebola and other ongoing threats.

"American leadership is the one constant in an uncertain world," he said. "That was true this week, as we mobilized the world to confront some of our most urgent challenges."

"America is leading the world in the fight to degrade and ultimately destroy the terrorist group known as ISIL," he continued, referring to another name for ISIS, the Islamic State of Iraq and the Levant. "On Monday, our brave men and women in uniform began airstrikes against ISIL targets in Syria. And they weren't alone. I made it clear that America would act as part of a broad coalition, and we were joined in this action by friends and partners, including Arab nations. At the United Nations in New York, I worked to build more support for this coalition, to cut off terrorist financing and to stop the flow of foreign fighters into and out of that region."

The president also cited American leadership in the effort to contain the Ebola outbreak in West Africa and the global campaign to curb carbon emissions and reduce the threat of climate change.

Still, with midterm elections fast approaching and another presidential cycle on the horizon, the charge that the president has weakened America isn't likely to go away any time soon. A parade of Republicans, several considering 2016 presidential bids, lit up the Values Voter Summit in Washington, D.C., Friday with strident denunciations of Mr. Obama's foreign policy.

"Oh, the vacuum of American leadership in the world," said Sen. Ted Cruz, R-Texas, warning the audience of religious conservatives that Christians are under attack across the world. "We need a president who will speak out for people of faith, for prisoners of conscience."