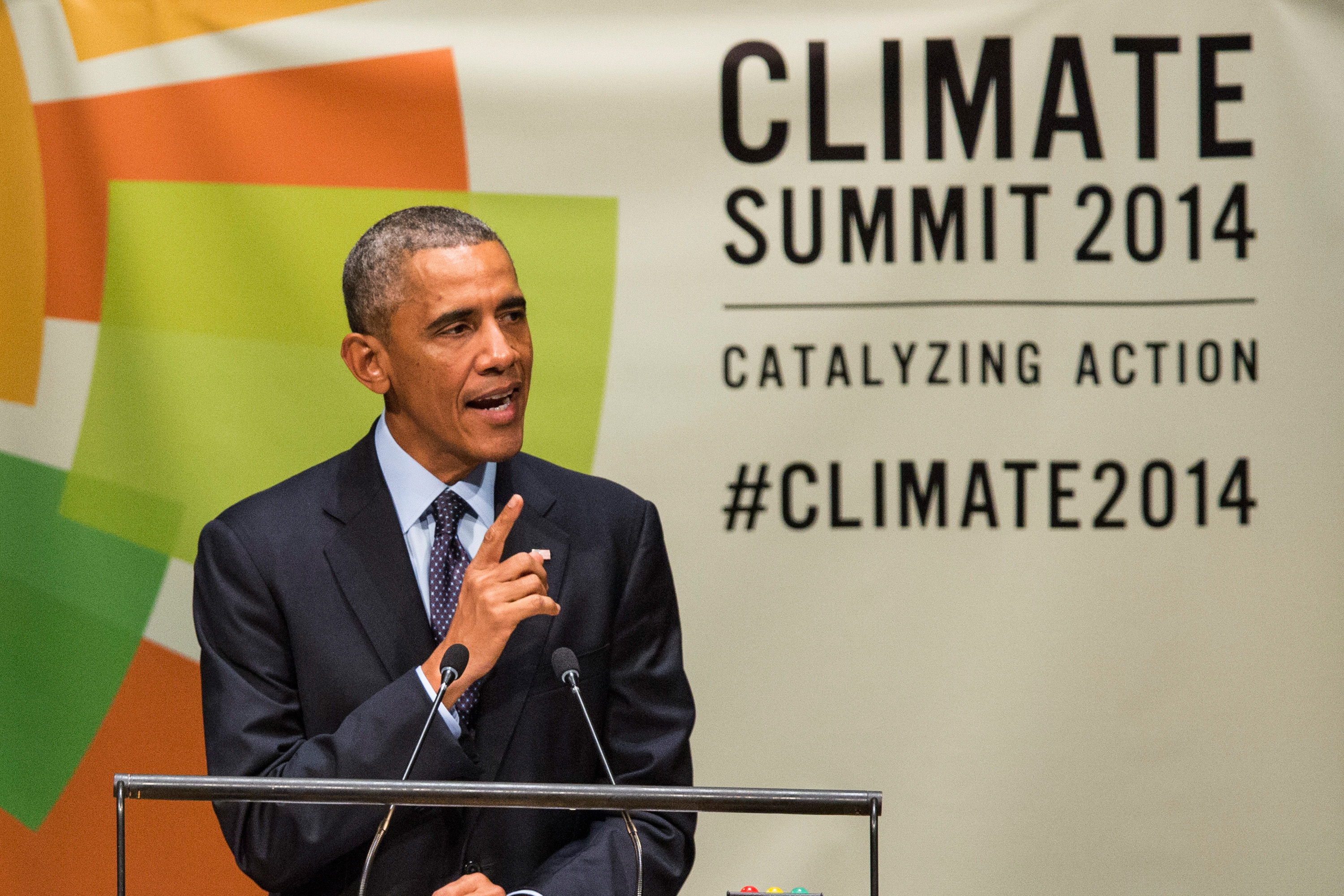 Touting the progress the United States has made in reducing its carbon footprint, President Obama told leaders gathered at the United Nations Climate Summit on Tuesday that every other nation, developed or otherwise, is obligated to follow suit.

"Nobody gets a pass" in combating climate change, Mr. Obama said. "Nobody can stand on the sidelines of this issue."

"We recognize our role in creating this problem, [and] we embrace our responsibility" to fix it, he said. Furthermore, he added, "we will do our part and we will help developing nations do theirs."

The modest new measures come ahead of the global climate treaty that world leaders are aiming to finalize next year.

"We need an agreement that reflects economic realities in the next decade and beyond," Mr. Obama said Tuesday. "It must be ambitious...it must be inclusive... and yes, it must be flexible because different nations have different circumstances."

Mr. Obama has taken a series of steps to reduce carbon emissions in the U.S. since taking office, including rolling out a comprehensive "climate action plan" last year. One key element of that plan -- limiting carbon emissions from existing power plants -- still faces resistance from some leaders in the U.S.

Still, as the president noted, the U.S. has reduced its total carbon pollution by more than any other nation on Earth in the past eight years. Additionally, the U.S. now harnesses three times as much from wind and 10 times from the sun as it did when Mr. Obama entered the White House.

Mr. Obama evoked Dr. Martin Luther King, Jr. in his remarks to stress that world leaders must act now to confront climate change. He also urged leaders to think think about the long-term consequences of their actions.

"While you and I may not live to see the fruits of our labor... the world we leave to our children and our children's children will be cleaner and healthier," he said.

The president also emphasized that "there does not have to be a conflict between a sound environment and strong economy."