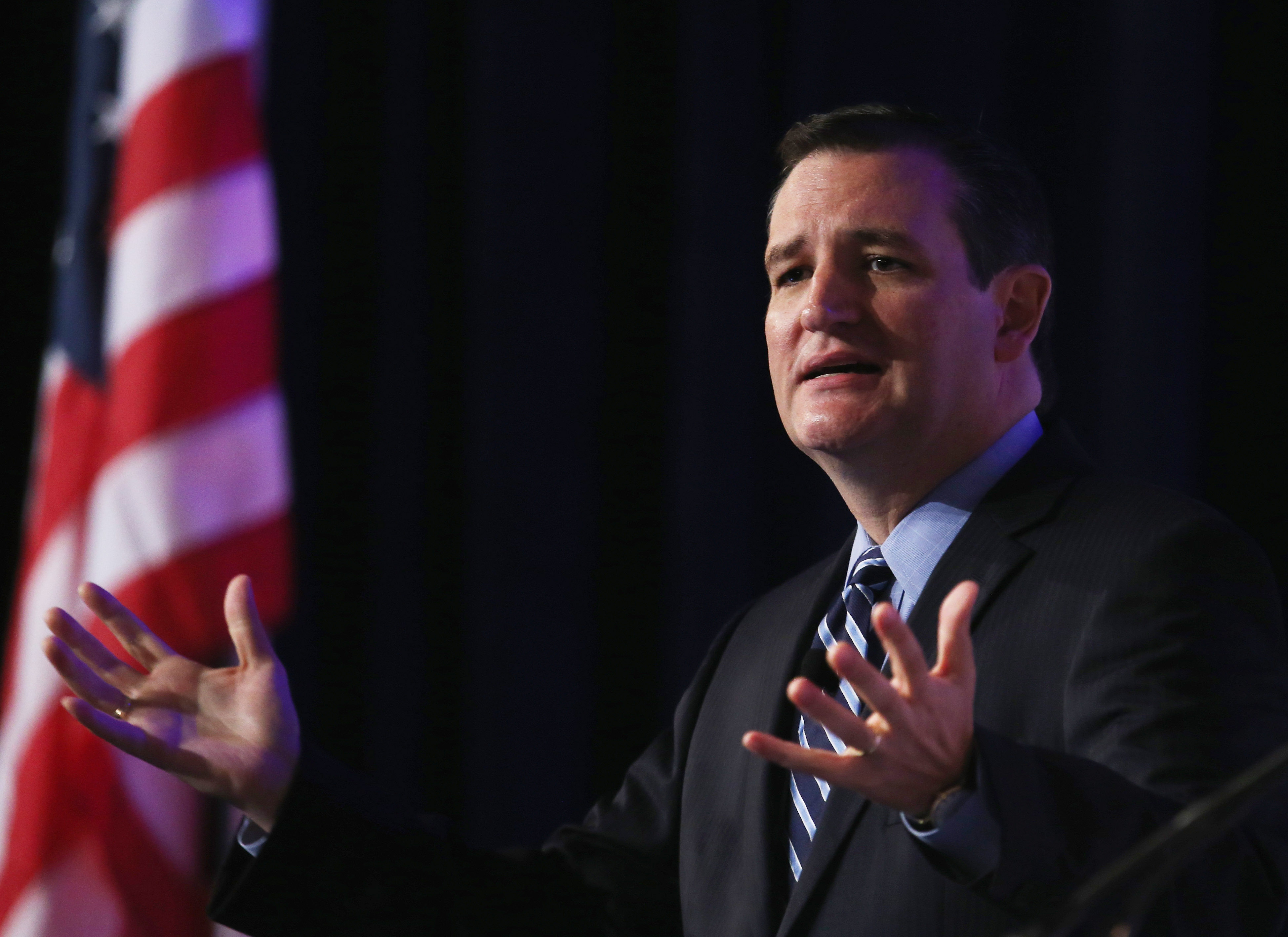 Another conservative cattle call, another opportunity for prospective Republican presidential candidates to prove their bona fides.

Sens. Rand Paul, R-Kentucky, and Ted Cruz, R-Texas, both fired up religious conservatives at the Values Voter Summit in Washington, D.C. on Friday, warning the audience of Christians that their faith is under attack at home and abroad.

Cruz cited the plight of several Christians who have been imprisoned or attacked across the Middle East due to their beliefs. He highlighted the case of Saeed Abedini, a pastor who has been detained in Iran since 2012, and suggested negotiations over Iran's nuclear program should not continue until the pastor is freed.

"This week the government of Iran is sitting down with the United States government, swilling chardonnay in New York City to discuss what [Israeli Prime Minister Benjamin] Netanyahu rightly describes as an historic mistake...setting the stage for Iran to acquire nuclear weapon capability," he said. "We so desperately need a president who will stand up and say, 'These discussions do not even begin until you release Pastor Saeed and send him home.'"

Cruz and Paul both cited the story of Meriam Ibrahim, a Sudanese Christian who was arrested and refused to recant her faith despite a looming death sentence.

Because of her faith, Cruz said, Ibrahim was "imprisoned, thrown into a pit, giving birth to her daughter with her legs in leg irons." He lauded the Sudanese woman, who was reportedly in attendance at the summit, as an "extraordinary hero."

"Across the globe, Christians are under attack, as if we lived in the middle ages," Paul said.

Cruz and Paul also warned about threats to religious liberty at home, praising the Supreme Court's decision in the Hobby Lobby case, in which justices ruled that the government could not force a private business to provide insurance coverage for contraception if it would violate the owners' beliefs.

"Obamacare tries to force us to separate our faith from our business," Paul said. "Fortunately, the Supreme Court felt otherwise."

Cruz hailed the decision as a "phenomenal victory for religious liberty."

Though their messages coincided at times, their appearances showcased markedly different styles. Cruz paced the stage like a restless televangelist, throwing red meat to the crowd on issue after issue, while Paul's delivery from the podium was more staid and measured.

Cruz was careful to hit all the right notes with his audience, discussing gun rights, Obamacare repeal, and privacy rights, among other issues, but never rocking the boat.

Paul, though, strayed a bit from the standard Republican script, explaining his opposition to arming Syrian rebels fighting Islamic extremists. He warned that none of the rebel groups fighting the Islamic State of Iraq and Syria could be trusted to use the weapons responsibly, and he suggested they would train their fire on Israel if they ever manage to bring Syria under control.

"It's time to put a stop to this madness, reexamine our foreign policy, halt all aid to Islamic radicals in Syria, Egypt, and elsewhere, and take a good, hard look at what our foreign policy has done," he said. "You and I must and should stand with our fellow Christians in the Middle East, around the world, but that does not necessarily mean war, and it certainly doesn't mean arming both sides in every conflict."

The audience chuckled. "You have to lay it out simply for people in Washington," Paul joked, "or they'll never get it."