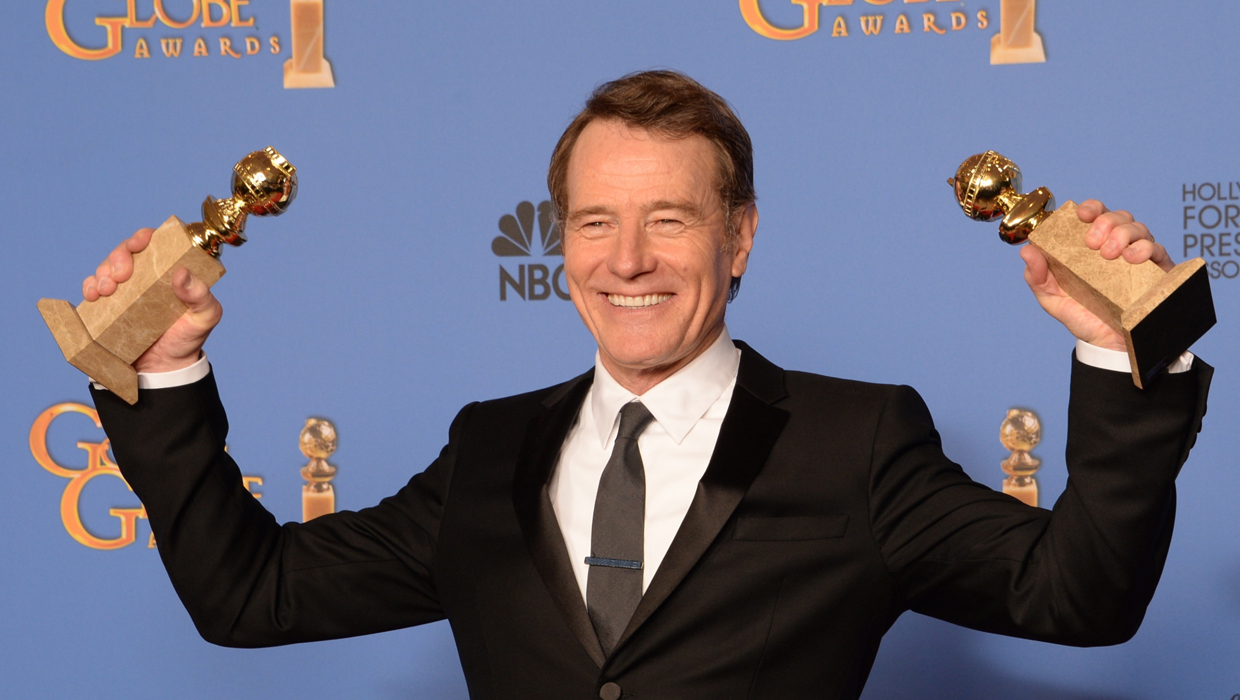 Diane Keaton sang for Woody Allen, and Jacqueline Bisset gave an awkward acceptance speech. Plus, there was that weird half-hug between Bono and Diddy. Sunday’s Golden Globe Awards featured plenty of buzzy moments, with many of the highlights going viral on social media. Instagram and Facebook rounded up the top five most social moments of the night:

"This is such a wonderful honor and such a lovely way to say goodbye to the show that meant so much to me," said Cranston.

The actor told the crowd at the Beverly Hilton, “Wow, I'd like to use this opportunity to clear up a few things. I did not ever use any prosthetics in this film…that tiny little Brazilian bubble butt was all mine."

During Bisset’s rambling speech, she uttered an expletive and said, "I want to thank the people who have given me joy. Like my mother, who used to say, 'Go to hell and don't come back," Bisset said. The curse was said after the word "joy."

4. “12 Years a Slave” wins best picture, drama as the show draws to a close

Steve McQueen's critically-acclaimed film went into the night with seven nominations and ended up taking home one of the night's biggest honors.

“It's kind of hard for me to wrap my mind around the fact that 179 of the world's most captivating actresses have appeared in Woody Allen's films," said Keaton during her speech. "And there's a reason for this. And the reason is, they wanted to.”