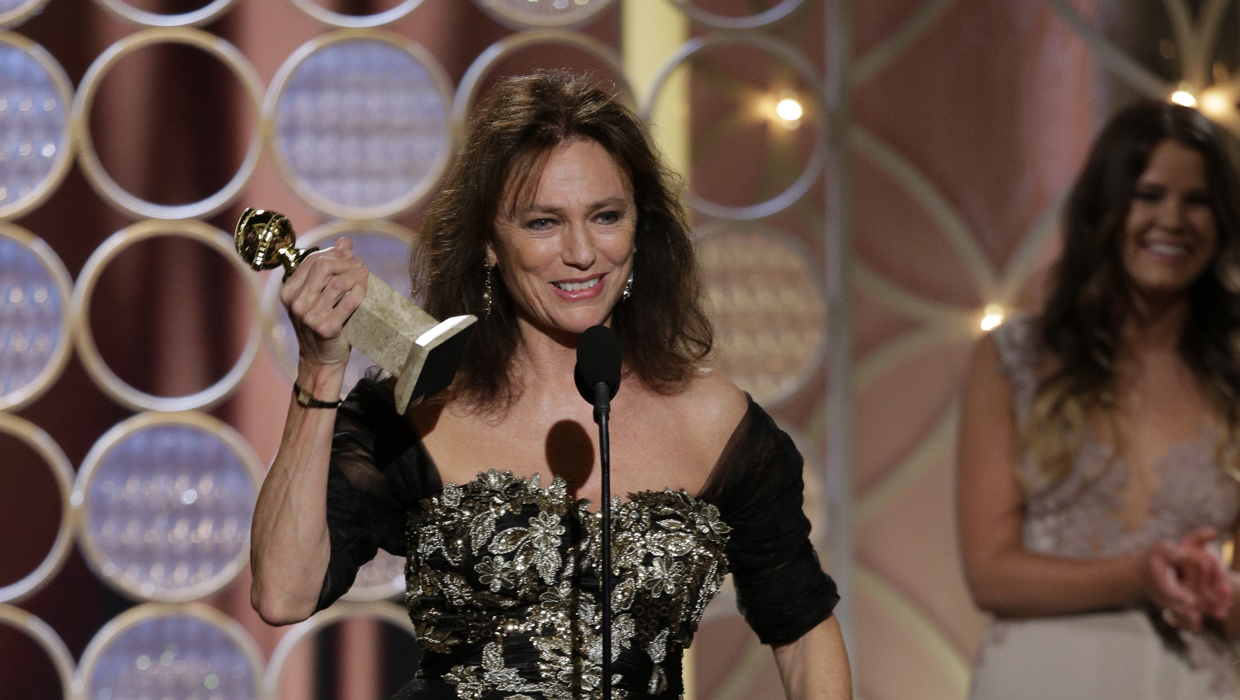 Jacqueline Bisset let an expletive, or two, fly out on Sunday night as she accepted her best actress in a mini-series win at the 71st annual Golden Globe awards.

The 69-year-old British actress took her time walking up to the stage to receive her award for her turn as Lady Cremone in "Dancing on the Edge," before launching into a rambling speech which included the word "sh--," an expletive that apparently slipped past the NBC censors.

"I want to thank the people who have given me joy. Like my mother, who used to say, 'Go to hell and don't come back," Bisset said. The curse was said after the word "joy."

Viewers on social media instantly took notice, with some wondering if Bisset was intoxicated during the awards show.