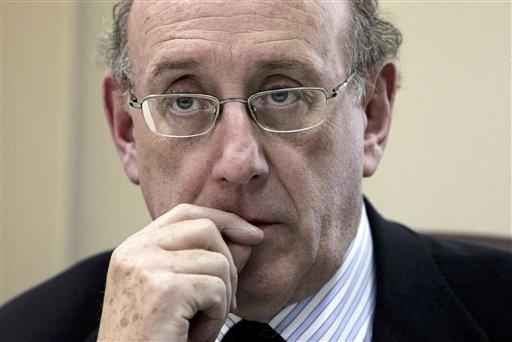 WASHINGTON - General Motors (GM) has hired attorney Kenneth Feinberg to advise it on its recall of small cars, but says his hiring doesn't necessarily mean it will establish a fund for victims.

Barra said Feinberg will bring his extensive experience with compensation to the company. Feinberg, an expert in disaster fund management, handled the Sept. 11 Victim Compensation Fund as well as funds for victims of the Boston Marathon bombing and the BP oil spill.

But she stopped short of saying GM will compensate victims or owners of the recalled cars. Under terms of GM's 2009 bankruptcy, the company is shielded from liability for injuries that happened before the bankruptcy.

She said GM will start meeting with Feinberg on Friday and will issue a decision in 30 to 60 days.

"We will make the best decisions for our customers, recognizing that we have legal obligations and responsibilities as well as moral obligations," she said.

GM has offered owners of the recalled cars $500 toward a new car, and is providing loaner vehicles while they are waiting for repairs. The company expects to begin those repairs this month.