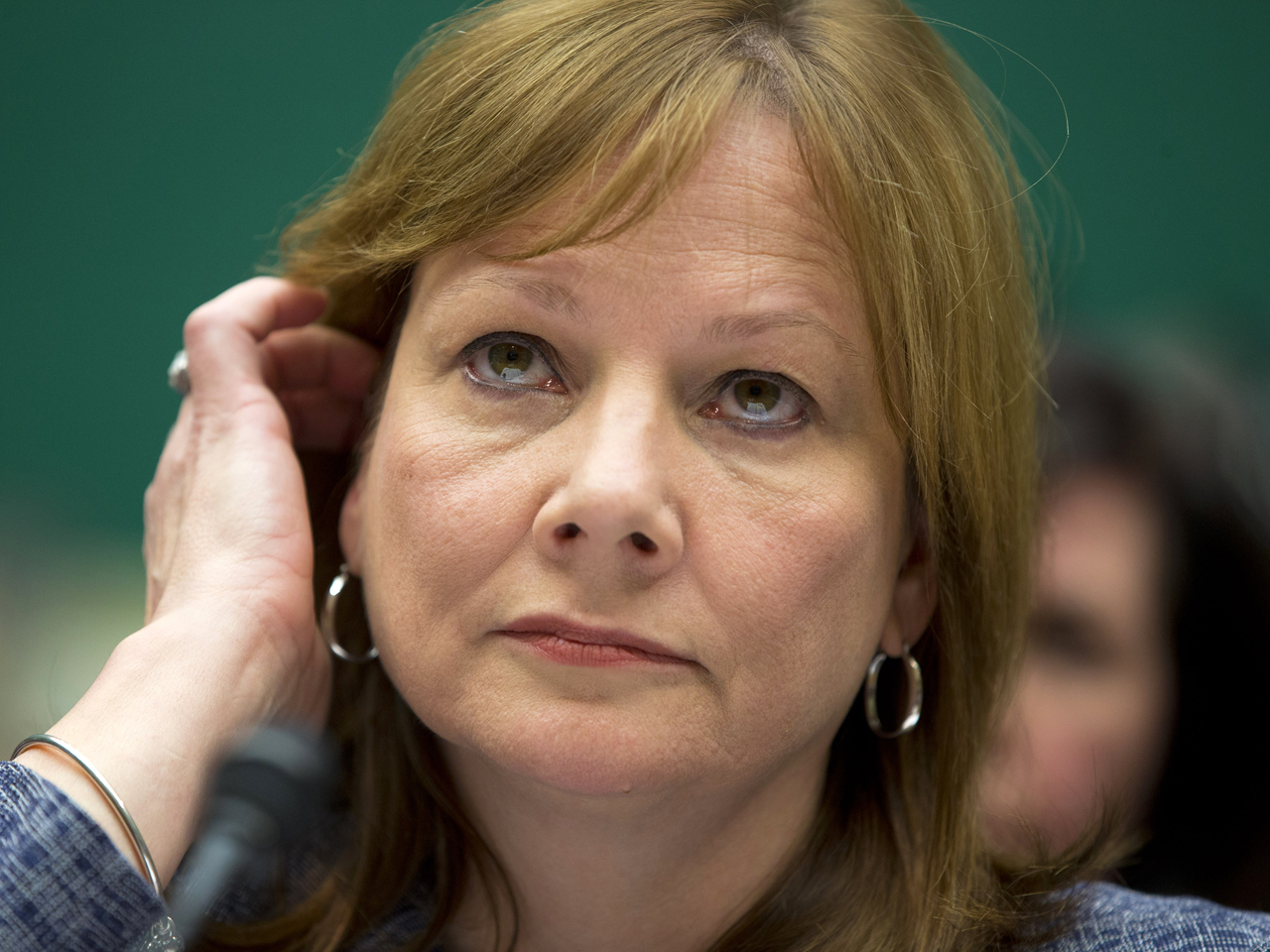 WASHINGTON - General Motors' new CEO Mary Barra testified Tuesday before a House committee to answer questions about why GM sold cars with an ignition switch that failed to meet its own specifications, and then failed to heed the recommendations of engineers to fix the part.

Members of Congress asked Barra why it took GM a decade to recall cars with the faulty switches, which the company now links to 13 deaths and dozens of crashes.

In opening comments, House Energy and Commerce Committee Chairman Fred Upton said he was determined to get to the bottom of what went wrong with this recall. "Today's hearing is very personal to me, because I come from Michigan - the auto state."

"We want to know who knew what when, and Miss Barra .. that includes you," said committee vice chairman Marsha Blackburn, R-Tenn.

In her opening statement, Barra said, "Today's GM will do the right thing. That begins with my sincere apologies to everyone who has been affected by this recall, especially the families and friends who lost their lives or were injured. I am deeply sorry."

Barra also said GM has hired noted compensation expert Kenneth Feinberg to evaluate how the company will respond to the families of accident victims whose cars are being recalled because of possible ignition-switch defects. Feinberg helped oversee compensation after the Sept. 11 attacks and the BP oil spill, among other high-profile cases.

Deal to be announced to resolve GM criminal probe
More
After reading her prepared statement, Barra came under immediate attack from lawmakers. Several panel members zeroed in on when GM first discovered problems with its ignition switches. When Barra seemed to duck the question by citing GM's ongoing internal investigation, Rep. Diana DeGette, D-Colo., fired back, "You don't know when GM knew about the defect?"


Some current GM car owners and relatives of those who died in crashes are also in Washington seeking answers. The group held a press conference where they demanded action against GM and stiffer legislation to prevent serious auto vehicle problems.

GM has recalled 2.6 million cars for the faulty switch. That recall prompted the automaker to name a new safety chief and review its recall processes. The company says new switches should be available starting April 7. Concerned owners can ask dealers for a loaner car while waiting for the replacement part.

Rep. Henry Waxman, D-Calif., asked Barra how GM customers can be sure that their vehicles will be safe once new switches are installed. "We will do 100 percent end-of-line testing to make sure the performance, safety and functionality of these switches are safe," Barra said.

"Why in the world would a company with the stellar reputation of General Motors purchase a part that did not meet its own specifications," asked Rep. Joseph Barton, R-Texas, who mentioned his training as an industrial engineer.

"I want to know that as much as you do," Barra said. "It's not the way we do business today."

Lawmakers also sought answers from the head of the National Highway Traffic Safety Administration, the nation's auto safety watchdog, about why the agency failed to investigate the GM cars despite numerous complaints from consumers about the cars stalling. Also, one of its top defects investigators proposed an investigation of the GM cars for air bags not deploying in 2007.


Whether members would get the answers they're seeking was unclear. In her remarks, Barra said she doesn't know "why it took years for a safety defect to be announced," but that "we will find out." GM has hired an outside attorney to lead an investigation of the company's safety processes.

The automaker has continued to expand the ignition switch recall, which originally applied to just a few hundred thousand vehicles. On Monday, GM announced another recall of 1.3 million cars because of a steering defect.

"The latest round of recalls demonstrates just how serious we are about the way we want to do things at today's GM," Barra said. "We've identified these issues, and we brought them forward, and we're fixing them."

In his prepared remarks, NHTSA chief David Friedman pointed the finger at GM, saying the automaker had information last decade that could have led to a recall, but only shared it last month.

The victims' families attended the hearing, wearing blue shirts featuring a photo of 16-year-old Amber Marie Rose, who was killed in a 2005 Cobalt crash, and the words "Protect Our Children."

Laura Christian, birth mother of Amber Marie Rose, a teenager who died in a 2005 Maryland crash involving a Chevrolet Cobalt, said about 30 family members met with Barra and two GM attorneys Monday night. She said they got little reaction.

GM would not comment on details of the meeting.

Waxman said Tuesday that Democratic committee staff members found 133 warranty claims filed with GM over 10 years detailing customer complaints of sudden engine stalling when they drove over a bump or brushed keys with their knees.

"GM shouldn't be receiving information over a 10-year period and not taking action to either inform the public or recall the vehicles," Waxman said.

Renee Trautwein, whose daughter Sarah Trautwein died while driving a 2005 Cobalt in June 2009 in South Carolina, said she is "sickened" by revelations that GM had multiple warranty claims about the problem yet did nothing.

"I think they should be taken off the road today," she said of the recalled GM cars.