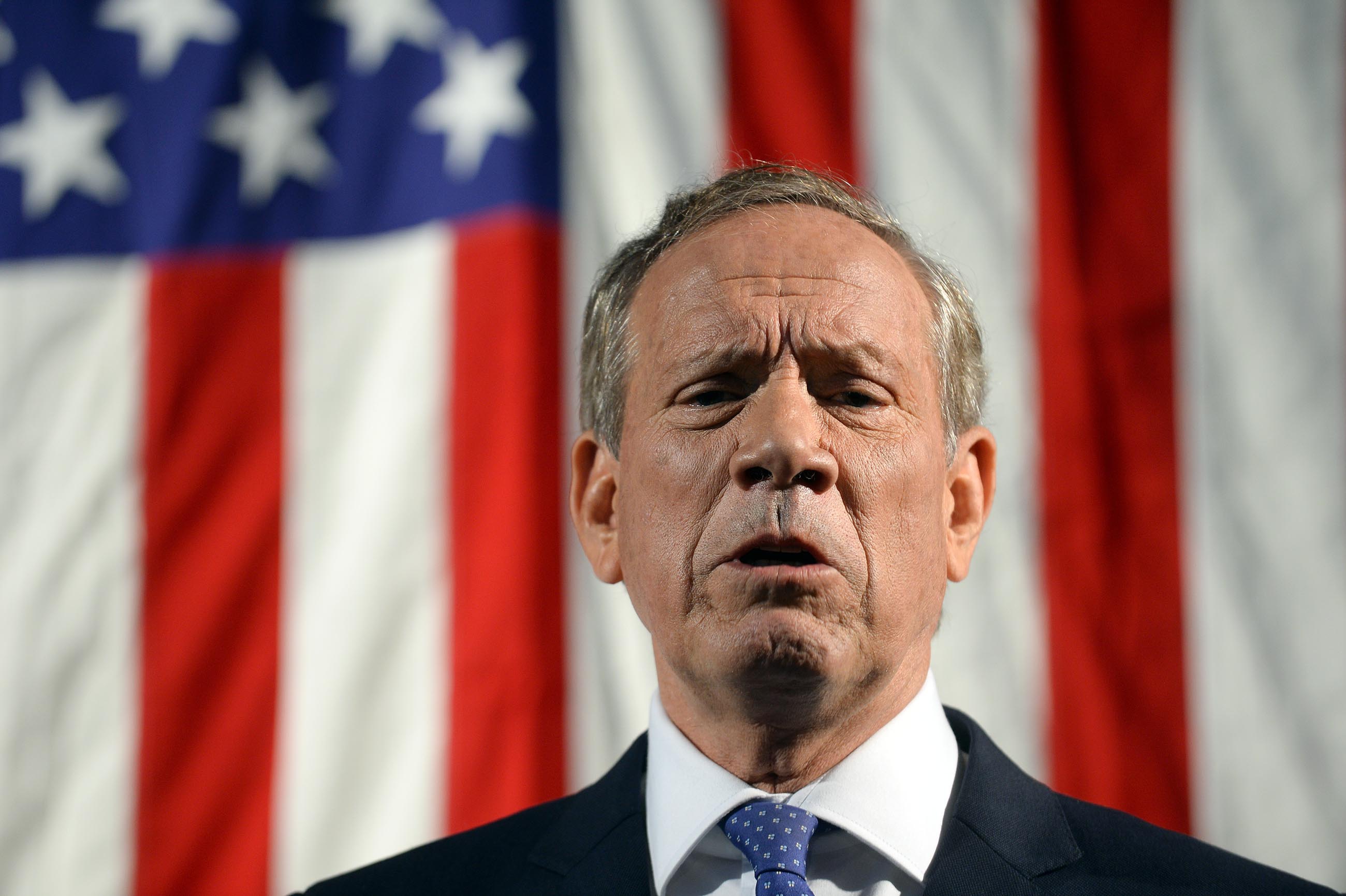 Pataki made the announcement in an ad that aired on local NBC affiliates in New Hampshire, Iowa and South Carolina Tuesday night.

"While tonight is the end of my journey for the White House as I suspend my campaign for president, I'm confident we can elect the right person, someone who will bring us together and who understands that politicians, including the president, must be the people's servant and not their master," said Pataki, 70.

A centrist Republican who led New York through the Sept. 11, 2001, attacks, Pataki failed to gain traction in a crowded field of candidates during an election season that has so far favored outsiders like billionaire businessman Donald Trump.

"He said he couldn't get any traction. He worked hard, it's just a different type of year," Breton said.

Ben Gamache, another member of Pataki's New Hampshire steering committee, said he'd also spoken with Pataki earlier Tuesday. He said the former governor talked about the need to unify the party and the country.

Pataki had hung his hopes on doing well in early-voting New Hampshire, but he has barely registered in state or national polls.

He never made it onto a main GOP debate stage, where he would have had the chance to reach millions more viewers, and had trouble raising funds.

Pataki appeared especially frustrated by Trump's rise, and zeroed in on his rival during the undercard debate earlier this month, declaring the New York real estate mogul unfit to be president of the United States.

"Donald Trump is the Know-Nothing candidate of the 21st century and cannot be our nominee," Pataki said.

Breton said he's already been contacted by a number of other GOP campaigns and received a personal phone call from Ohio Gov. John Kasich, who needs a strong finish in New Hampshire's primary. For now, Breton isn't ready to choose another candidate.

"I'm very saddened by it," he said of Pataki's departure from the race. "He's a great guy."

Rob Cole, the executive director of We the People, Not Washington, a super PAC backing Pataki's bid, said in an email to supporters Tuesday evening that the group was "disheartened to see Governor Pataki drop out of the race" but "Not Giving Up."

"We believe Governor Pataki is the best candidate to be our next President, however we aren't giving up the fight to elect a President who will fight for the values" the group stands for, Cole said, such as growing the economy and keeping the country safe.

Pataki announced his candidacy with a video in May.

He ended the campaign on a hopeful note, declaring, "I know the best of America is still ahead of us."