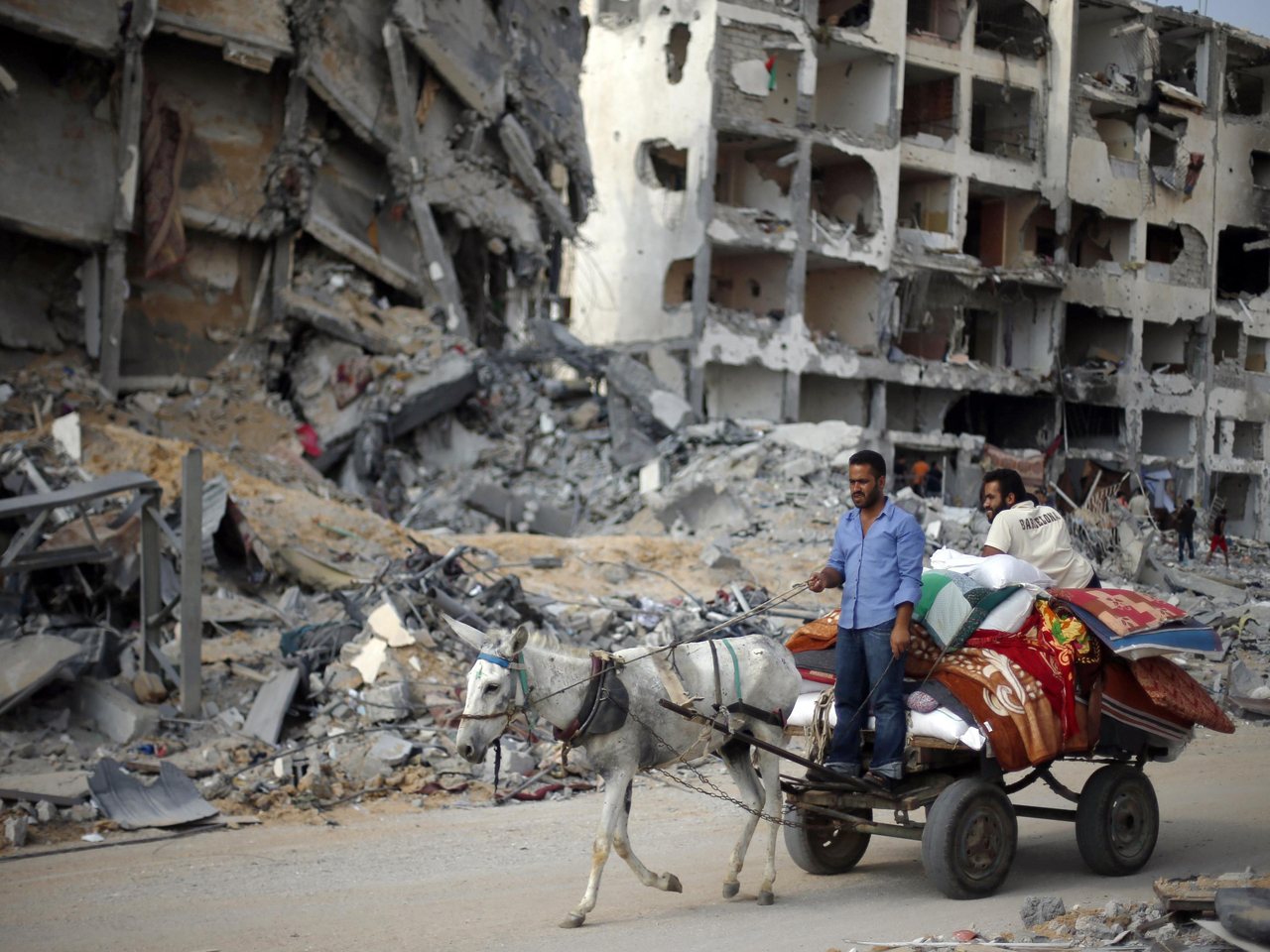 GAZA CITY, Gaza Strip -- A cease-fire between Israel and Hamas that ended a month of war was holding for a second day Wednesday, ahead of negotiations in Cairo on a long-term truce and a broader deal for the war-ravaged Gaza Strip.

CBS News correspondent Charlie D'Agata reported from Tel Aviv on Wednesday that despite the longest lull in fighting since the current crisis began, the cease-fire felt more like a standoff, and the prospect of a return to war wasn't far away; Israeli tanks were still positioned right on the Gaza border.

Whether the calm lasts, said D'Agata, was entirely dependent on the success of the talks in Cairo. Both sides have sent teams to discuss opposing demands that Hamas demilitarize and Israel end its blockade of the Gaza Strip.

But they've been fighting over those same opposing demands for eight years, and each minute of the 72-hour cease-fire that passes, is one minute closer to the deadline running out.

In the coming days, Egyptian mediators are to shuttle between delegations from both sides to try to work out a deal.

Some details have emerged about the negotiating points of Hamas, the Islamic militant group that controls Gaza, including an internationally funded reconstruction that would be overseen by a Palestinian unity government led by President Mahmoud Abbas.

Meanwhile, Norway is organizing a donor conference and the Western-backed Abbas is expected to take the lead in overseeing the rebuilding in the coastal territory, which his Fatah movement lost to Hamas in 2007.

The cease-fire is the longest lull in a war that has killed nearly 1,900 Palestinians. Israel has lost 67 people, including three civilians.

The war broke out on July 8, when the Israeli military began bombarding targets in Gaza in an attempt to stop Hamas from launching rockets at Israel. On July 17, Israel sent ground troops into the densely-populated territory to destroy underground tunnels it said Hamas had constructed for attacks inside Israel.

But in the weeks leading up to the war, Israeli-Palestinian tensions were soaring in the wake of the June killings of three Israeli teenagers, whose bodies were discovered two weeks after they disappeared in the West Bank.

Israel accused Hamas of being behind the abductions, and subsequently carried out a massive ground operation in the West Bank, arresting hundreds of Hamas operatives as part of a manhunt. And in early July, an Arab teenager was abducted and burned alive by Israeli extremists in an apparent revenge attack. Six Jewish Israelis were arrested in that killing.

On Wednesday, Israel's justice ministry confirmed that the suspected mastermind behind the killing of the three Israeli teens had been arrested in July. The suspect, Husam al-Qawasmi, allegedly led a three-man cell that Israeli prosecutors say kidnapped and murdered the teens. It wasn't immediately clear if al-Qawasmi has been charged.

In Gaza, meanwhile, people have taken advantage of the calm to return to their devastated homes and inspect the damage.

For the first time in nearly a month, CBS News correspondent Clarissa Ward said the streets of Gaza were bustling Tuesday, as Israeli troops withdrew completely and both sides stopped firing.

Ward reported that after weeks of relentless bombardment, the full extent of the damage was only just beginning to sink in. Many of the people who were finally able to come home Tuesday found they had no homes to return to. Entire neighborhoods have been completely destroyed.

Cars and donkey carts loaded with household goods and mattresses filled the streets and queues formed at banks as people waited to withdraw cash from ATMs.

Crews from utility companies worked frantically to repair downed electricity and telephone lines, though with Gaza's only electrical generating plant badly damaged by an Israeli attack, it may be a long while before anything resembling normal service is restored.

In the devastated Shijaiyah neighborhood east of Gaza city, carpenter Mahmoud Al Maghani, 44, surveyed the damage to his property.

"I think my workshop was here, but honestly I can't make sure of that," he said. "I came yesterday and all I found was rubble."