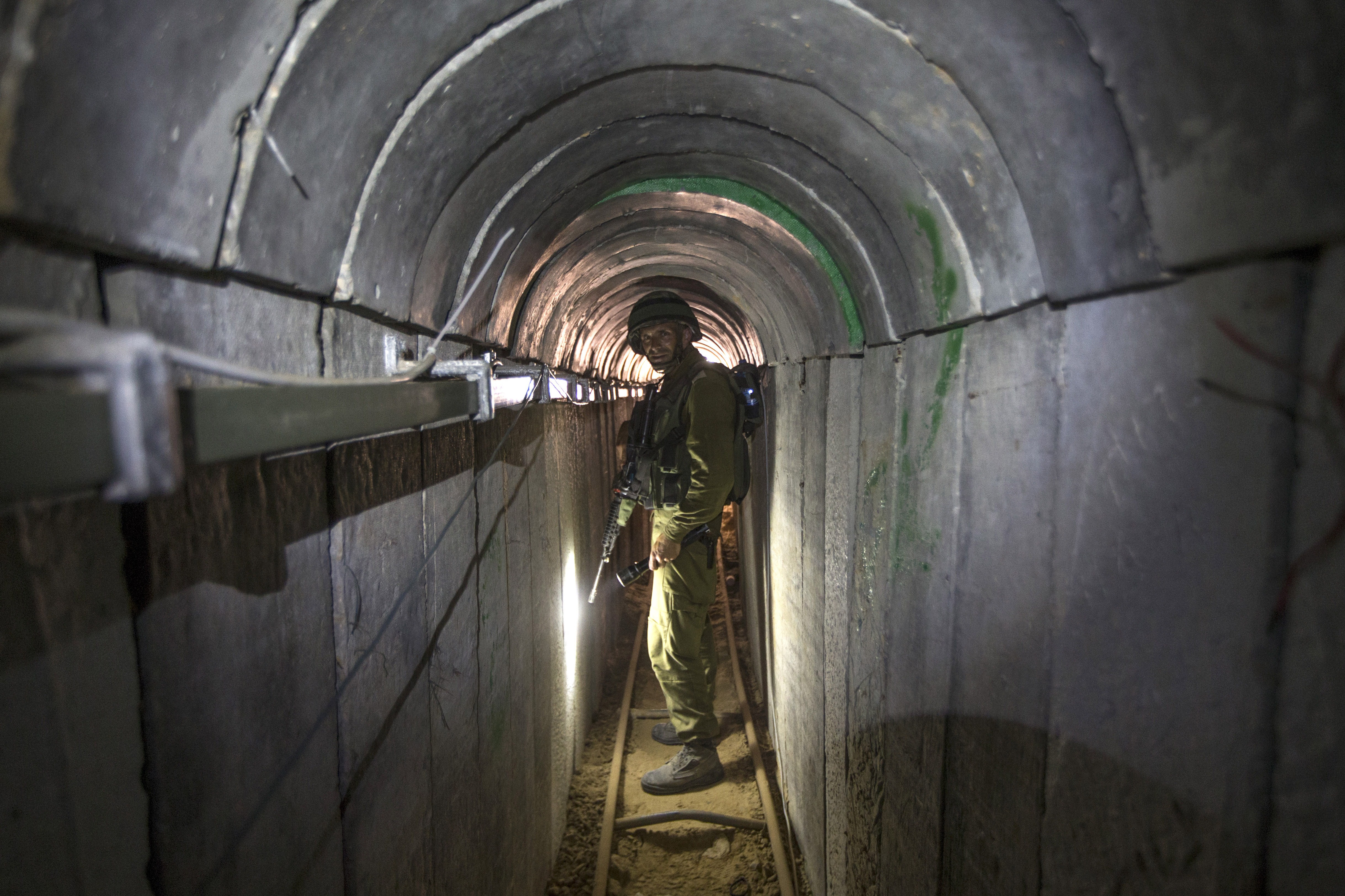 ISRAEL - GAZA BORDER -- Israeli ground forces have begun pulling out of the Gaza Strip, but the Israel Defense Forces (IDF) say the operation to quiet rocket fire from the Palestinian territory is not over yet, and they remain focused on destroying the vast network of tunnels honeycombed underneath Gaza and reaching in many locations deep into Israeli territory.

On the heels of the second alleged airstrike hitting a United Nations-run school in Gaza, with deadly effect, Israel declared a unilateral cease-fire on Monday morning, but cautioned that ongoing operations would continue, and any incoming fire would draw a response.

CBS News' Charlie D'Agata saw Israeli tanks rumble across dusty farmland near the Gaza border, apparently on their way out, but underground, the operation continued full-force.

Fifty feet below the tanks and a field of potatoes, Israeli forces discovered a tunnel cutting a direct course to a nearby kibbutz. It's more than two miles long, stretching from Gaza almost a mile into Israel.

Israeli Army Captain Daniel Elbo gave D'Agata a tour of what his government calls the "terror tunnels," and he said the militants thought of everything.

"Here you can see that there are cables," he told CBS News. "It is both electricity cables and phone cables." Elbo explained that because the tunnel is some 50 feet deep, cell phones don't work.

But Israel's military admits, despite their best efforts, there are probably more tunnels they haven't picked up on yet.