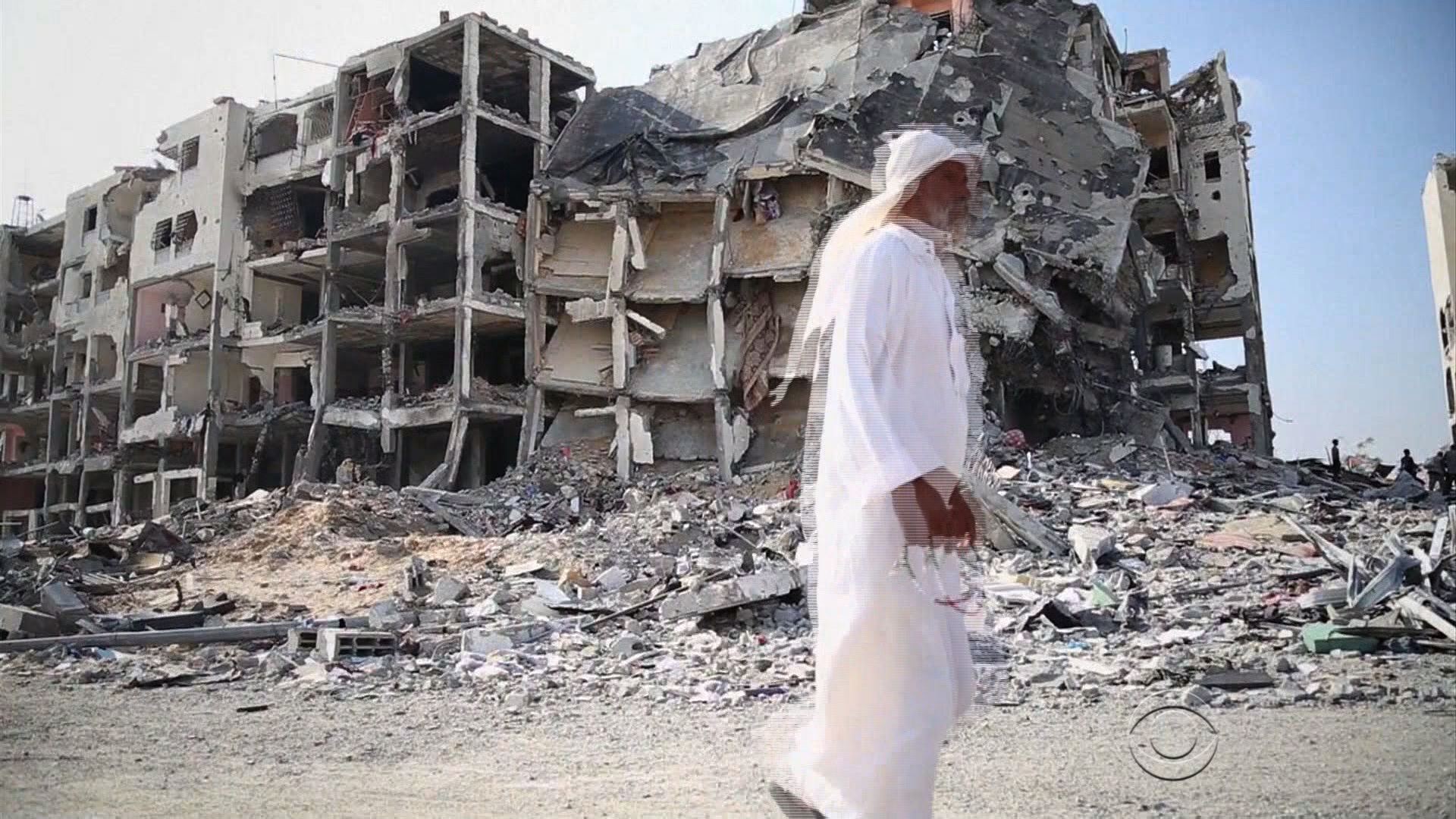 GAZA CITY, Gaza Strip - For the first time in nearly a month, the streets of Gaza were bustling Tuesday, as Israeli troops withdrew completely and both sides stopped firing, at least for now.

But after weeks of relentless bombardment, the full extent of the damage is only just beginning to sink in.

Many of the people who were finally able to come home Tuesday are finding they have no home to go to. There are entire neighborhoods that have been completely destroyed.

Families picked through the debris to salvage what little they could. In Shujaiya, one of the hardest hit areas, resident Samir Halal showed CBS News what was left of his house.

"My children, small children, they cried where my room daddy, where my books," Halal said. "You want to live with peace? Not like this. Peace not like this."

When asked about Israeli assertions that Hamas fighters were firing rockets from the area, Halal said, "Not here. We don't have Hamas here. All the building here is civilian people."

But a map released by the Israeli military of the area claimed to show multiple tunnels built by Hamas, leading into Israel. And at the mosque next door reporters spied what appeared to be archways for building tunnels. CBS News was not allowed to enter.

Israel is claiming victory in its operation, saying it destroyed around 32 of the tunnels, while Hamas called it a 100 percent failure. Both sides will continue to fight the propaganda war.

But that rhetoric holds little interest for most people in Gaza. They're simply grateful for the calm.

As the cease-fire holds in Gaza, residents survey the damage
More
Clarissa Ward