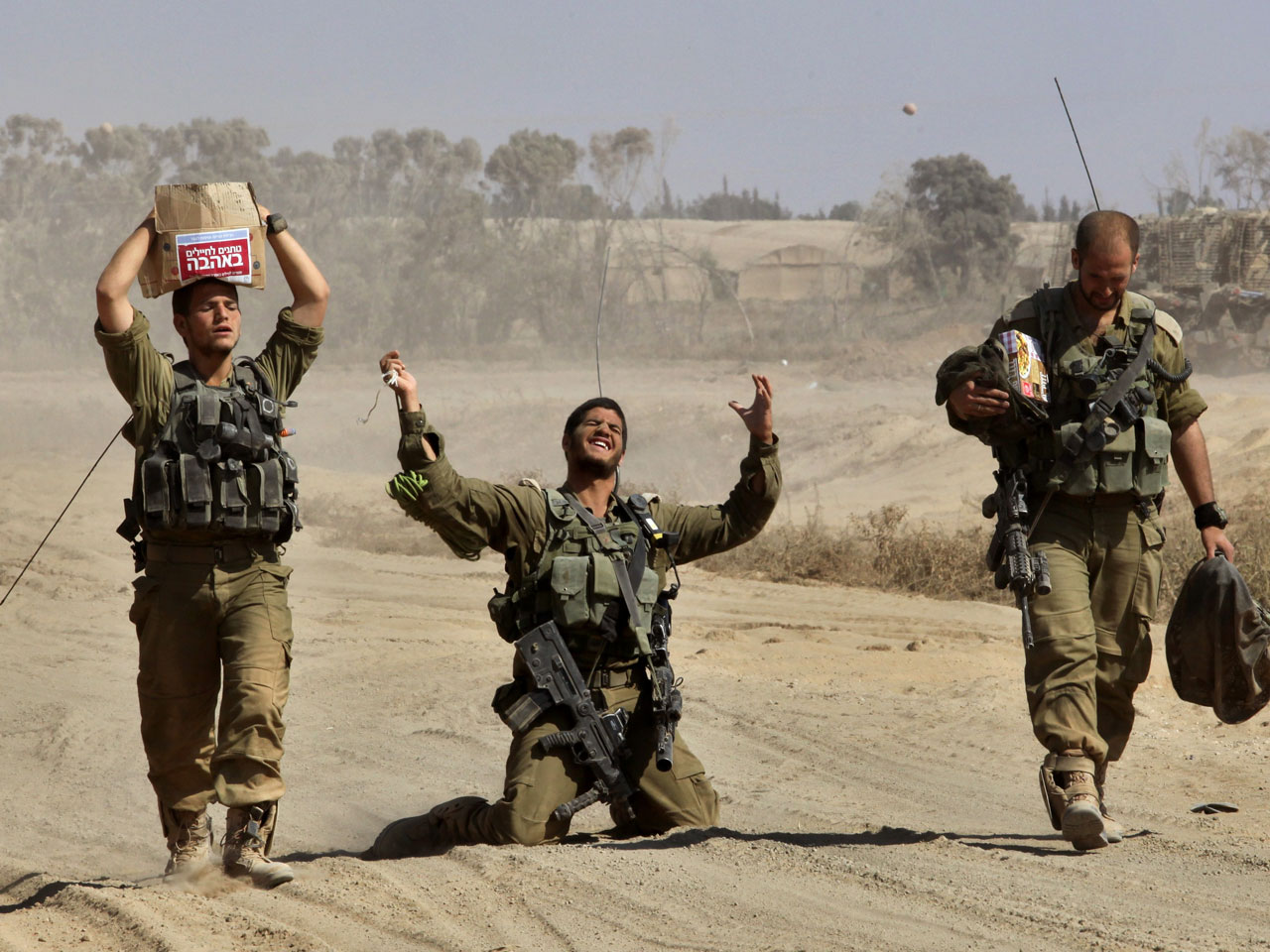 JERUSALEM - Israel and Hamas on Monday accepted an Egyptian cease-fire proposal meant to halt a monthlong war, signaling an end to the bloodiest round of fighting between the bitter enemies could finally be approaching.

The sides said a preliminary 72-hour truce was to begin at 8 a.m. ( 1 a.m. EDT) Tuesday. Egypt was then set to host indirect talks to work out a long-term truce over the next three days.

"At 8 a.m. local time tomorrow a cease-fire starts and Israel will cease all military operations against terrorist targets in the Gaza Strip," said Israeli government spokesman Mark Regev. "Israel will honor the cease-fire and will be watching to see if Hamas does to."

A delegation of Palestinian officials from various factions, including Hamas, has been negotiating with Egypt in recent days. Hamas spokesman Fawzi Barhoum said the group had accepted the plan.

"It's clear now that the interest of all parties is to have a cease-fire," said Bassam Salhi, a member of the Palestinian delegation. "It's going to be tough negotiations because Israel has demands too."

Several previous cease-fires have collapsed, including a similar plan for a 72-hour truce that broke down last Friday in heavy fighting. Both sides blamed each other.

She said the U.S. would "continue to work with our international partners to find a way forward that not only brings an end to the violence, but also addresses the underlying issues through a durable, sustainable solution for the long term."

A spokesman for U.N. Secretary-General Ban Ki-moon said he urged the parties to begin talks as soon as possible in Cairo on a durable cease-fire "and the underlying issues."

The war broke out on July 8 when Israel launched an air campaign in response to heavy rocket fire out of Hamas-controlled Gaza. Israel expanded the operation by sending in ground forces on July 17 in what it described as a mission to destroy a network of tunnels used by Hamas militants to stage attacks. The army said it is close to destroying the last of the tunnels.

The tunnel was more than 2 miles long. It started inside Gaza and stretched about three-quarters of a mile inside Israeli territory. It was equipped with electricity and phone cables. Constructed of steel-reinforced concrete, the tunnel was nearly 6 feet high and 3 feet wide.

"They were pretty close," he said. "They needed a few more meters. It could have been a matter of some days."

The elaborate system has an estimated cost of $90 million -- a huge price tag when there is 40 percent unemployment in Gaza, D'Agata reported.