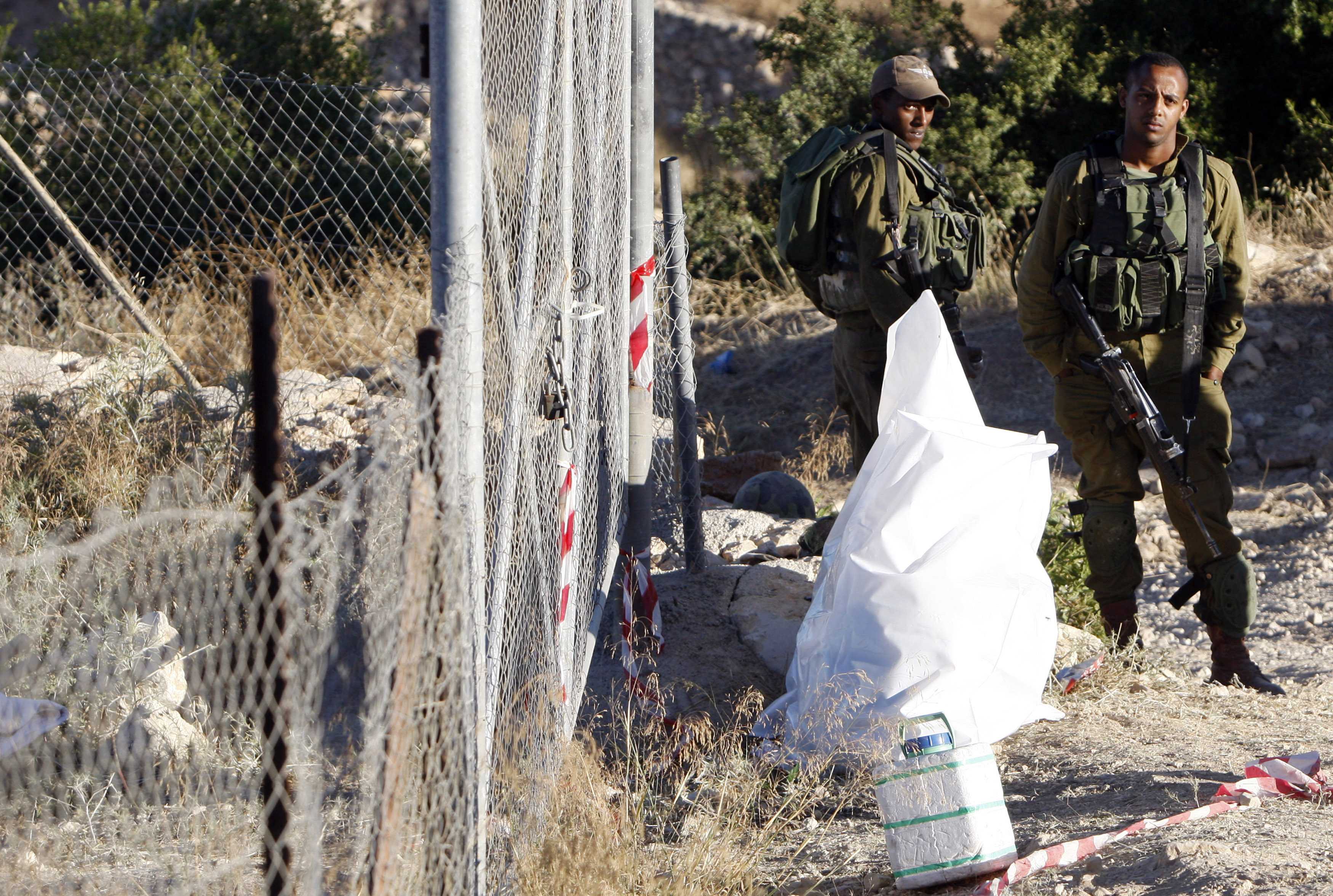 NOF AYALON, Israel -- Crowds gathered Tuesday outside the home of American-Israeli national Naftali Fraenkel, to mourn the teen who was one of three killed -- according to the Israeli government -- by militants from the Islamic extremist group Hamas.

Overnight, soldiers detonated explosives in a raid on one suspect's house in Hebron.

There were also airstrikes in the Gaza Strip, which is run by Hamas, and one Palestinian - also an alleged Hamas member - was shot dead after throwing a grenade at Israeli forces during an arrest raid in the West Bank, Israeli officials said Tuesday.

It represents a swift Israeli response following Monday's grisly discovery of the three teens' bodies near where they disappeared more than two weeks earlier. The bodies were removed from under a pile of rocks in an open field.

It was exactly the news their families feared most. After weeks of praying for the young men's safe return, Israelis gathered to hold vigils in mourning upon hearing their prayers had not been answered.

"Hamas is responsible and Hamas will pay," Israeli Prime Minister Benjamin Netanyahu proclaimed at an emergency cabinet meeting on Monday.

Though the Islamic extremist group has distanced itself from the kidnappings and the killings, Hamas spokesman Sami Abu Zahri warned of further violence "if Israel uses aggression and escalation."

"They will pay a price," said Zahri.

Palestinians have already paid a price. In the last two weeks Israelis have conducted a massive security operation, arresting hundreds and killing at least six people.

Israel has made it clear that its crackdown on Hamas will continue -- even as the Israelis bury their dead. The funerals for the three teenagers were to take place later on Tuesday, and Netanyahu was to attend.