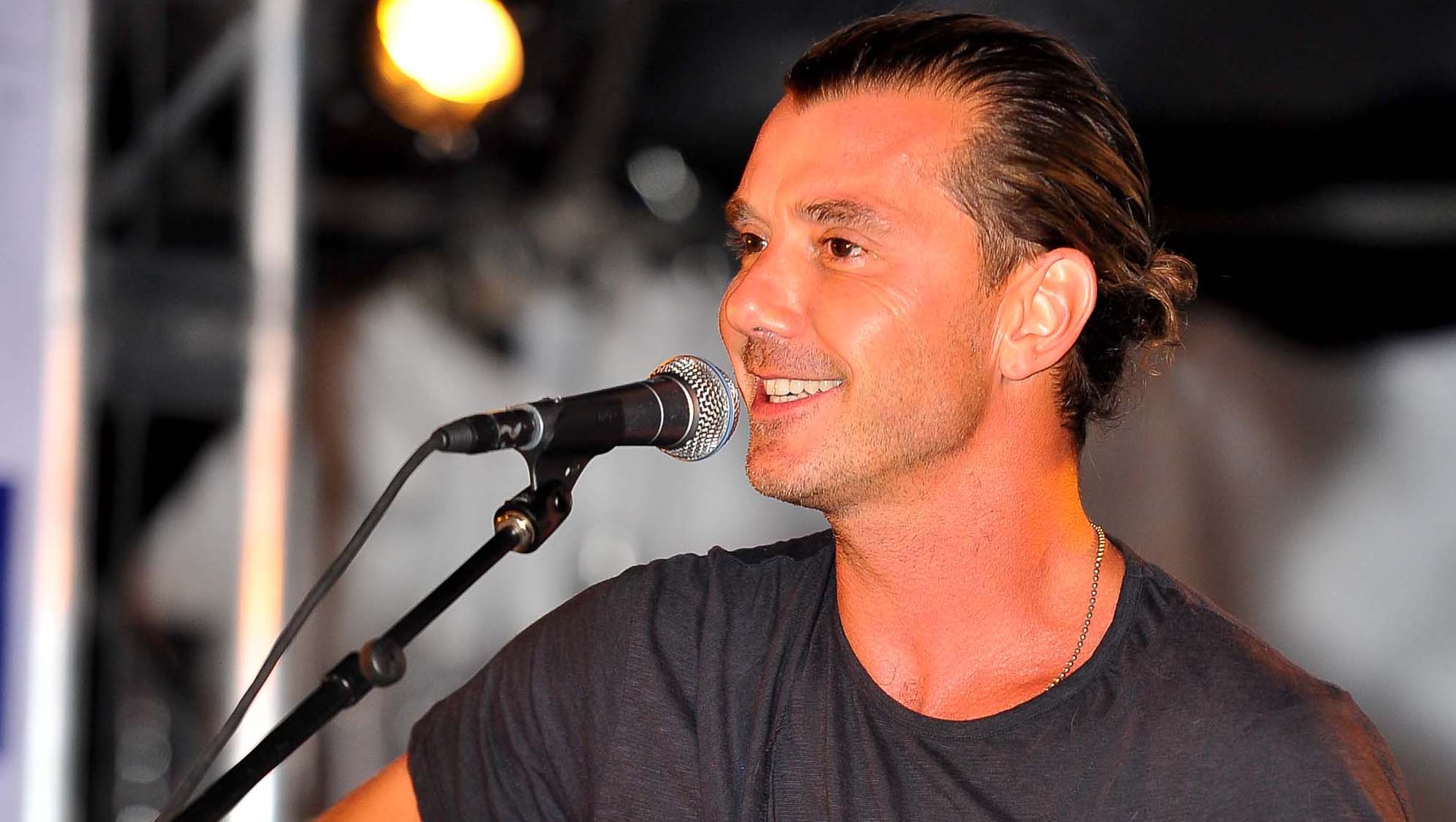 Gavin Rossdale wants to make sure Bush fans know his band is not "just passing through."

The British rock group, which rose to fame in the '90s, took a hiatus from 2002-2010, while Rossdale spent time working on solo material and playing with his band Institute.

He resurrected Bush again and returned in 2011 with "The Sea of Memories," the first new Bush album since 2001's "Golden State." The set spawned the No. 1 alternative radio hit "The Sound of Winter," which meant Bush was officially back. At that point, there was no question there would be more music, Rossdale says.

"I really wanted to consolidate what we've done, and it was so great seeing people again," Rossdale told CBS News.

Bush is now readying its sixth studio album, "Man on the Run," due out Oct. 21.

Rossdale had as many as 30 songs for the album before whittling it down to 11 tracks (and an additional 3 bonus songs on the deluxe edition). "What winds up happening is simply the best songs get chosen," he said.

For the new album, Rossdale wrote about love and loss, taking inspiration not just from his own life but from everything around him.

"The title 'Man on the Run' is meant to be a cross-section of everyone I know, of society...men, women, boys, girls -- everyone trying to find their way through, deadlines, struggles...pressure that life brings," he said.

The first single, "The Only Way Out," is an uplifting song, Rossdale says. "It's a little guide-book to help you through the troubled times -- just to look inward and to find that strength. I think it's a good stepping stone into the whole record."

Rossdale, meanwhile, will soon be seen as a mentor on the upcoming season of NBC's "The Voice," alongside his wife, Gwen Stefani, who will serve as a coach for the first time. The No Doubt frontwoman will sit beside fellow newcomer Pharrell Williams and longtime coaches Adam Levine and Blake Shelton. The first episode of season 7 kicks off Monday.

"It was a really enjoyable process," Rossdale said. "It was really fun to do that because you see how much they care and how much work they put in to that point. All the people that I worked with -- with Gwen were really good singers. Each and every one -- all in different ways. I was more concerned about whether they ... why should they listen to me? They might turn around and be like, 'You know, maybe you don't understand our kind of music -- or something.' I was a bit concerned about that. But it was really a great experience."

Stefani recently revealed that she was a little nervous about working so closely with her husband of 12 years, telling The Associated Press she feared it might be "awkward."

"I offered to resign from doing the job," Rossdale, 48, joked, "because this is way too much tension at breakfast."

"It's amazing. It's amazing," Rossdale said about fatherhood and his latest family addition. "He's incredible. She's an incredible mom and it's a really good setup. It's a challenge to give everything the time it deserves but somehow I think we more or less make it."

Rossdale will hit the road with Bush early next year, doing festivals, radio shows before launching a full-fledged tour.

While touring the world, Rossdale says he sees fans of all ages in the audience -- more so now than ever.

"We're now moving into that rarefied space and having a real career -- and you get a generational thing," he said. "You get people who say, 'My older brother played you when I was growing up. But I was like 7. I never thought I'd come and see you.' Or even wider gaps -- you get kids whose fathers were really into the band."

Check out the video above to her Rossdale reflect on the 20th anniversary of Bush's debut album, "Sixteen Stone," which featured the singles "Comedown" and "Glycerine."