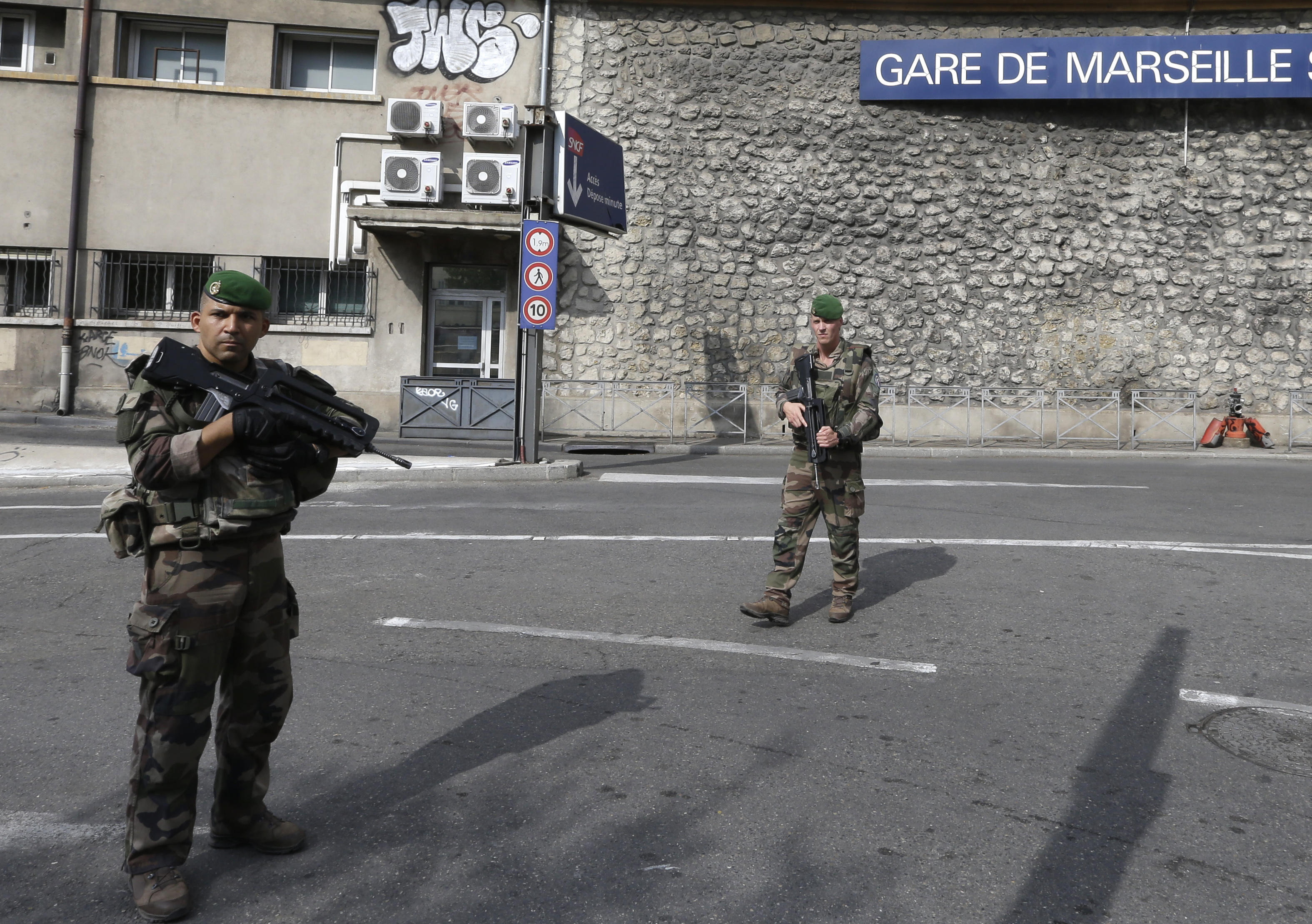 MARSEILLE, France -- Two women have been killed in the attack by a man with a knife at Marseille's main train station, including one whose throat was slit, according to French officials.

The officials say soldiers then fatally shot the attacker.

Sunday evening ISIS claimed responsibility saying one of its "soldiers" carried out the stabbing.

Police have evacuated the Saint Charles station, with officers and soldiers taking up positions outside.

The officials spoke on condition of anonymity because they weren't authorized to discuss an ongoing investigation.

The Paris prosecutors' office says that a counter-terrorism probe has been opened, but no motive for the attack has been immediately given.