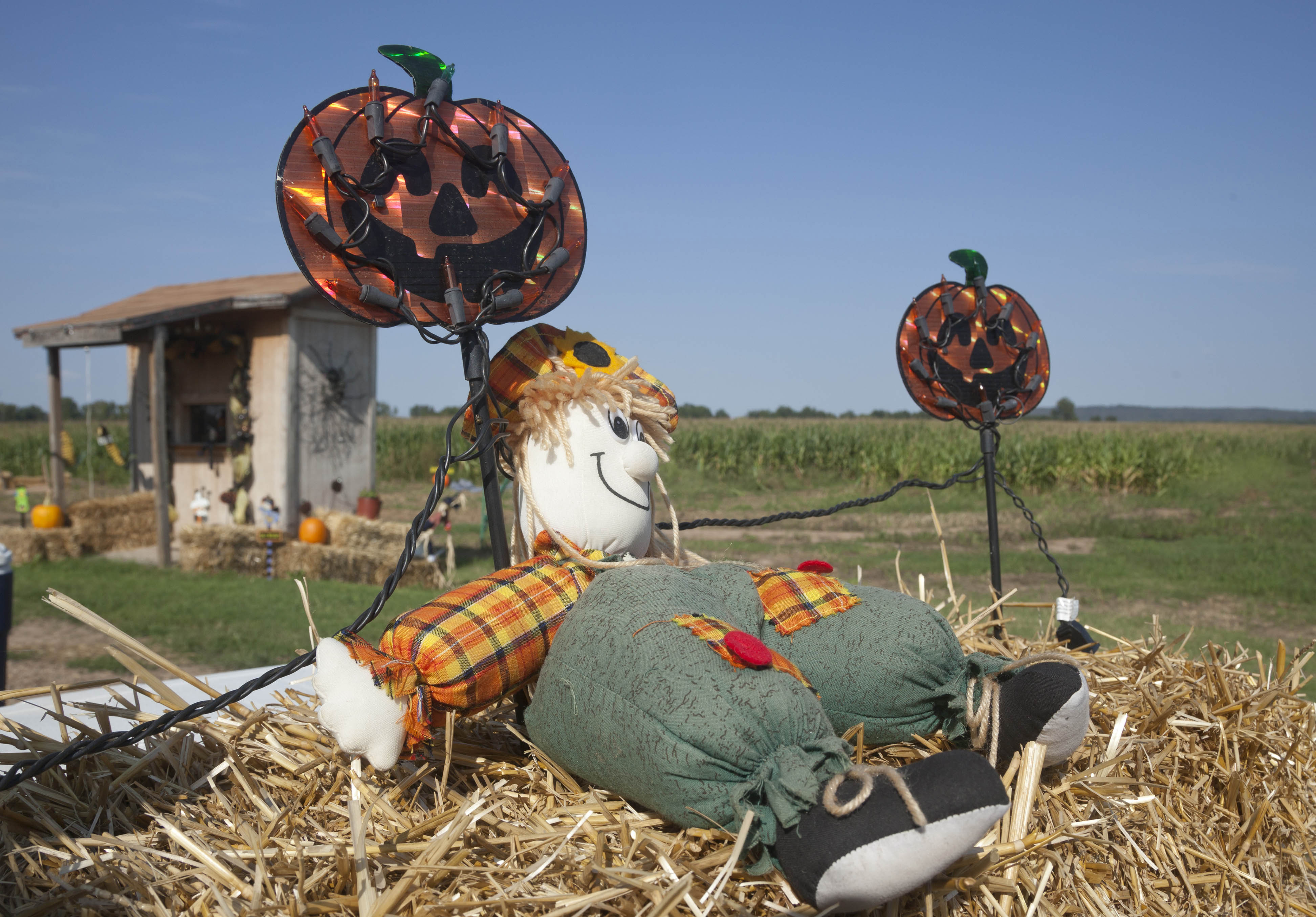 INDIANAPOLIS Devastating spring freezes and a historic drought have stripped some charm from rustic fall destinations, leaving some corn too short to create mazes, orchards virtually devoid of apples and fall colors muted.

Extreme weather has forced agritourism ventures in the heart of the country to scramble to hold onto their share of an industry that generates hundreds of millions of dollars each year.

Pat Schaefers, who runs Schaefers Corn Maze near Lollie, Ark., hopes visitors to the farm's two mazes won't mind that the corn is just 6 to 8 feet this fall -- up to 4 feet shorter than the wall of corn families and school groups normally pay to get lost and turned around in.

"It's just not up to par," she said of the corn in her two mazes. "It's not anything like it's been in past years."

Yet Schaefers was one of the lucky ones. Even though the corn in her 30 acres of mazes is shorter than normal, she was able to open them for a seventh year thanks to a summerlong irrigation effort at the 1,000-acre farm she owns with her husband, Bob.

Sam Brown, who owns A-Maizeing-Farms in Mayfield, Ky., said the summer drought and 100-degree days ruined his farm's 20-acre corn maze, leaving stalks knee- to waist-high -- far too short for use as a maze. Instead, he's offering a petting zoo, pedal cart races and hay rides.

"The object of our maze is to find hidden checkpoints, and our checkpoints literally would have been taller than the corn in some of the fields," he said. "It would have pretty much been pointless."

For many farms and orchards, autumn is the peak agritourism season as families seek out a taste of rural life with outings to explore corn mazes, take hay rides and pick their own apples or pumpkins. Tourism generated about $566 million for more than 23,000 U.S. farms in 2007, according to the U.S. Department of Agriculture's most recent agriculture census -- a survey conducted every five years.

But just like farming itself, agritourism can be stung by the weather.

Apple orchards across the Midwest and New England suffered huge losses when blossoms lured into early bloom by a warm March were killed in April freezes.

Indiana apple growers have had one of their worst crops in eight decades. Many orchards canceled their U-pick apple seasons and shipped in apples from out of state or traded varieties with other orchards to meet customers' demand.

Tuttle Orchards, a central Indiana farm with 30 acres of trees, lost all but about 10 percent of its apple crop in April. Mike Roney, who co-owns the orchard near Greenfield, Ind., said it might have been the worst freeze damage ever at the farm his family has owned for 84 years.

At Crane Orchards, a 120-acre top U-pick tourist destination in Fenville, Mich., co-owner Rob Crane said just 5 percent of his apple crop survived the icy nights on his family's fifth-generation farm a few miles from Lake Michigan. With so few apples, its normal 60-day U-pick season shrank to a couple of weeks, and the last trees were picked clean before October.

Despite the lack of apples, Crane is hoping people still come to the farm for a hay ride along its lake and rolling hills, to navigate its corn maze or indulge in fruit pies and other homemade treats served at its restaurant.

The colors won't be so bright in some places. Felicia Fairchild, executive director of the Saugatuck/Douglas Convention and Visitors Bureau in southwestern Michigan, said some drought-stressed trees in her area dropped their leaves early.

But despite a less brilliant landscape and lack of apples, she expected bustling fall business in an area often called the "Art Coast of Michigan" because of Saugatuck and Douglas' art galleries, shopping and bed and breakfast inns along Lake Michigan.

"I don't think it's going affect our business at all, but it always adds to it if there's really beautiful foliage," Fairchild said.

Others in the industry took steps to ensure their fall seasons weren't a total loss.

Greg Hochstedler, who owns the 160-acre Boondocks Farms about 30 miles east of Indianapolis, canceled his corn maze this year because the June planting time coincided with sweltering 100-degree days and the worst drought in decades.

"It was too dry, too dusty. It would have been a waste of seed," Hochstedler said.

Instead, he's focused on hosting fall weddings to make up some of the revenue usually generated by about 5,000 people who pay to get turned around in the corn labyrinth.

The farm has held about a dozen weddings this fall at its 4,000-square-foot pavilion, which has walls that can be rolled up to reveal views of the surrounding countryside.

Roney, the Indiana orchard owner, found a bright spot in his pumpkin patches, which were irrigated and emerged from the drought with a fine crop.

"We actually have one of the best pumpkin crops we've ever had as far size goes and quantity," Roney said. "I don't know why that is -- maybe they just liked the heat."