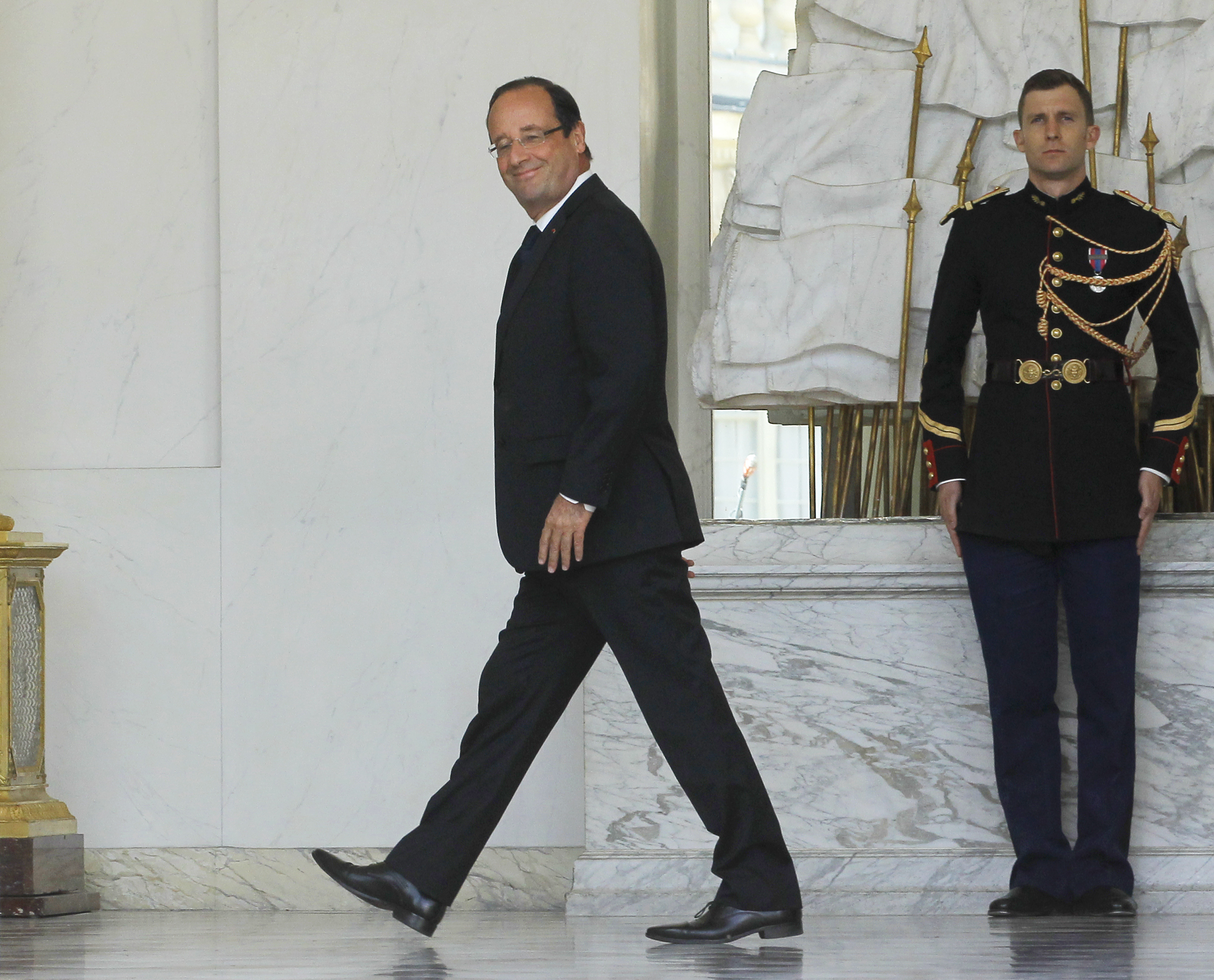 (AP) PARIS - France's new Socialist government moved Wednesday to lower the retirement age from 62 to 60 years old for certain workers, bucking a global trend in a gesture to unions that critics say is a costly mistake.

Governments from North America to Europe have been pushing retirement ages higher and higher in recent decades, as people live longer and spend more years on state-sponsored pension checks.

New French President Francois Hollande, who won election last month on a wave of voter anger at austerity measures, proved Wednesday that his leftist campaign rhetoric was not just bluster.

Hollande to Merkel: Everything "on the table"
Austerity meets voter backlash in Greece, France

The minimum retirement age went from 60 to 62, and the age to receive a full pension regardless of how many years you pay into the system went from 65 to 67.

On Wednesday, Hollande's government presented a draft decree at a Cabinet meeting that reverses the retirement age to 60 for those who enter the workforce at 18 or 19 years old and have contributed long enough to the pension system. The right to retire at 60 was seen as a pillar of France's social benefit system for decades.

The government said the decree, affecting about one in six retiring workers, will be finalized later this month and take effect in November.

The decree also slightly eases pension requirements for mothers, noting "the impact of motherhood on women's careers," and for people who suffer workplace accidents.

The hard-left CGT union hailed the move as a "striking decision that breaks with policies everywhere in Europe."

The government says the costs - estimated at euro 1.1 billion ($1.37 billion) next year - will be financed by a small rise in payroll charges paid by employers and employees. The government did not release a global cost for the measure.

Sarkozy and his allies argued that French workers had it too good, while busy workers in places like China and India are propelling their economies ahead.

France's leading business lobby, MEDEF, criticized the Hollande government's decree as "worrying for the financial future of the pension systems and for the competitiveness of businesses." Conservative politicians denounced it as short-sighted.

The Socialist Cabinet is making the change by decree, amending an existing decree on workers who serve especially long careers, instead of via a law, which would need approval by the lower house of parliament, currently dominated by conservatives.

France is holding parliamentary elections starting Sunday, and Hollande needs to secure a leftist majority to accomplish much of what he pledged on the campaign trail.

His push to lower the retirement age goes against demography: People in France live longer than almost anyone else in the world, with a growing life expectancy of 85 years for women and 78 for men. And it goes against the global tide.

In Italy, a few years ago some workers could retire as young as 50, but new austerity measures under Premier Mario Monti put an end to that. The retirement age was raised from 65 to 66 for men, starting this year. For women, it was raised from 60 to 66, starting in 2018.

Three decades ago, France's retirement age, at 65, was among the highest in Europe. In 1982, late Socialist President Francois Mitterrand lowered it to 60.