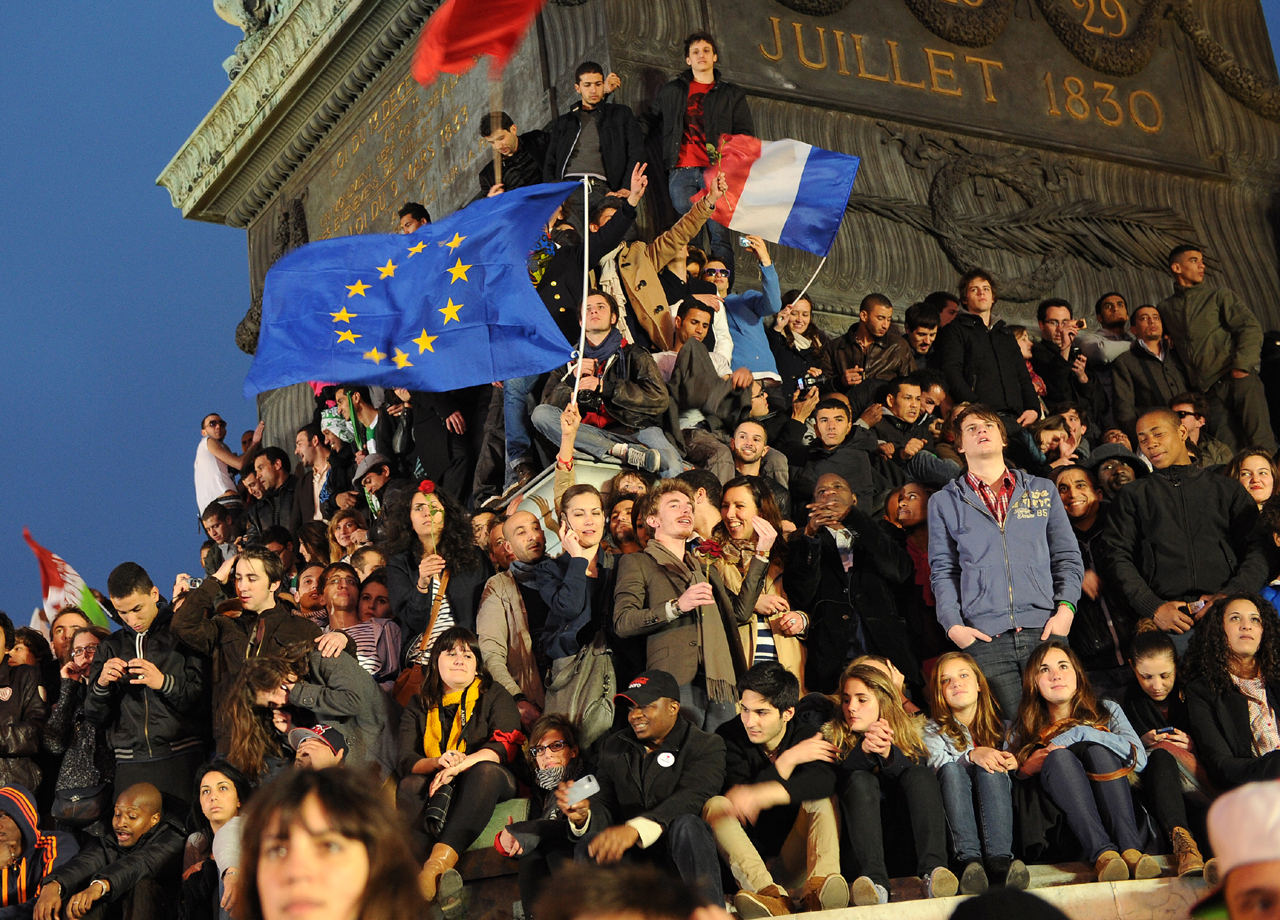 (CBS/AP) The results of national elections in France and Greece on Sunday were seen as a rejection of government spending cuts and other austerity measures intended to carve down debt as an instrument against recession.

In Greece, where unemployment is rampant, the election was voters' moment to vent their fury over two years of austerity that Athens has been pushing through to qualify for Eurozone bailout loans. Incomes, benefits and pensions have been slashed repeatedly and taxes hiked.

Parties backing the international rescue package lost their majority in Parliament. "Citizens sent a very clear message that they don't want this (austerity) policy to continue," PASOK spokeswoman Fofi Gennimata said. "It was a very great defeat for us."

The results increased the chances of a possible Greek exit from the common euro currency.

That uncertainty weighed on markets across Europe and in the U.S. on Monday, with the Athens exchange tumbling 7.3 percent in midday trading.

The results were even more pointed in France, where the incumbent president Nicolas Sarkozy lost his job to Socialist challenger Francois Hollande.

Sarkozy had allied himself with Germany's Angela Merkel in pushing austerity measures. Some of his proposals, such as raising the retirement age, had been met with stiff resistance.

In the run-up to Sunday's election Sarkozy promised to slash the government's payroll further, increase the sales tax, and restrict legal immigration.

Hollande (the first Socialist to hold the presidency since Francois Mitterrand left office in 1995) got elected by promising a new French revolution - that instead of the austerity and budget cutbacks that France (and Europe) are now enduring, the way out of the financial mess lies in more government spending and more government jobs, said CBS News correspondent Mark Phillips.

Fed up with austerity, France turns to the left
Commentary: France's Hollande could struggle to change course

Following his victory, Hollande told cheering supporters, "In all the capitals, beyond all the heads of government and state, there are people who, thanks to us, have hope and who are watching us and want the end of austerity. That is my message. You are much more than a people who want change - you are already a movement that is rising up to carry our values and aspirations across Europe and perhaps even the world."

Appearing on "CBS This Morning," former Labor Secretary Robert Reich said, "Hollande basically is saying, 'We are not going to embrace austerity economics' - that is, cutting budget deficits, cutting safety nets as a means of restoring so-called confidence in the business sector. 'We are not going to sacrifice our economy for the sake of the bond traders.' ... But as a practical matter, they've got to do some of that."

Turnout in France was high, at about 80 percent. Conversely, in Greece - where voting is officially compulsory - Sunday's turnout was low for that country, at 65 percent.

Official results showed conservative New Democracy came first with 18.85 percent and 108 of Parliament's 300 seats. Party leader Antonis Samaras (who backs Greece's bailout commitments for austerity but has called for some changes to the bailout plan) will launch coalition-forming talks later in the day. Samaras has three days in which to build an alliance, after receiving the formal mandate from President Karolos Papoulias Monday.

"I understand the rage of the people, but our party will not leave Greece ungoverned," Samaras said after Sunday's vote.

But striking a coalition deal could prove impossible because even with the support of the only other clearly pro-bailout party elected, Socialist PASOK, New Democracy would fall two seats short of a governing majority.

Disaffected voters deserted PASOK and New Democracy, the two mainstays of Greek politics. Instead, strong gains were registered by smaller parties, including the extremist Golden Dawn.

That party has been blamed for violent attacks on immigrants and ran on an anti-immigrant platform, vowing to "clean up" Greece and calling for land mines to be planted along the borders. It got 6.97 percent of the vote -- a stunning improvement from 0.29 percent in 2009 -- and won 21 seats.

If the deadlock does not ease, Greece faces new elections under a caretaker government in mid-June, about the time it has to detail new drastic austerity measures worth euro14.5 billion ($19 billion) for 2013-14.

In June, Athens is due to receive a euro30 billion ($39.4 billion) installment of its rescue loans from the other countries in the 17-strong eurozone and the International Monetary Fund.

Analyst Vangelis Agapitos said protracted instability would threaten the country's eurozone membership. Greece's debt inspectors -- the eurozone, IMF and European Central Bank, collectively known as the troika -- could turn the screws by halting release of the bailout funds until Athens moves forward with its pledged reforms.

"If the troika rattles our bars, then either the people will come to their senses at the next elections or the country will enter an alternative course, and when we open that door we will see what kind of chaos -- or paradise -- lies behind," Agapitos said.

If no coalition deal can be reached by May 17, the country will hold new elections a month later, which will bring even more uncertainty.

"I can see no good reason why anyone should want to invest in Greece when it doesn't have a government and it is unclear what strategy it will pursue," he said.

France has awoken to a new era after electing the Hollande as president, a leftist pledging to buck Europe's austerity trend and NATO's timetable for Afghanistan.

At an appearance before crowds on Paris' Place de la Bastille in the early morning hours Monday, Hollande pledged "to finish with austerity."

He will officially become president on May 15.

Sarkozy is now the latest victim of a wave of voter anger over spending cuts in Europe that has ousted governments and leaders in the past couple of years.

A lackluster economy and his inability to make good on his 2007 campaign promises to shrink persistently high joblessness didn't help. In the fourth quarter of 2011, France's unemployment rate was nearly 10 percent. In January, S&P downgraded France's state debt rating from its top tier, delivering a blow to his image as financial manager-in-chief.

Final results from France's presidential election show Hollande narrowly defeated Sarkozy with 51.62 percent of the vote, or 1.13 million of the 37 million votes cast in Sunday's election.

Sarkozy, who finished the first round about half-a-million votes behind Hollande, failed in his bid to attract sufficient votes from supporters of far-right leader Marine Le Pen.

The head of the National Front party refused to endorse either candidate and said she would cast a blank vote. In that, she was followed by more than 2 million others, a total far higher than in previous elections.

Janis Emmanouilidis, senior policy analyst at the European Policy Center, said there is a chance of change in the political landscape of the European Union, but that leaders in Paris and Berlin will have to strike a balance. "I think their pragmatism will prevail, that they will be looking for compromises and that the pressure of crisis will pull them together and make them come up with a consensus solutions which will go further than we've seen up till now," he said.