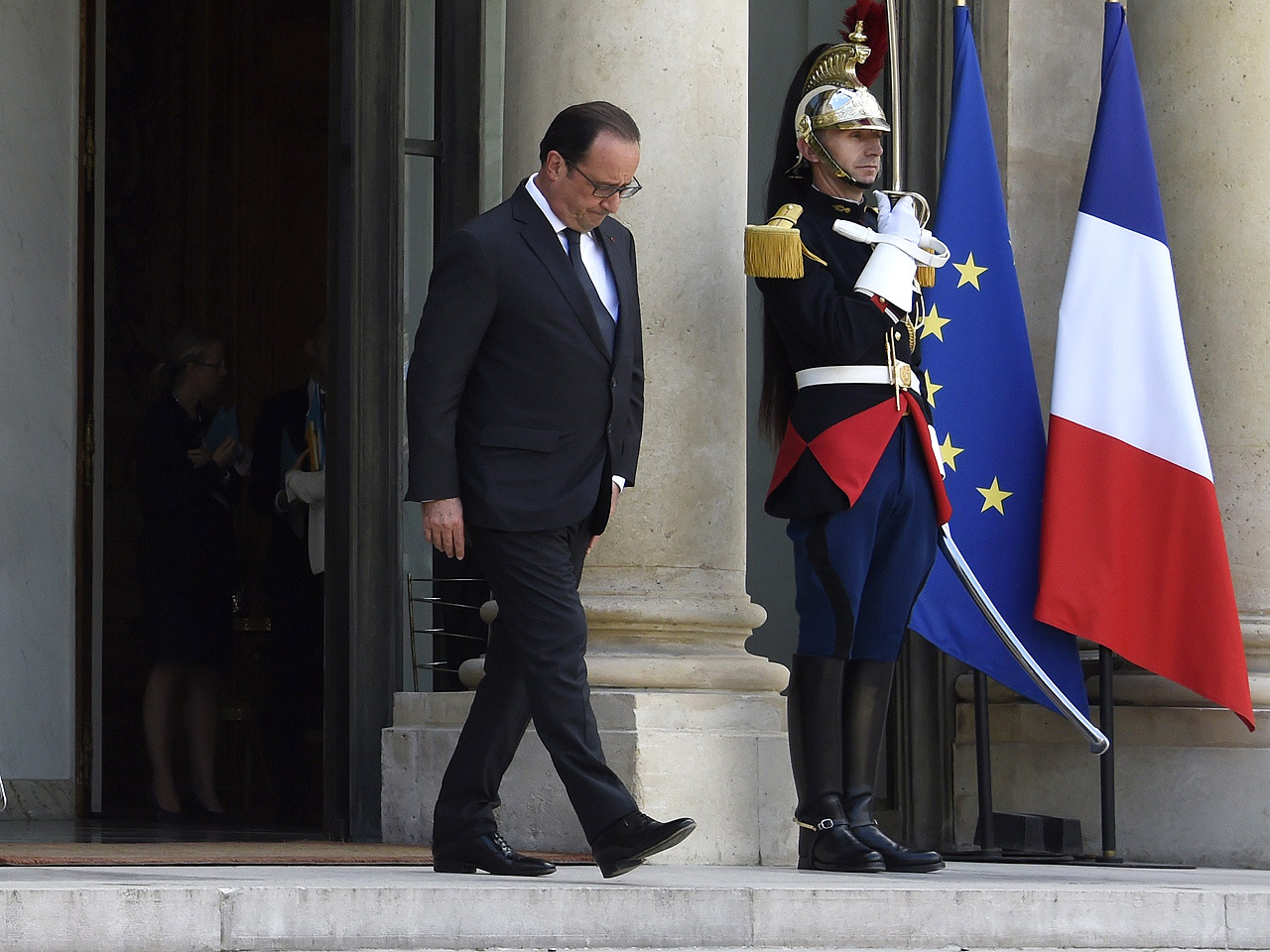 The Elysee palace, the president's office, issued a statement after the gathering calling the purported spying "unacceptable," reported CBS Radio News' Elaine Cobbe. The palace said the U.S. had made promises 18 months ago when widescale data collection on the French people by the NSA was revealed, and that those should be "strictly respected."

France "will not tolerate any activity that threatens its security and the protection of its interests," said the statement.

Foreign Minister Laurent Fabius summoned the U.S. ambassador to France to explain the purported evidence that the NSA spied on three French presidents between at least 2006 and 2012, a French diplomatic source told The Associated Press.

The WikiLeaks documents published in French daily newspaper Liberation and investigative website Mediapart late Tuesday include material that appeared to capture officials in Paris talking candidly about Greece's economy and relations with Germany.

Ironically, they also include discussions about American espionage of its allies.

There was no instant confirmation of the accuracy of the documents, though WikiLeaks has a track record of publishing intelligence and diplomatic material.

WikiLeaks spokesman Kristinn Hrafnsson told The Associated Press he was confident the documents were authentic, noting that WikiLeaks' previous mass disclosures - including a large cache of Saudi diplomatic memos released last week - have proven to be accurate.

CBS News chief White House correspondent Major Garrett says the allegations comes as the U.S. and France work together on numerous foreign policy challenges, among them negotiations with Iran over ending its purported pursuit of nuclear weapons, the ongoing battle against Isis in Iraq and Syria, as well as continuing economic sanctions against Russia for its military incursions in Ukraine.

Garrett says there is no immediate suggestion the spying accusations will unravel this cooperation, but notes leaders in France, like Germany, cannot simply ignore the news. They must try and obtain clarifications about past actions and assurances about what the U.S. will do -- and, as importantly, will not do -- in the future.

The release appeared to be timed to coincide with a vote in the French Parliament on a bill allowing broad new surveillance powers, in particular to counter terrorist threats. The Senate approved it Tuesday and the lower house of parliament is expected to give it final approval Wednesday.

The release prompted uproar among French politicians, although it didn't reveal any huge surprises or secrets. France is among several U.S. allies that rely heavily on American spying powers when trying to prevent terrorist and other threats.

Hollande's Socialist Party issued an angry statement before the meeting Wednesday, saying the reports suggest "a truly stupefying state paranoia." Even if the government was aware of such intercepts, the party said, that doesn't mean "that this massive, systematic, uncontrolled eavesdropping is tolerable."

An aide to Hollande's predecessor Nicolas Sarkozy told The AP that the former president considers these methods unacceptable, especially from an ally. The aide was not authorized to be publicly named.

There was no immediate comment from former President Jacques Chirac, also reportedly targeted by the eavesdropping.

U.S. National Security Council spokesman Ned Price released a statement Tuesday evening saying the U.S. is "not targeting and will not target the communications of President Hollande."

"We do not conduct any foreign intelligence surveillance activities unless there is a specific and validated national security purpose," Price added. "This applies to ordinary citizens and world leaders alike. We work closely with France on all matters of international concern, and the French are indispensable partners."

Price did not address claims that the U.S. had previously eavesdropped on Hollande or his predecessors.

Ever since documents leaked by former NSA contractor Edward Snowden showed in 2013 that the NSA had been eavesdropping on the cellphone of German Chancellor Angela Merkel, it had been understood that the U.S. had been using the digital spying agency to intercept the conversations of allied politicians.