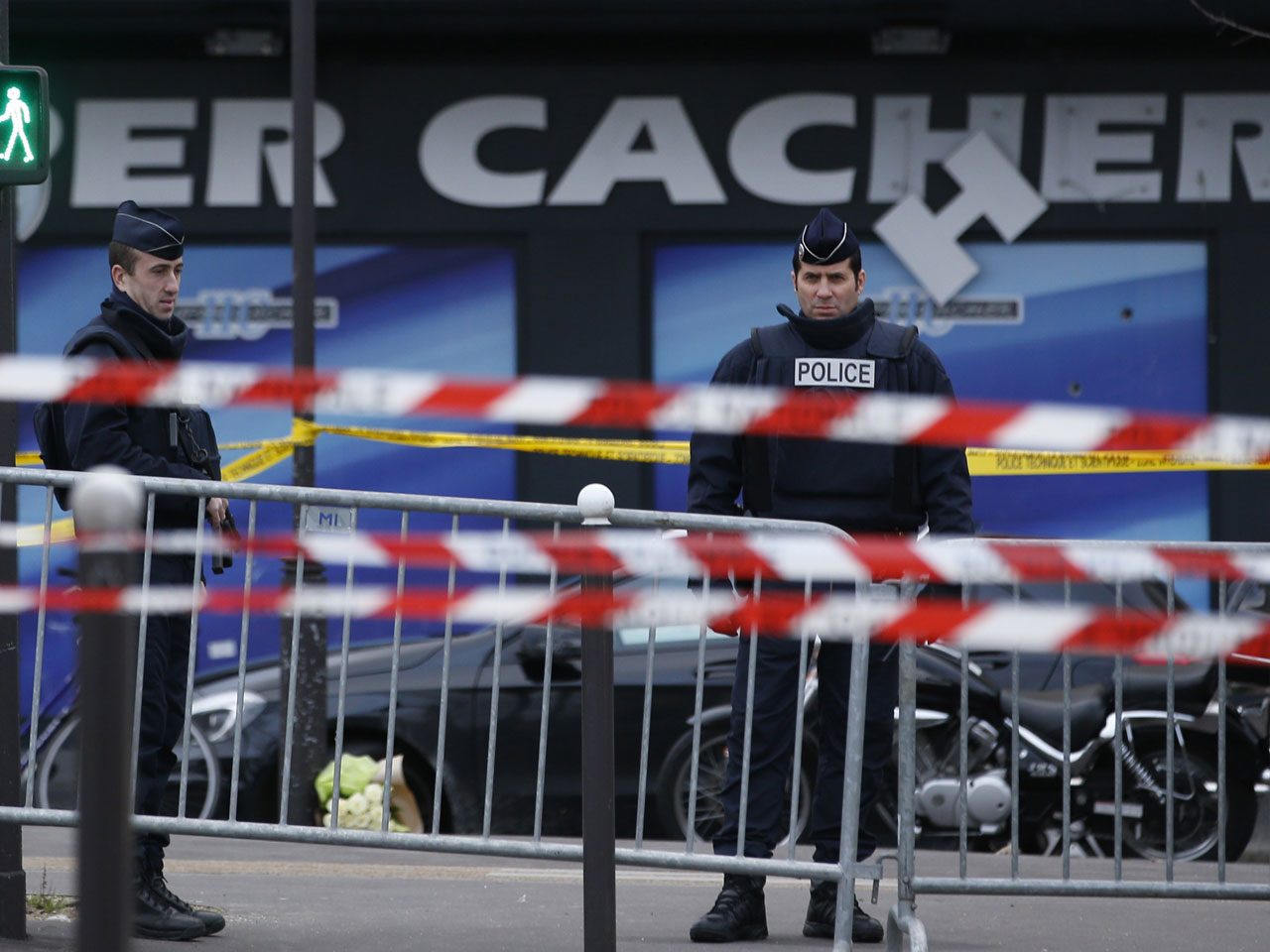 PARIS -- Four men were facing preliminary charges Tuesday on suspicion of links to a gunman involved in France's deadliest terrorist attacks in decades.

The Paris prosecutor's office said the four, who would be the first to face charges in the case, are suspected of providing logistical support to Amedy Coulibaly. Coulibaly shot a policewoman to death on the outskirts of Paris and then seized hostages inside a kosher supermarket, killing four before he was killed by police. It is not clear whether the suspects were involved in plotting the attacks or even aware of Coulibaly's plans.

The Paris prosecutor's office said five others arrested in the investigation were released Tuesday without charge.

The four men, all in their 20s, were to appear before an investigating judge later Tuesday. No other details were immediately available.

No one has been charged for direct involvement in the attacks Jan. 7-9 on satirical newspaper Charlie Hebdo, the kosher market and police. Twenty people were killed, including the three gunmen.

Coulibaly claimed allegiance to the Islamic State of Iraq and Syria (ISIS), but it remains unclear whether he actually had any connections to the group or was just a supporter. He grew up in one of France's neglected housing projects, where he became radicalized as a young man. There has been no evidence that Coulibaly ever traveled to Iraq or Syria to train with ISIS, nor that he received its support as he planned and carried out his attack.

The French-Algerian brothers who attacked Charlie Hebdo, Said and Cherif Kouachi, had links to and were at least partly funded by al Qaeda in the Arabian Peninsula (AQAP), the terror network's Yemen branch.

Coulibaly was friends with the Kouachis, and his common-law wife Hayat Boumeddiene exchanged hundreds of phone calls with one of the Kouachi brother's wives prior to the carnage. Analysts believe the friendship between the men was the origin of any link between the attacks on Charlie Hebdo and the police officer and hostages killed by Coulibaly, rather than coordination between the two terror groups, which are bitter enemies.

Also Tuesday, a Malian employee whose quick thinking saved lives at the kosher market was getting French citizenship, and New York Mayor Bill de Blasio arrived to pay respects to victims of the attacks.