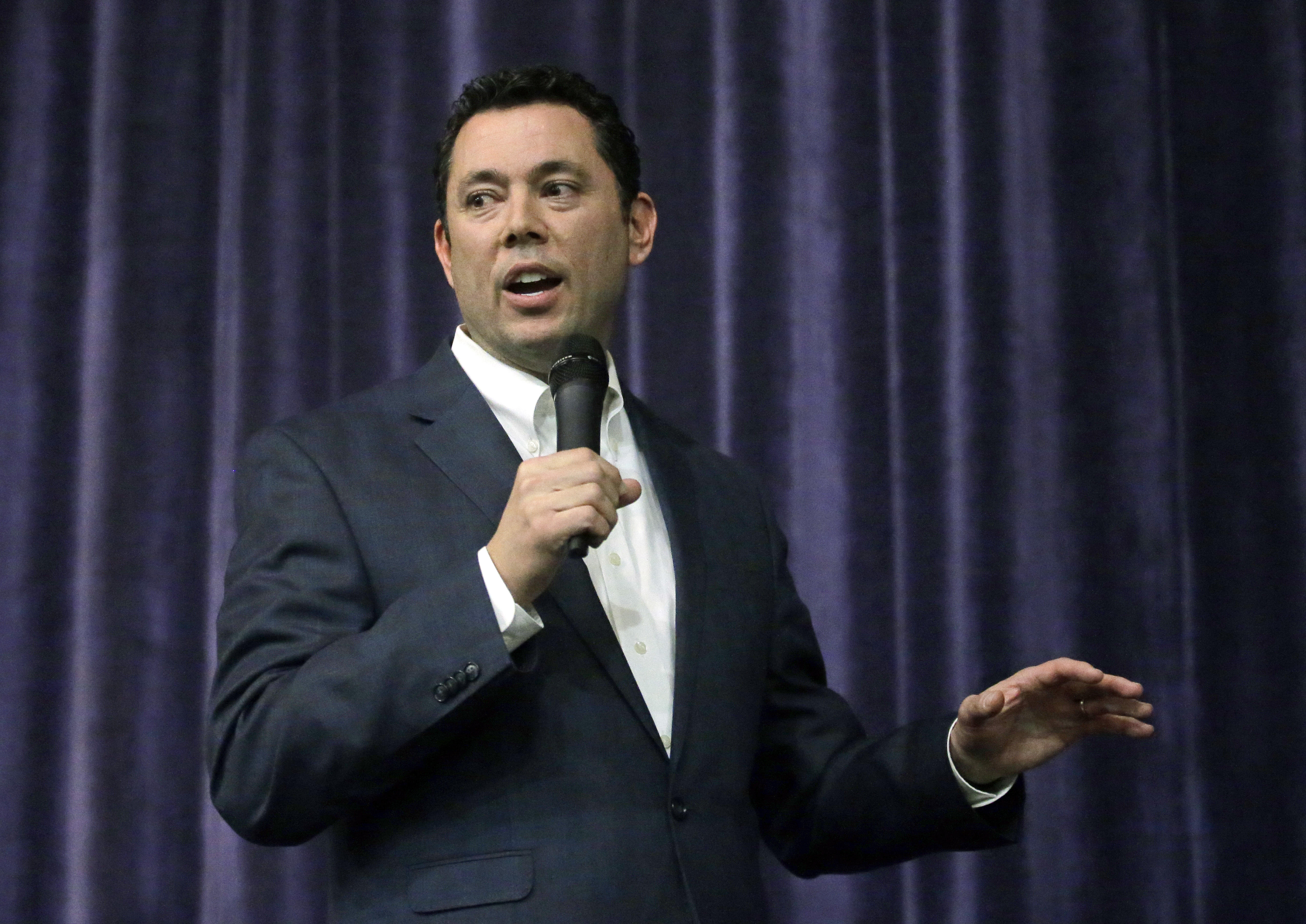 Outgoing Rep. Jason Chaffetz (R-Utah) has signed on with Fox News as a contributor, effective one day after he resigns from Congress this week.

Chaffetz, former chairman of the House Oversight and Government Reform Committee who oversaw the investigations into the IRS targeting of conservative nonprofit groups and the death of a U.S. ambassador in Benghazi, Libya, will offer political analysis on Fox News Channel and Fox News Business Network's daytime and primetime programs, according to a release from the network. Chaffetz, who in May announced he was leaving Congress to spend more time with his wife and family, officially resigns from Congress Friday, and starts his role with Fox Saturday. Chaffetz already makes frequent appearances on the network.

The 50-year-old Chaffetz had left the possibility of a contract with Fox open to speculation, and his decision not to finish his current term fueled speculation about the reasons behind his abrupt departure.

"For those that would speculate otherwise, let me be clear that I have no ulterior motives," he said in Facebook post first announcing his decision not to seek re-election. "I am healthy. I am confident I would continue to be re-elected by large margins."

Some viewed Mr. Chaffetz' position as chairman of the oversight panel as a difficult one, with the Trump administration in power. The role of Chaffetz' committee is to ferret out waste, fraud and abuse in the federal government, and as concerns over Russia and President Trump's vast business ties loom, the committee's ranking member Rep. Elijah Cummings (D-Maryland) and other Democrats have called on him to probe the administration more aggressively.

Chaffetz told The Hill in an interview published this week that he thinks members of Congress -- many of whom sleep in their offices -- should receive a $2,500 monthly stipend for housing in D.C., one of the most expensive housing markets in the country.