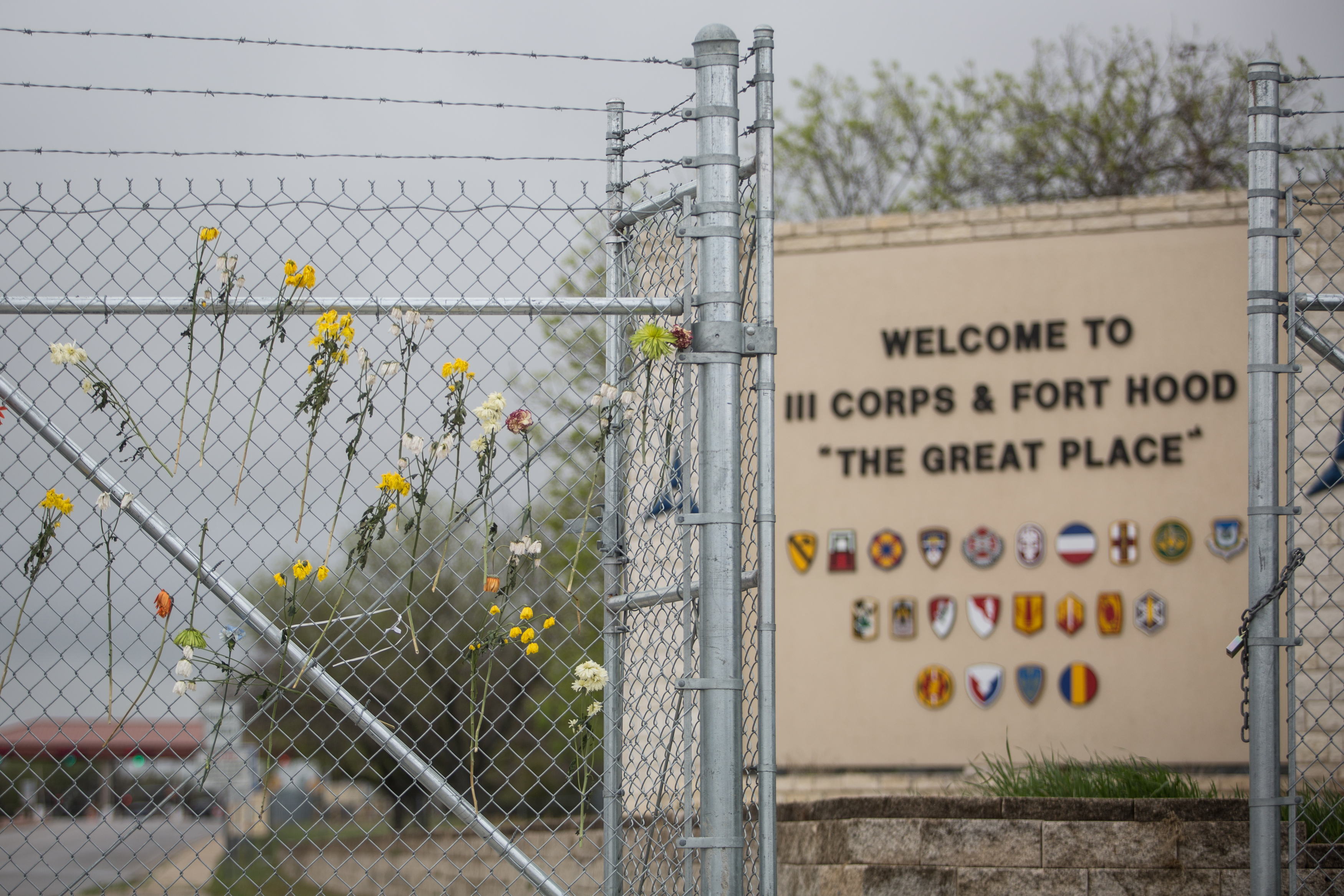 Last week's shooting at Fort Hood has reopened a debate about guns and mental health in the U.S. as lawmakers and public officials once again tackle the question of whether more can be done to address the rising threat of active shooter incidents.

The most recent incident, which involved an Army specialist who was being evaluated for post-traumatic stress disorder, is the third shooting on a U.S. military installation in the last five years. It is also the second that involved a gunman with mental health problems, the other incident being the shooting at the Washington Navy Yard last fall.

There is widespread agreement among both lawmakers and defense officials that soldiers returning from war need more attention paid to their mental health as well as their physical health.

"We do a very good job at fixing broken bodies, but not such a great job at healing broken minds with our returning veterans," Homeland Security Committee Chairman Rep. Mike McCaul, R-Texas, said on CBS' "Face the Nation."

Retired Adm. Mike Mullen, the former chairman of the joint chiefs of staff, said it is "a time of great stress for our military" because forces have been away from home for so long, and are dealing with issues ranging from anxiety, post-traumatic stress disorder and traumatic brain injuries to financial and personal problems.

"And now that we're going to be home more, I think we're going to see actually an increased number of challenges associated with that. And we all need to wrap our arms around the force to help them deal with those," he said on NBC's "Meet the Press."

Addressing those issues with financial resources is a different story, however. Military budgets are tighter than ever because of sequester cuts, and President Obama recently unveiled a budget that would reduce both defense spending and the size of active duty military, which has been met with harsh criticism by Republicans.

Even Democrats are wary of cutting the budget so much when it could mean squeezing resources from the military.

"It's been 13 years of war and repeated deployments. Congress should not stress [the military] further with things like sequester and budgetary moves that deprives them of the certainty they need," said Senate Armed Services Committee member Tim Kaine, D-Va., on "Fox News Sunday."

While Kaine - who was speaking about the Fort Hood shooing - said there shouldn't be any "blank checks" for the Pentagon, he added, "When we're requiring them to do across the board cuts, we need to look at the effects on mental health services."

Rep. John Carter, R-Texas, speaking on ABC's "This Week," called service members' mental health a "critical" issue that needs more resources from both the Defense and Veterans Affairs Departments to help ensure members of the military have a smooth transition back into civilian life.

But Congress has even struggled lately to pass legislation that would help those who have already served. A $21 billion bill that would have greatly expanded aid and other programs to veterans died in the Senate in February largely due to an inter-party fight over amendments, but also the cost of the bill itself.

Support for veterans traditionally has bipartisan support, just as find it easy to agree that mental health problems in the country need to be addressed. But spending money is always a trickier affair for Congress, and even seemingly simple issues go nowhere these days.

And with the specter of Second Amendment issues hanging over the recent tragedy, it becomes even harder.

For all the agreement on mental health, Republican lawmakers and military leaders seem to be at odds on how to best handle access to guns on military bases. McCaul is one of the lawmakers who believes that service members should be able to carry guns on military bases, which they are currently prohibited from doing absent specific permission.

"I think a lot of people don't realize that our military that defends our freedoms abroad, when they come home to the military base are not allowed to carry weapons. Now I think we need to have a discussion," McCaul said on "Face the Nation." "We need to talk to the commanders about whether it would make sense to have not all but maybe some of our senior leadership officers, enlisted men on the base, carrying weapons for protection."

Ideally, he added, there would be more military police officers on bases, but that suggestion is "not as realistic" given the current budget climate.

"It only takes a few minutes to wound and kill a large number of soldiers. Any time we see soldier on soldier, it's one of the most tragic things we can conceive. And if we had senior leadership armed, just maybe they could have stopped it before it got worse," he said.

Members of the current and former military leadership do not share his views.

"I'm not one -- as someone who has been on many, many bases and posts -- that would argue for arming anybody who is on base. I think that actually invites much more difficult challenges," Mullen said. And the day after the shooting last week, Army Chief of Staff Gen. Ray Odierno said, "We have our military police and others that are armed. And I believe that's appropriate. And I think that I believe that that allows us the level of protection necessary."

Dan Pfeiffer, a senior adviser to the president, said the Pentagon has studied proposals to arm more service members on bases and concluded it is not a good idea.

Kaine suggested the best place to stop violence is at the gates of military bases, and would only support a change in the rules if it were studied and backed by the military leadership.

Gun control also remains a fiercely divisive issue that remains largely unchanged by even the worst tragedies. Although proposals to increase background checks and other restrictions seemed poised for support after the shooting at Sandy Hook Elementary School in 2012 that killed 20 students and six teachers, not a single federal law was passed in response.

Despite the challenges of passing any gun legislation, that won't stop some lawmakers from looking to address what they see as a problem. The day after the second Fort Hood shooting, Rep. Steve Stockman, R-Texas, urged colleagues to support his bill to repeal the Clinton-era ban on military personnel carrying weapons on base.

"Only the most out-of-touch radical would try to disarm soldiers. It's time to repeal this deadly anti-gun law before it creates another mass killing," said Stockman in a press release. "This is another tragedy created by anti-gun activists. If members of Congress are protected by loaded automatic weapons in the Capitol they have no right to deny that right to trained soldiers on base."

Stockman introduced the legislation last September in response to the Navy Yard shooting. It was referred to the Subcommittee on Crime, Terrorism, Homeland Security, and Investigations and is awaiting action.