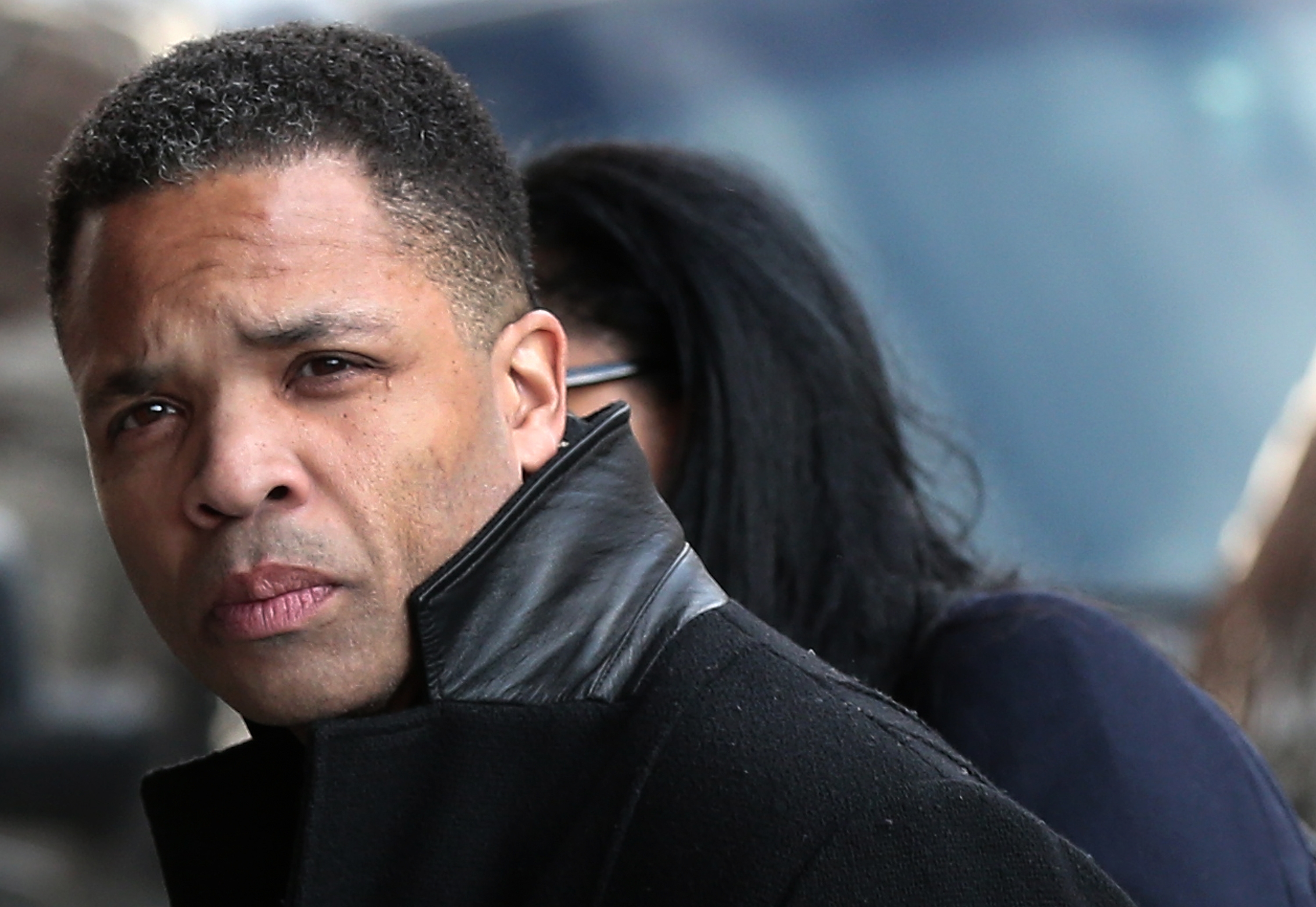 Former Rep. Jesse Jackson Jr., D-Ill., and his wife Sandra will appear in a federal courthouse in Washington, D.C. on Wednesday to find out how much time they'll serve for pillaging his campaign funds.

Jackson Jr., the son of Rev. Jesse Jackson, could face between 46 and 57 months in jail, based on federal guidelines, after pleading guilty earlier this year to one count of conspiracy. Charges were filed against him after he spent $750,000 in campaign funds on personal expenses like a gold-plated Rolex and fur capes for his wife. The government is requesting that Jackson Jr. be sentenced to a full four years in prison, and that he pay a $750,000 forfeiture and $750,000 in restitution.

In his sentencing memo, Jackson Jr. did not ask for a specific jail term but instead requested a sentence "below the federal guidelines' range" of 46 to 57 months. He also said he has no money to pay the restitution.

Sandra Jackson, a former Chicago alderman, pleaded guilty to a related tax charge. Federal prosecutors are requesting that she be sentenced to an 18-month sentence in prison and pay $168,550 in restitution.

She is asking for probation, citing the impact incarceration would have on the Jacksons' children, who are nine and 13 years old. In his filing, Jackson Jr. also requests they serve staggered prison terms if both he and his wife are sentenced to prison.

Jackson Jr. filed information in court under seal pertaining to "personal and medical information" about the family. While under investigation last year, Jackson struggled with his mental health. He spent four weeks at the Mayo Clinic in Minnesota last summer in treatment for bipolar depression.

In spite of his problems, Jackson last year won re-election in Illinois' second district, which he had represented since 1995, with 63 percent of the vote. About two weeks after the election, however, Jackson gave up his seat, reportedly as a condition of his plea agreement.

In letters filed with the court, Jackson Jr.'s former constituents have asked Judge Amy Berman Jackson (who is of no relation to Jesse and Sandra Jackson) to treat the couple as any other citizens under the law, in spite of their personal and medical circumstances.

"Arguably, all people are sick in some way or the other but now that they are facing sentencing, they want to play the sick card," one woman wrote to the judge.

Another former constituent wrote, "If after all the Jacksons have brazenly done, they get to walk or get a mere slap on the proverbial wrist with no real jail time, you will have weakened our system of justice throughout the land."

More than 100 other letters, meanwhile, came in from the Jacksons' family and friends, asking the judge to show mercy. Jackson Jr.'s mother Jacqueline Jackson wrote that as her son suffered from mental illness last year, she found him "grossly underweight and in poor health," noting that his congressional office "was in total disarray, which was most unusual for my son."