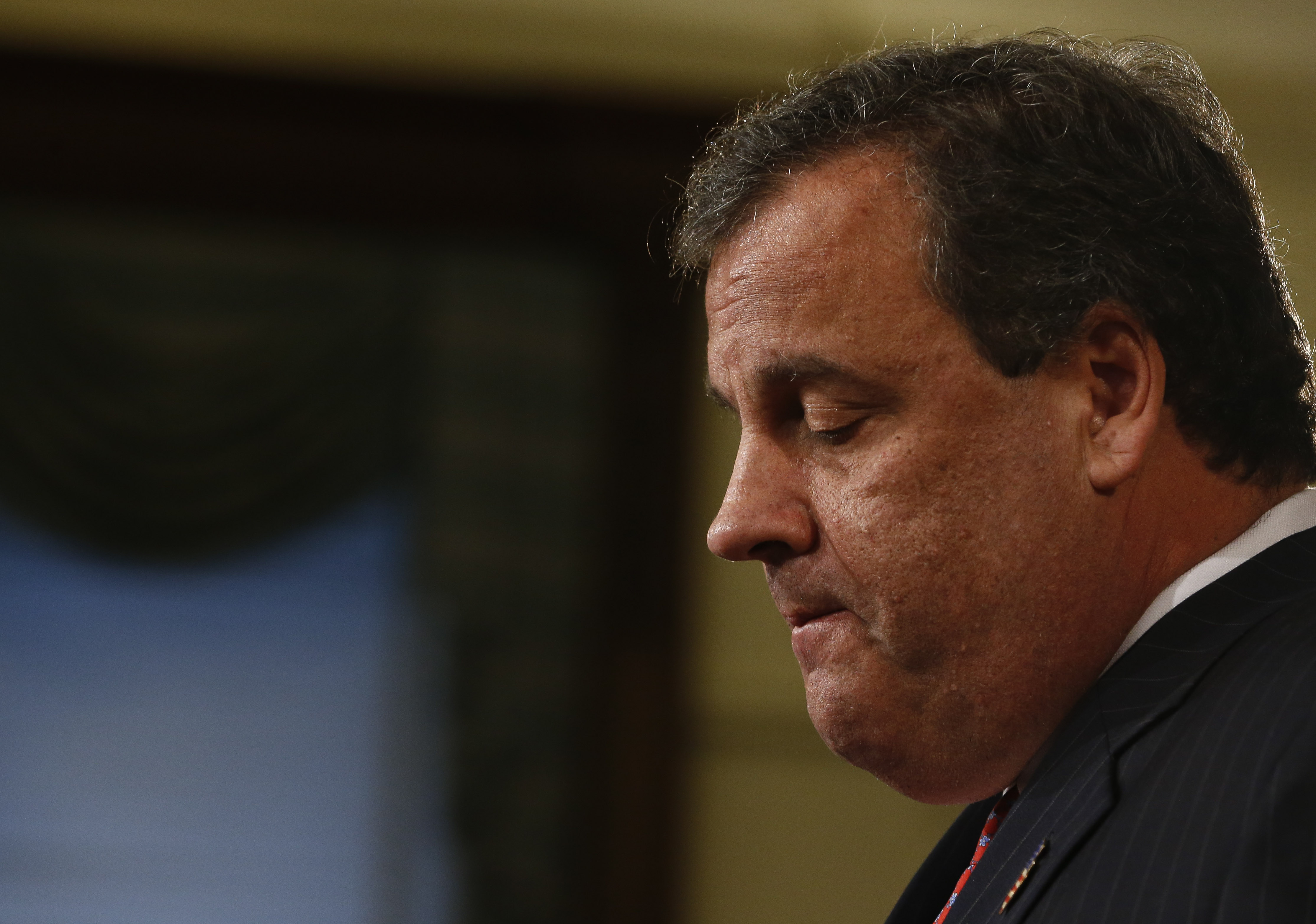 NEWARK, N.J. -- A former aide to Chris Christie texted to a colleague that the New Jersey governor "flat out lied" about the involvement of his senior staff and campaign manager during a news conference about the George Washington Bridge lane-closing scandal, according to a new court filing.

A transcript of the text is contained in court filings submitted late Tuesday by attorneys representing Bill Baroni, who faces trial next month with Christie's ex-deputy chief of staff, Bridget Kelly, on charges they helped orchestrate the September 2013 lane closures.

The closures were meant to create traffic jams in the city of Fort Lee to punish its Democratic mayor for not endorsing the Republican governor, prosecutors say.

Speaking to reporters in New York after appearing on a sports talk radio show Wednesday morning, Christie denied the claim that he lied.

"I absolutely dispute it. It's ridiculous. It's nothing new," Christie said. "There's nothing new to talk about."

He also noted that the information came from a filing from a defense lawyer and wasn't from someone who was under oath.

Christie wasn't charged in the lane-closing scandal and has denied knowing anything about it.

The text exchange between Christina Renna, Christie's director of intergovernmental affairs, and Peter Sheridan, a staffer on his re-election campaign, came while Christie was telling reporters at a news conference in December 2013 that no one in his office was involved in the lane closings.

According to the court filing, Sheridan texted Renna to say Christie was "doing fine. Holding his own up there."

Renna responds with, "Yes. But he lied. And if emails are found with the subpoena or ... emails are uncovered in discovery if it comes to that it could be bad."

At the news conference in question, Christie said he had "made it very clear to everybody on my senior staff that if anyone had any knowledge about this that they needed to come forward to me and tell me about it, and they've all assured me that they don't."

Stepien was Renna's boss when she joined the Office of Intergovernmental Affairs in 2010, Renna told a legislative committee investigating the lane closures in 2014. Kelly eventually took over for Stepien. The office was responsible for outreach to county and local officials.

Christie cut ties with Stepien in January 2014 after a nearly two-hour news conference in which he apologized for the lane closures but denied any knowledge of them or a cover-up. Stepien, who is now executive director of a think-tank created by Republican Lt. Gov. Kim Guadagno, has not been charged.